The coronavirus pandemic has imposed profound changes on a planetary scale. Whether in the personal, social, economic, political or religious field. For the Fraternity–International Humanitarian Federation (FIHF), a non-profit civil organization, it was no different. Projects and partnerships are being adapted to the new imposed reality, but without ever lacking creativity, empathy, solidarity and fraternity.

With the arrival of July, a new semester begins with new challenges. Friar Luciano, general manager of the Fraternity (FIHF), assesses the impact of the pandemic on the institution’s projects, and designs new strategies for the semester starting now. According to the manager, “at the end of February, with the beginning of the pandemic, we realized that most of our strategies would have to be revised and adapted to a scenario that still remains quite uncertain.” Friar Luciano tells us about these projects:

We were focused on improving the interaction with other states in Brazil to further new possibilies of life for indigenous and non-indigenous refugees who are in shelters under the management of the Fraternity (FIHF). Due to the pandemic, we had to reduce the number of people going through the interiorization process due to health and air flight restrictions. In the meantime, we are adjusting the planning with the UNHCR and Acolhida (Welcome) Operation so that the essence of some of the humanitarian proposals that characterize our action, in particular the scenario in Roraima, is gradually resumed.

Interiorization process in the Transition Shelter (ATM) in Manaus

Pandemic containment in the shelters

We are in a stage of containment of the pandemic within the shelters of Roraima and in the Transition Shelter (ATM) in Manaus, and we consider it to be practically under control; however, the situation is still uncertain because of the reality being faced in the cities where the shelters are located.

The Colombia Mission’s actions are mainly focused on education, but it was momentarily interrupted by sanitary and visa issues, and we are waiting for the situation to stabilize so that we can carry out the planned projects, as an example: a project in the field of Emergency Pedagogy in partnership with the Mahle Institute; the International Seminar for Education in Emergency Situations and Humanitarian Responses, which was scheduled to take place in Colombia in May, had to be postponed to the beginning of 2021, depending on the situation of the pandemic. We will probably do an introductory Webinar to the Seminar this second semester, but the date is yet to be confirmed. Several international agencies, universities and members of the Interagency Group on Mixed Migratory Flows (IGMMF), of which the Fraternity–International Humanitarian Missions (FIHM), [affiliate working in Colombia] is a part of, are in alignment with us for this Seminar. 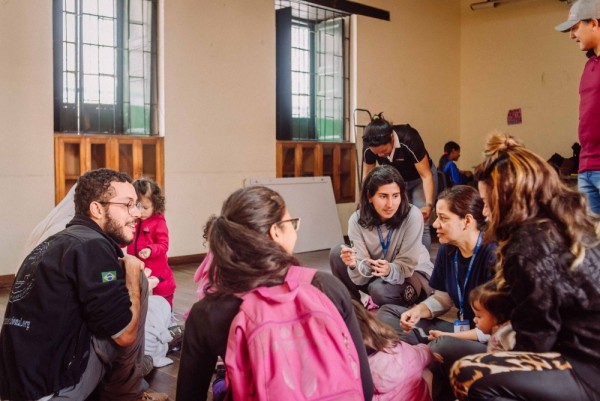 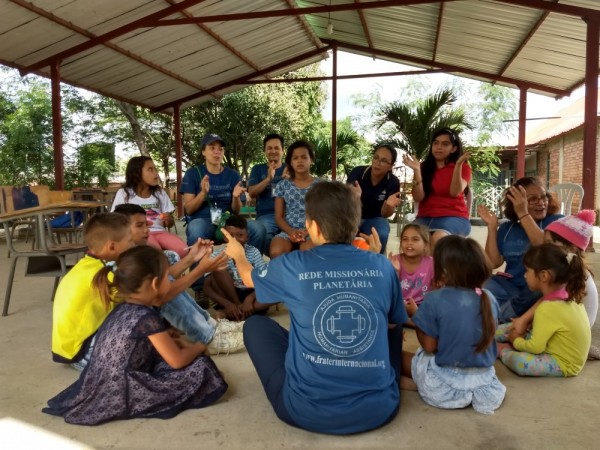 While the situation has not been defined, the missionaries of the Fraternity–Missions (FIHM) are participating in a training course in Pedagogy of Emergency to receive certification and, thus, be able to exert a better performance in this field.

There is a missionary work being carried out in Angola, via the internet, with Casa de Santa Isabel, which seeks interaction to improve the living conditions of the community, especially children and young people. In this way, we are able to anticipate our actions needed in this country, until we can arrive physically, through our missionaries. In parallel, we are preparing the necessary documentation so that the Fraternity–Missions (FIHM) can operate in the country.

Resumption of some missions

We operated in Greece until 2018, with some sporadic mission trips into Turkey, to assist Syrian refugees, and we are waiting for better conditions so that the mission can be resumed. The same goes for the Brumadinho Mission, through which we hope to return with psychological and psychiatric care for the families who were victims of the breach of the Vale do Rio Doce dam.

Missionaries of the Brumadinho Mission visit victims of the dam breach

As the Fraternity (FIHF) has become a focal point of the Sphere Handbook in Brazil, we are finalizing, first of all, its translation into Portuguese and we are also learning to be trainers/instructors and then we will be able to start proposing partnerships with city halls and institutions from different cities in Brazil, in which we have groups and centers, and with Senai, Fiesp, School of Magistrates of the TRF3-SP.

Through these partnerships, we will be able to expand the dissemination of the Sphere Handbook and make it better known in Brazil, as it is not the type of material that has been necessary to use [until now], because it is the first time that we have a humanitarian mission in this country like the one that welcomes Venezuelans in Roraima.

Sphere Handbook in the process of being translated into Portuguese

We are studying Project Management so that we can have more professional tools to consolidate the international performance of the Fraternity (FIHF), through the affiliated Fraternity–Missions (FIHM), in its various fields: Pedagogy of Emergency, psychology and psychiatry, application of the Sphere Handbook in shelter management, first responders in emergency situations. In this way, we are drawing our future steps of action and training ourselves for the work to be carried out in 2021.

*With the exception of the photograph that depicts the production of masks, all the others were made in the period before the pandemic.