Fraternal Meeting of Choirs of the Light-Community of the Brotherhood 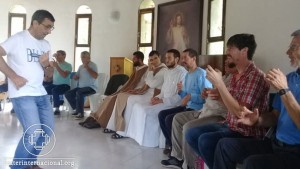 A beautiful musical conjuncture arose in the Light-Community of the Brotherhood, in Cordoba, Argentina, from January 19 to 21, in which took place a meeting of brothers and sisters dedicated to service through music.

Canticle to the Most Chaste Heart

The first offering of the choir was to rehearse the Hymn to Saint Joseph, receiving from Him His paternal blessing for this meeting.

Different vocal exercises were shared and practiced, and as the day came to an end, the group offered the song to the Universal Mother through the transmission via the channel of Prayer for Peace in the Nations, which, at the request of the Divine Mother, prays every Saturday for Argentina, Paraguay, and Uruguay.

The voice of the heart 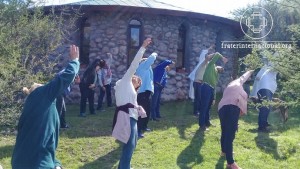 On the second day, after a vocal stretching and warming up, which is a fundamental part of the choral work, José Carlos shared with the group different didactic exercises to unify voices, interpret the essence of the different pieces and recognize the potential that exists in each one, to put it to service then. 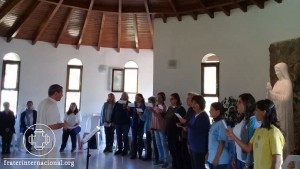 The group worked two songs under the conduction of Juan José Callá (from the Choir of Buenos Aires), and one of them was offered at night at the Prayer for the Nations of Mexico, Central America and the Caribbean. Those who heard it strongly felt that the group offered the song Dona Nobis Pachem with the heart, generating a very special harmony, which the brothers and sisters from Mexico deeply thanked. 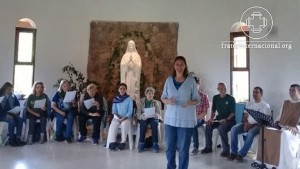 A special joy flooded the work of the third day. Among didactic musical games, songs and group unity, a smile emerged on the face of each choralist, thus sealing the certainty that music unites, heals and collaborates in the elevation of souls and hearts.

“It was a meeting with a lot of joy. We practically worked all the time with music, with sound, but we also worked brotherhood, fraternity, everything that our hearts feel like living.

This meeting marked a before and an after in us, in our choral work, and in our work as brothers and sisters”, comments Roxana Nogueira, a member of the Choir of Buenos Aires. 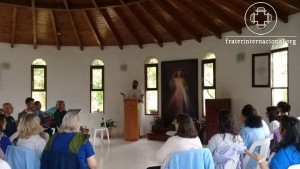 The meeting concluded with the ecumenical Communion, praising the presence of Christ through the ardent voices that sang the canon Per Crucem, thus offering to the Father Creator the fraternity lived in these days.

“I feel immense gratitude, firstly to the Universe for having made possible this opportunity of feeling there are no barriers on this planet, that we are children of the same Father, that we are part of a single fraternity that feels the purpose of the Only and One and which Works for Him through selfless service, in this case through the music that we offer”, concludes José Carlos.