The Important Task of Reusing Food and Avoiding Waste

On this September 29, chosen by the UN to be International Awareness Day on Food Loss and Waste, we highlight some simple actions developed by the Figueira Light-Nucleus in São Carlos, affiliated with the Fraternity – International Humanitarian Federation (FIHF), which contribute to less food and natural resources being wasted daily.

According to the Food and Agriculture Organization (FAO) of the UnitedNations, a third of the food produced worldwide for human consumption is lost or wasted, while 800 million people in the world suffer from a lack of food. On average, each Brazilian family, according to this research, wastes the alarming amount of 128.8 kilos (280 lbs.) of food every year.

There is an urgent need for re-evaluating the way modern society has been dealing with this question, and how small and simple actions adopted by each person in daily life can help in mitigating the situation.

The Actions of the Figueira Light-Nucleus in São Carlos

The Light-Nucleus fosters various actions in the protection of natural resources and in the whole cycle of production, storage and use of food.

Meals are always planned according to the number of people present, as Sister María del Verdún, monk of the Grace Mercy Order, explains: “our rule is to not place even a grain of rice in the trash; and so, nothing is lost, everything can be transformed; in this way, the leftovers from a meal are recycled and used for making the next meal in the form of dumplings, cakes, soups, etc.” A group of collaborators takes care of all the production of food, as the monk clarifies: “we have a plantings sector that produces vegetables, medicinal herbs for teas, roots and fruit.”

As to taking care of the food, the sister highlights that “the grains and cereals, which many times are received by donations, are placed in the sun for some days and then stored in a refrigerator to extend the shelf life.” 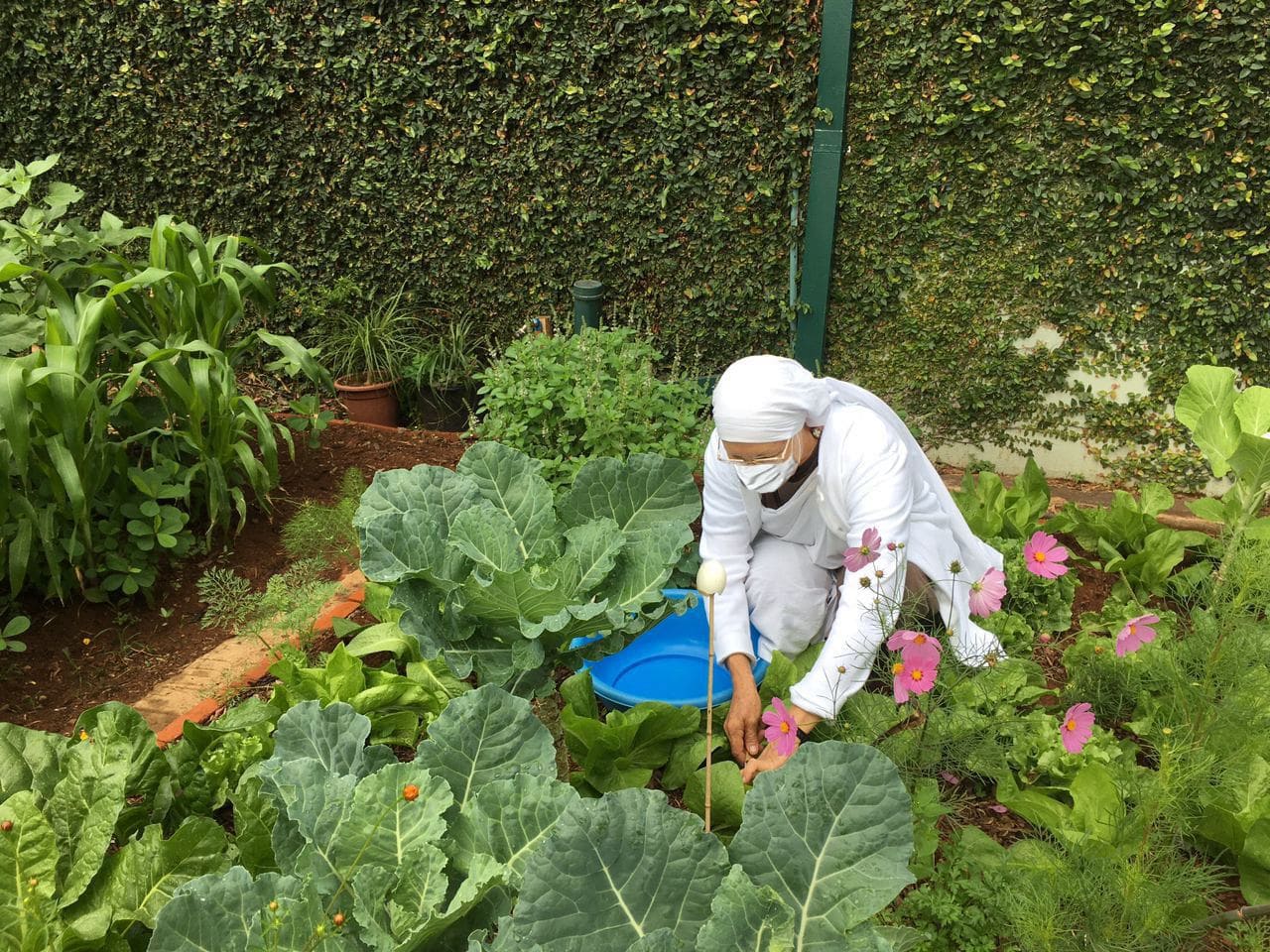 Respect for the resources of nature

Responsibility in the use of water is present daily in the Nucleus, and even included in the small details, according to what the sister describes: “as to a conscious use of water, already for many years we have used a system with bowls for washing the dishes. In the first bowl we rinse off the remnants, in the second bowl we soap the dishes, in the third bowl the first rinse, in the fourth bowl the final rinse with just a trickle of water. The water from the last two bowls is used to water the grass.”

And she adds: “we also take the water from the clothes washing-machines for cleaning the rooms and watering the gardens, and we have short-term projects for rainwater harvesting through the gutter system.” She also details the other processes concerning the whole food chain:

1. “Our planting sector uses pure seeds that have not been genetically modified, and our production is completely organic, without the use of chemicals and agro-pesticides in getting rid of pests;

2. All vegetable discards, the skins and shells of the fruit and legumes we eat are used as fertilizer for the vegetable garden through a composting system;

3. To enrich the soil, we use limestone, cattle manure, sawdust, coffee grounds, and the results of the compost fermentation;

4. We fight pests with homemade defensive products that do not harm the environment.” Considering that an expansion of consciousness is important for the new mentality to emerge, the São Carlos Nucleus offers some external projects.

“We have projects to work with socially and economically vulnerable communities in gardening, using pure seeds, motivating them to not only be self-sustaining, but to also develop their ability to understand the environment in which we live, and all the aggression we inflict on nature, with the consequences of those acts,” says the sister.