Humanitarian Roraima Mission – Activities of the beginning of the year 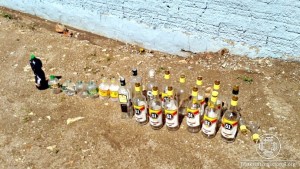 Alcoholic drink found in the shelter

After the turn of the year, on the 2nd of January, the missionaries of Fraternidade – International Humanitarian Federation – worked in the structure and the organization of the House of Passage, the shelter destined to the Venezuelan immigrants in the city of Pacaraima. Due to the festivities of the end of the year, there was a lot of dirt and some sheltered people were drunk. The taps of the sinks of the laundry were damaged.

Still on the 2nd, the team of Fraternidade participated in a meeting with the Roraima Labor and Social Welfare Secretary (Setrabes), the City Hall of Pacaraima and representatives of the sheltered, to establish a deadline of three months for permanence in the shelter. All agreed with the decision. 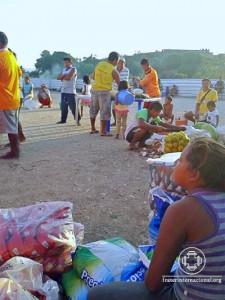 Distribution of food in the shelter

The resolution of the day before about the deadline for permanence was informed to the sheltered.

The delivery of food, which occurs twice a week, was done. Before the distribution, one Indigenous person said a prayer of thankfulness. A very beautiful moment, which touched the heart of everyone.

Approximately 25 children did activities that stimulate creativity, such as drawing, coloring, playing, besides the making of a shuttlecock.

The moving of a storage of donations which was located in a place loaned by the City Hall was concluded. A general cleaning was done in the new place. Now the foods are stored and distributed in the shelter itself.

Several people were taken to hospital during the day, especially children with breathing diseases. 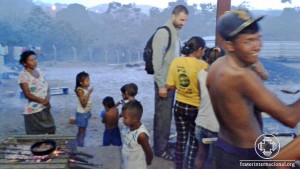 Weekly visit to the condominium

The weekly visit to a condominium where 35 Venezuelan people are lodged, including both Indigenous and non-Indigenous people. Before the occupation, this condominium was a semi-abandoned and very precarious place. There is no electric energy there, only water. The needs of the residents were listed: food, medicines, clothes, mosquito nets and several others.

The team of the missionaries assembled food kits and hygiene articles kits, which were delivered both to Indigenous and non-Indigenous people.

One missionary, Talita, accompanied a teacher from Setrabes and a group of youths and adolescents from the shelter to the gymnasium of the city for the practice of sports and games. This event, which was very joyful, opened the possibility of doing activities outside the house of Passage. 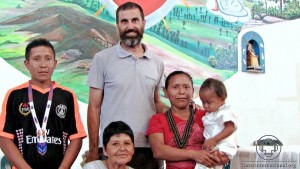 Three families arrived from the distant Venezuelan town of Tucupita, state of Delta Amacuro, where the delta of the Orinoco River is. At the same time, several families returned to Venezuela, with the aim of visiting their relatives, taking food, making artisanship and also to benefit from the harvest and fishing season in Venezuelan territory.

About this movement of arrival and departure, Imer, a missionary of Fraternidade, remarks that “the families arrive very deteriorated, thin, sick and with an expressionless countenance. Whereas those who return are strong, with provisions, and even joyful. So, the action of Fraternidade and of other institutions is somehow fulfilling the purpose of service”. 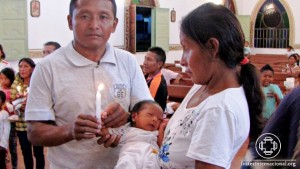 Two missionaries, Luiz and Debora, arrived in Pacaraima to reinforce the group. There was a lunch of updating with all.

Ending the day, the team attended a Mass in which 15 Warao children were baptized. On the occasion, some missionaries participated as godfathers and godmothers. This was a very joyful and beautiful ceremony that celebrated the union among the missionaries, the Waraos and the citizens of Pacaraima. 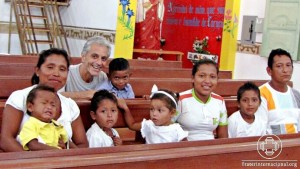 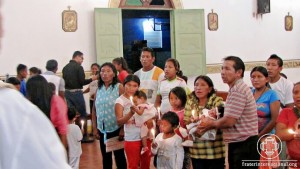 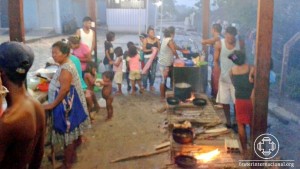 Immigrants in the condominium 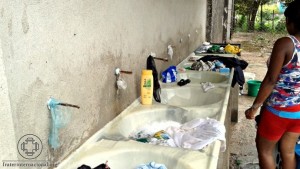 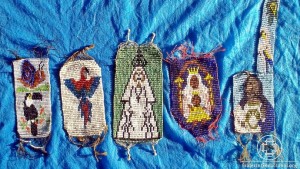 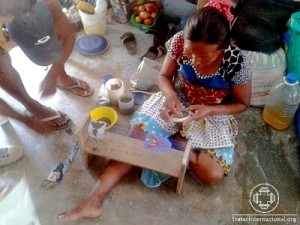 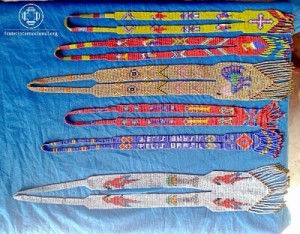 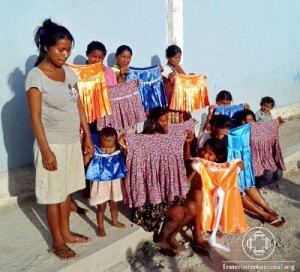 Distribution of food in the shelter