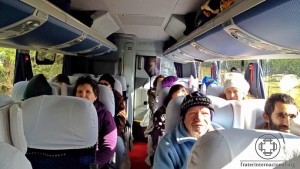 The Marian Center of Aurora once again received, last June, the pilgrim group from the Network-of-Light of Southern Brazil, which had left the State of Santa Catarina, Brazil, to travel more than one thousand kilometers to reach Paysandu, Uruguay.
The group travelled with 19 members to participate in the liturgy of the Marian Center of Aurora and to carry out activities for the Plant Kingdom. There they joined the members of the Network-of-Light of Argentina and Uruguay, as well as the Monastery of Contemplation, from the Marian Center of Aurora and its residents, for the activities of the pilgrimage, which has been taking place every two or three months. This time the route was carried out in a minibus. 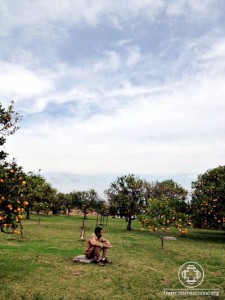 “It was a tranquil trip, the group was harmonious and I felt welcomed”, said Maria de Lurdes Mazaro Moser, one of the participants.

Jussara Bilibio, another pilgrim, says that at the prospect of doing more than one thousand kilometers in a small and tight bus, she even considered giving up. “It would be very tiring, and I have trouble sleeping on the road. But come on, courage, I ordered myself. It was a tranquil trip, when you go in a group with a purpose, praying and singing, time passes and when you realize, we arrive at our destination without fatigue”, said Jussara.

Upon arrival at the Marian Center of Aurora, the group was welcomed by the monastics and residents.
“Everyone is always very receptive, cheerful and with a smile that enchants… and it is not just any smile, but something contagious. It´s the expression of peace… What peace!”, said Jussara, who seemed to express the feeling of the whole group of pilgrims 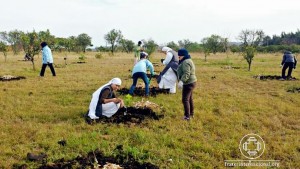 During four intense days, the group participated in various activities, such as the work in the orchard, and attunements through mantras, prayers and songs.

“All the work done in these days was very special, because being in the Kingdom of Aurora is always a very strong and transformative experience of inner contact. The realization of the attunements, prayers and tasks for the Plant Kingdom with the brothers and sisters of Argentina, Brazil and Uruguay, allowed us to experience Unity and Fraternity among sister nations whose spiritual task is the support of this center of love. Each time we return from Aurora, we feel how important the conduction of the pilgrimages are, for in each of them we reaffirm our commitment as a support group to this Marian Center and as the entrance gateway for the brothers and sisters who visit Aurora for the first time”, said Giana Lenzi, one of the coordinators of the pilgrimage.

Service for the Plant and Animal Kingdoms 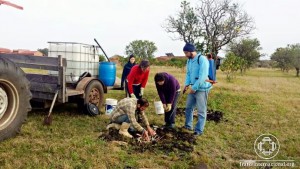 In February this year, the group  the service for the Plant and Animal Kingdoms and it made the commitment to continue carrying out such activities for these Kingdoms during the year. Happy to see that all the activities that had been programmed had been conducted, they experienced the fourth and last day of the event accompanying the transmission of the Message of Mary; they did the Adoration of the Mystical and Eucharistic Body of Christ and ended with the Ecumenical Communion.

As a participant for the fourth time, Maria de Lurdes highlighted: “I believe it was the best pilgrimage I ever made. I feel I I have done a deep cleansing that reverberates to this day. It was a Grace I received. In the reparatory communion with the nuns I got emotional because I felt we were being guided. I only have infinite gratitude to express!”. 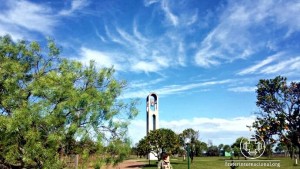 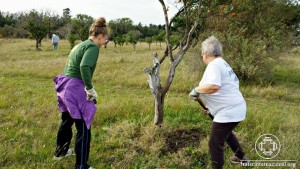