Greece Mission – the missionaries promote interchange of donations between institutions 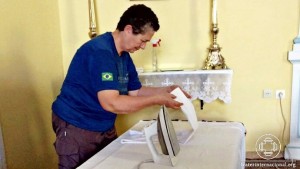 Ironing the garments used in the Church

Missionaries of Charity of Mother Teresa of Calcutta

The missionaries helped the assembling of bags with provisions for distribution to poor families and also ironed several items of the garments used in the Church of Saint Joseph, which lies inside the house of the Missionaries of Charity.

The group also accompanied the Missionaries of Charity in a new visit to the feminine prison located in the city of Thiva, about 60 km from the capital Athens, for detainees who have committed crimes of medium offensive potential. 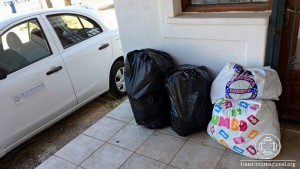 In the Orthodox Church of Saint Theodore, the missionaries helped the general cleaning of the kitchen and the distribution of food offered to poor people. This work with food was finalized, as beginning in August the group will develop other activities in the place.

In the storage of the Association of Lagonisi, the work continued of ordering of clothes with the arrival of new donations. 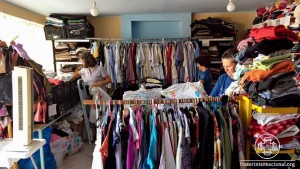 “We are taking this opportunity of working in several places to reach a balance of clothes between institutions. This week, for example, masculine clothes were transferred from the storage of Lagonisi to the storage of Caritas, which lacked them”, informed Shen, a missionary of the Fraternidade.

At Caritas Hellas, in Athens, the activity of the missionaries consisted in the support to the distribution of clothes for women and children and in the ordering of the storages.

Cares with the vegetable Garden and the garden 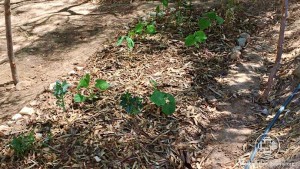 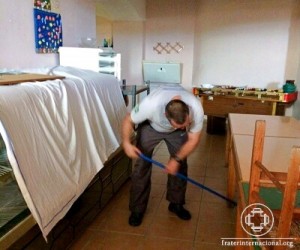 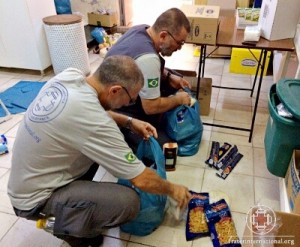