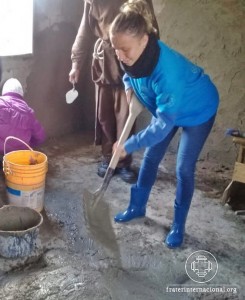 Mobilized by the energy of service, a group of youths has carried out the Second Missionary Youth Event for Peace in Uruguay. The initiative is part of the Youth Campaign for Peace and had the support of collaborators of the Network-of-Light, monastics of Grace Mercy Order and of Fraternidade – International Humanitarian Federation (FIHF). The event took place in the weekend from August 24 to 26, 2018.

On Friday, 24, there were activities at the entity Juntos por un Sueño (Together for a Dream), an occupational center for disabled persons, located in the neighborhood of Solymar, of Ciudad de la Costa, 26 km Northwest of the capital, Montevideo.

On that day, those presente shared na afternoon of music and prayers, with the accompaniment of various musical instruments. They also began rehearsals for the participation of the social assistance association in the Youth Festival for Peace, with will be held in Montevideo in a date still to be defined. They work on songs “Regala Amor” (Give Love) and “Paz en la Tierra” (Peace on Earth). Afterwards, a practice of reflection and deepening was done with the lyrics of the first song.

Due to the rains, the tasks expected for the external area were cancelled. A smaller group could return on Saturday (September 1), to carry out another part of the task: the cleaning of the tree trunks, the branches and the leaves of the terrain in which a room will be built for carpentry workshop and an oven for clay workshop. 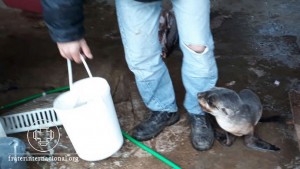 On Saturday morning, 25, a group of 20 people went to a sea-life refuge, located in Piriápolis, 98 km east of Montevideo. The participants helped clean the place, filled the ponds where several sea turtles live and gave food to animals, including seals, sea elephants, sea wolves and sea turtles.

After midday, the group went on to El Merendero Los Eucaliptus, located in a village of the city of Maldonado (130 km east of Montevideo). The place assists 25 needy minors, with food, clothing, educational guidance and playful activities. The volunteers helped harmonize the place and organize clothes for donation. They also shared a snack and a musical afternoon with the assisted children. A part of the group went to the place of the future house of shelter, where they collaborated with the construction work. 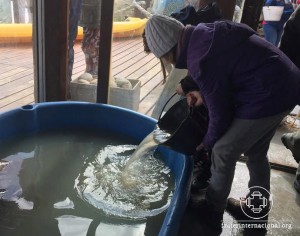 Filling one of the turtle pools with water

“In the sea refuge, I learned that it is enough to respond to the call with the heart, and the opportunities of service gradually arise. We arrived, and had to face the fact that there was no plan of action, as the employee thought we would not go, because many people promise but do not go. In the end, we had a beautiful group experience with the kingdoms, with lots of love, joy and fraternity”, said Fiorella Tricotti, a participant. 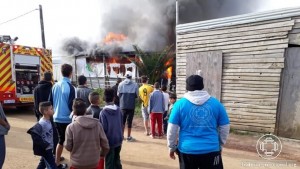 Fire during the First Missionary Journey in Uruguay

On Sunday, 26, a study was made about the topic: “Immediate action in emergency situations”. It addressed the participants of the Missionary Event and took place in a home, in Ciudad de la Costa. There, a firefighter, collaborator of the Work, made a lecture on how to act in situations of fire. The topic arose from the experience lived during the First Missionary Youth Event for Peace, when a little house, in the limits of El Merendero Los Eucaliptus, in Maldonado, was consumed by fire.

Afterwards, another collaborator, with background in nursery, taught First-Aids notions.

Next Missionary Youth Event for Peace in Uruguay is expected for the last weekend of September. 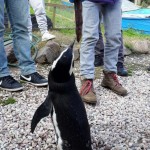 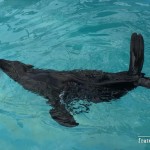 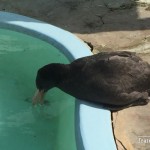