The special program in commemoration of the International Day of the Indigenous Peoples on August 9 gathered children and adults of the Warao and E`ñapa ethnicities. Workshops of bow and arrow, music, theater and typical dances were among the activities conducted in the Pintolandia Shelter, managed by Fraternidade – International Humanitarian Federation (FIHF) in Boa Vista.

The Venezuelan Indigenous people participated directly in the organization of the event and with a lot of joy were able to represent their customs and beliefs in a meeting of celebration of the consciousness of unity and peace among the different cultures.

“Nothing better than proposing to the native peoples to share with us a little of what they are, the truth they bring in their hearts and the culture of each one. Everything to show to one another that there is a lot to live, that there is much culture to share“, states Anderson, a Missionary of FIHF.

The Boa Vista Music Institute also left its presence during the special schedule of August 9. The volunteers, who weekly conduct workshops free of charge in the shelter, made a presentation with rhythmic activities.

“Music has na immense power. Working with the native peoples rescuing the songs, the perception, love for the other itself is very gratifying“, says teacher Martins.

On the same day, the Kruviana Band also made a presentation in the Pintolandia Shelter. The group is part of an extension program of the Roraima University (UFRR) through Insikiran Institute.

“We came to make a short presentation for them, the topic of music is a universal language. And and exchange of knowledge between us and them, who are all native peoples, regardless of which people they are“, states the musician Mardones Santos.

Integrating the original culture of the Indigenous people with the routine of the shelter is a permanent goal of the Missionaries of Fraternidade in the different fronts of activities with the refugees.

The Pintolandia Shelter, one of the five managed by Fraternidade, currently welcomes more than 560 Indigenous Venezuelans of the Warao and Eñapa ethnicities – most of them youths and children. 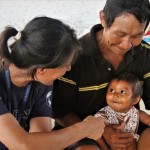 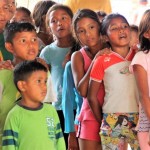 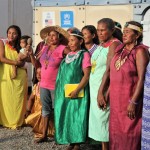 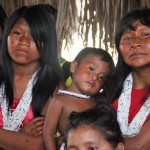 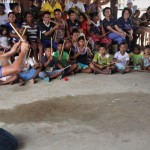 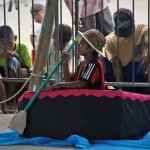 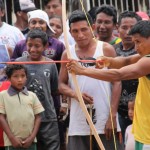 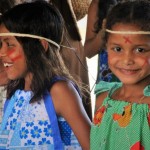