The Community-of-Light of Figueira, affiliated with the Fraternidade – International Humanitarian Federation, gathered its members and external collaborators in a day of fraternization and spiritual integration. About 170 people of all ages participated, from different areas of lodging, as well as from Carmo da Cachoeira and other cities of Brazil and abroad. The meeting took place on Sunday, November 20, in the Nucleus of Sacred Heart.

The main goal was a greater approach with the Nucleus of Love that is present in the inner and deep counterpart of Figueira, as the Friar Supremo do Rei Jesús, a monk of the Grace Mercy Order, explained, as the coordinator of the Community-of-Light of Figueira and of the Marian Center of Figueira.

Harmonization
Those present developed a wide program that began with a spiritual attunement. Then teams of tasks were formed, for the practice of self-donation and of the inner contact. The groups dedicated themselves to harmonizing the different spaces of the area: gardens, deposits, corridors, windows, reception office, communitarian refectory, hydrotherapy sector, prayer hall and  room of Adoration of the Most Holy. There were also tasks of cleaning in the yard of the Tibetan Park School, of the Community-of-Light of Figueira. A group was in charge of fixing lunch and another supported the selection of beans and the confection of paper bags for the trashcans.

Once the works were finished, around 11 a.m., those present cleaned and stored the tools used and then participated in another attunement. Then they shared lunch and the following harmonization. After a brief period of rest, they prayed the Chaplet of the Divine Mercy, followed by the Ecumenical Communion.

Reactions
“The peace and love that is breathed here impress me. It is something that penetrates the skin. I like the fraternity that reigns here among everyone very much and how everything is lived here with much order and harmony, in spite of so much movement and the noise of the children and the animals. Today I could rediscover and closely feel all the values that Figueira radiates”, commented Graciela Martínez, an Argentinian collaborator.

Marina Vásques, a resident in Brasília, Federal District, and a collaborator for 27 years, declared: “I feel very good; to me, Figueira is my first home, I accompanied this work since the beginning, it seems very adequate to have moments like this, when all the areas can integrate; this is very  positive”.

To Francisca López, from the State of Paraná, and to Breno, from Belo Horizonte, Minas Gerais, what stands out is the spirit of union and unity they could perceive. “Today much love could be felt, both in the tasks and in the attunements. We felt this seed of a new humanity, which is ready to manifest on the surface of the Earth”, completed Francisca.

The day ended with the exhibit of the comics Kung-Fu Panda, which, with much humor, transmitted several messages directed to the heart of the spectators. 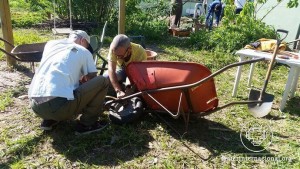 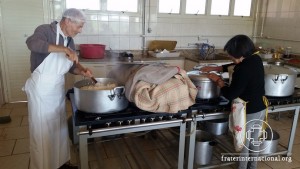 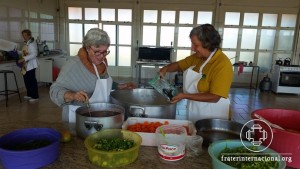