Humanitarian Roraima Mission in Pacaraima – Attendance Outside the Shelter 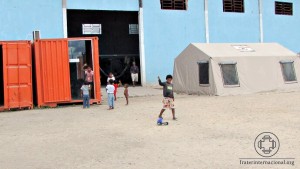 On Wednesday, 27, were resumed the activities of education and artisanship with the children with the participation of adults of the House of Passage of Pacaraima. “We are making a preliminary work for the activities of the school for next year. Choosing the people who will take on the task of instructing and accompanying the children”, said Imer, a missionary of Fraternidade – International Humanitarian Federation.

The work was begun of psychomotor stimulation of a one-year old child with special needs. The activity was done with toys, which also included the participation of the family, composed of five adults and six children who live in one of the tents of the shelter. 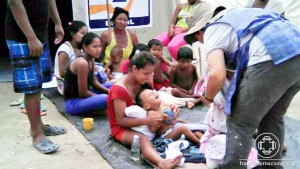 Activities with a child with special needs

On Friday, 29, there was a group service of health held by the City Hall of Pacaraima. Doctors and interns of nursery conducted anti-parasitic procedures, measured blood pressure and applied quick tests for tuberculosis and HIV. 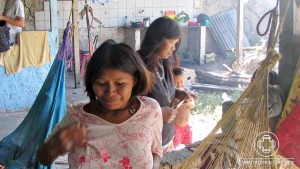 Attendance outside the shelter

Missionaries held actions outside the House of Passage with non-Indigenous Venezuelan immigrants who are in two places of the city of Pacaraima (one condominium and a stage). In the condominium are about 32 people, including some Indigenous people of the ethnic group Enhepá or Panare. In the structure of the stage of Pacaraima are several non-Indigenous families, some of which have been living there for nearly one year. Assistance was give with medicines, medical referrals, clothes and foods.

On Saturday, 30, artisanship activities were conducted with fabrics, sewing and beads, with the women of the shelter. 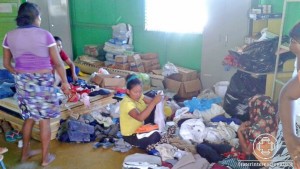 Organizing the kits of clothes

Playful and recreational activities were held with the children, with painting, artisanship and drawing.

On Sunday, 31, a group of Warao women helped the making of kits with clothes that arrived as donation from the office of Fraternidade in Boa Vista. The kits were distributed in the afternoon.

Clothes were prepared of about 15 children who will be baptized at the beginning of 2018.

In the late afternoon, missionaries and immigrants participated in the celebration of mass at the Church of the Holy Heart downtown Pacaraima. 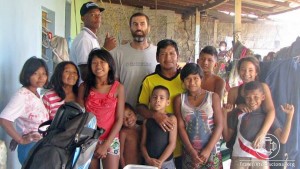 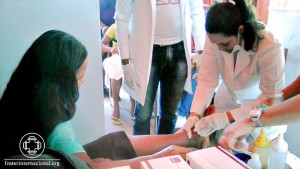 Health attendance of the City Hall 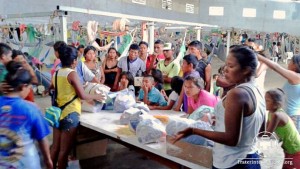 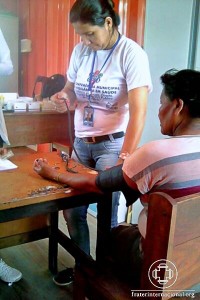 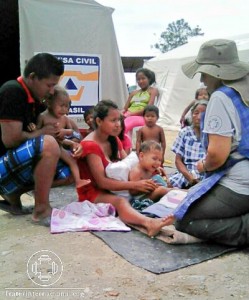 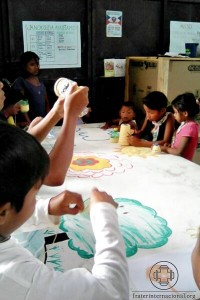 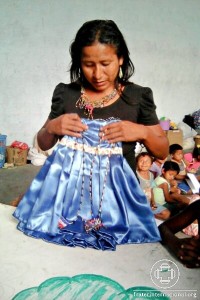 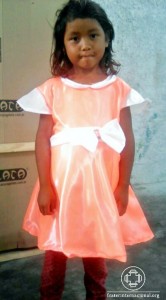