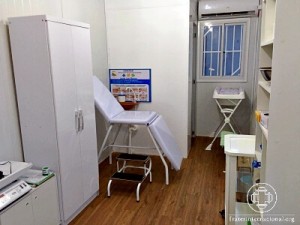 Interior of the white container

On the 16th, Tuesday, the health materials were moved to the white container, now equipped with new furniture. The blue container, which until then collected the materials, was cleaned.

Harmonization of the school of the Center of Reference for the Immigrant (CRI), where two classes were imparted in the afternoon: the first one for adults and the second for 9 to 11 year-old children.

A nun from a congregation of Brasilia, accompanied by two persons, visited the shelter and talked with a missionary of Fraternidade – International Humanitarian Federation. 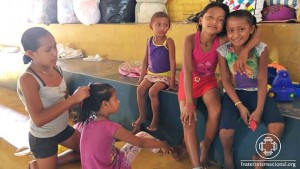 On the 17th, Wednesday, the missionaries of Fraternidade conducted a work about the environment with research about collection of trash, followed by a practical class, for the Venezuelan immigrants.

“We left the classroom and collected diferente materials, such as paper, plastic, metal and glass, and we put them in the corresponding trashcans. We returned to class and continued with the activity of drawing and painting, to memorize the colors of the trashcans and their meaning. Then we talked about the importance of cleaning”, said Alexandrina, a missionary of Fraternidade.

Still in the school of the CRI, paintings were made by the children, as well as work with vowels, reading and writing and also outdoor games. 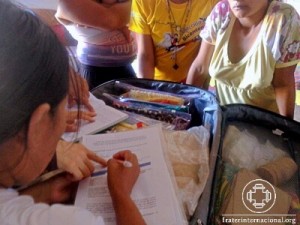 Signing of the agreement

The union accepted the proposal of the teacher and an agreemet was made with the coordination of the shelter, represented by a member of Roraima Labor and Social Welfare Secretary (Setrabes).

A leader of the artisans signed the term of responsibility about the agreement between the artisans and the Sesduf-RR.

“It was a very important step for the artisan women of the shelter, for they had to elect a representative. We are taking steps towards their strengthening and their recognition of the force they have as a group”, said the nun Maria Auxiliadora, of the Grace Mercy Order. 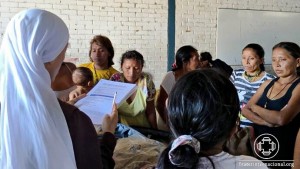 Also three Brazilians were found the night before in the shelter. It was asked to the Police to again make night rounds and to avoid the entrance of non-registered people in the CRI.

Fixing and distribution of meals in the kitchen.

Activities with the children in the vegetable garden. 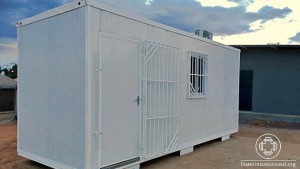 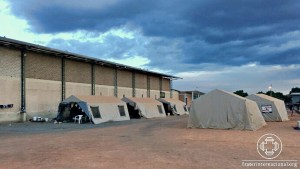 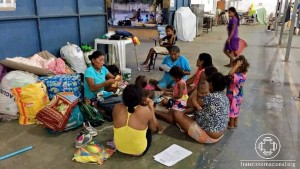