The Network-of-Light of the South of Brazil made a pilgrimage to the Marian Center of Aurora, in Paysandu, Uruguay, from February 9 to 13, 2018. The initiative had the participation of 60 people, including members of the Network of Brazil, Argentina and Uruguay, monasteries of the Grace Mercy Order, residents of the Communities-of-Light and the public in general

The schedule followed included attunement facing the Hermitage of Saint Michael, prayers of the Chaplet of Mercy, adoration to the Most Blessed Eucharistic Body of Christ, vigil of prayer with the Mysteries of the Rosary, procession and service activities with the Plant and Animal Kingdoms. 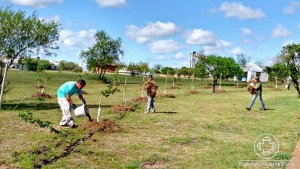 The groups from the South of Brazil brought working proposals with the Plant Kingdom, such as the exhibit of the video “Seeds of Freedom”, directed by Jess Phillimore. With duration of 30 minutes, the documentary shows how seeds have been suffering aggressive changes in our agriculture, being transformed from a sacred and life-creating element into a powerful merchandise, used to monopolize the global production of foods.

Another proposal was the audition of two áudios by Jose Trigueirinho (one of 11 minutes, with the theme “Plant Kingdom / Aurora” and another of 7 minutes about “Devas and Genetically Modified Foods”). To close the works, a video by Trigueirinho was exhibited about the Kingdoms. Also a booklet of the Ph.D. from Santa Catarina Sonia T. Felipe “Passport for the World of the Vegan Milks” was distributed to those presente, with recipes of vegan milks and their properties. 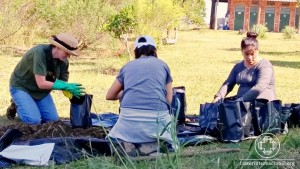 “We specially observed that a sensation of Peace and a lot of joy pervaded the whole pilgrimage, including all the trip to this Marian Center. As the topic was service to the Kingdoms of Nature, we perceived that in Aurora there is the possibility of deepening our relation with the Kingdoms, of raising our awareness concerning the need of helping them and relieving their suffering. To be in Aurora, in prayer, service or just walking amidst the orange trees enables us to enter in communion with the Sacred that exists there, and this union transforms us”, said Giana Lenzi, a member of the Network-of-Light of Santa Catarina. 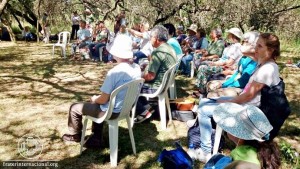 One of the conclusions of this pilgrimage to the Marian Center of Aurora is that it will become a regular activity, to take place quarterly, at first, according to the commitment made by the group.

“To go to Aurora is always very gratifying, as was in this pilgrimage in special. The work with the Kingdoms, the videos shown, about the seeds, the testimonies and the attunements in nature approached me more to this Kingdom that is so donated and at the same time so in need of understanding”, said Rosangela Lenzi, also a member of the Network-of-Light.