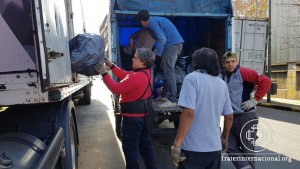 Members of the Network-of-Light of Argentina keep helping the Wichi Indigenous communities, in the locality of Tartagal, province of Salta, Argentina. These communities, at the beginning of last year, were aided by the Confraternity Mission as they were affected by the floods caused by heavy rains and by the overflowing of the Pilcomayo River. In the last three months, the group has been able to raise various donations, from the city of Buenos Aires.

At the beginning of April, the group made the delivery of a wheel-chair and of an orthopaedic bed to a native youth that had lost the movement of the legs (victim of a physical aggression) and is under the care of his mother, who suffers a form of cancer in advanced state.

Later, the group received a request for help for a lady who, with great effort, mantains in Tartagal a refuge for disabled dogs. The charitable woman needed support to obtain food and vaccines for the animals. The help arrived through Red Mascotera (Pet Network), of Tartagal, an organization that is dedicated to the rescue of animals, with which the Network-of-Light of Argentina had had contact during the Confraternity Mission. 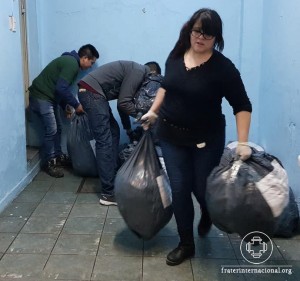 The third opportunity of collaboration arose at the beginning of July, as a result of a snow, which surprised the inhabitants of the region of Salta. Due to the uncommon cold, many people became sick and, among them, the most affected were Indigenous children, as they live in precarious dwellings, made with sticks covered by nylon canvas, which easily tear, letting cold, wind and water enter.

This assistance was involved in very special circumstances, according to what repported Viviana Walsh, who had the task of coordinating the movement of help: “Miraculously, we obtained an important amount of clothes (shirts, T-shirts, trousers, socks and footwear), as well as mattresses and toys. We soon got to know a bus company that maintains a foundation, by means of which offers free transportation for charity projects. After several talks, we got the service from Buenos Aires to Tartagal. We had begun the arrangements in an inadequate day and hour, but, at the end, the company sympathized with our initiative and not only attended our request but also gave us more than we had asked at first, for they were going to take the donations making several stops, but they ended up making a direct trajectory”, Viviana informed.

Joy of the soul 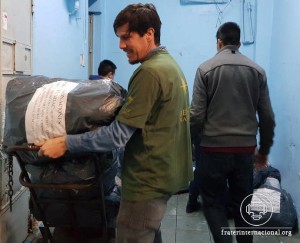 The joy of serving was always present

Viviana highlighted that, in the end, a generalized, intense and inexplicable joy was contagious among everyone. She interpreted it as a “joy of the soul, this joy of serving and of helping the neediest”.

The Confraternity Mission took place from February 12 to 26, 2018, in the province of Salta, Northern Argentina, and had the participation of collaborators from the Network-of-Light of Argentina, of the Community-of-Light of the Brotherhood (Cordoba, Argentina), local volunteers and missionaries of Fraternidade – International Humanitarian Federation.