More children participate in pilgrimage from BH to Figueira 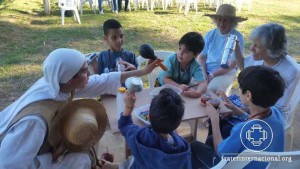 A greater presence of children characterized the second pilgrimage of devotees of the Virgin Mary, which took place on Sunday, 17 of July, from Belo Horizonte to the Marian Center of Figueira. On this day, around 120 pilgrims coming from the capital of the Brazilian state of Minas Gerais and from nearby cities, such as Ribeirão das Neves and Betim, developed a wide praying schedule of connection with the Marian energy. 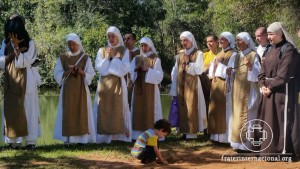 This time, the group was integrated by about ten kids, according to what informed Wandra Queiroz Mascarenhas, who, together with Carlos Alberto Bicalho, coordinate the movement of pilgrims and the meetings of prayer in the Children’s House, an extension of the Nucleus-of-Light of Figueira in Belo Horizonte – Sacred Heaven, in the capital of Minas. Laughter, weeping and noise typical of the age left no doubt about the greater participation of children.

On the other hand, the amount of first-timers in the Marian Center of Figueira diminished: this time they were 40, which represented 30% of the total amount of participants, while on last May’s visit the first-timers were more than 70, representing more than 50% of the visitors.

The believers arrived at the Pilgrim’s House at about 11:30 a.m. and right after sharing a snack they participated in the first activity, which was the foot-washing, a ceremony that took place in the area of the pond of Vida Criativa area in the Community-of-Light of Figueira. Then they returned to the Pilgrim’s House, taking in procession an image of the Virgin Mary and praying a Holy Rosary. 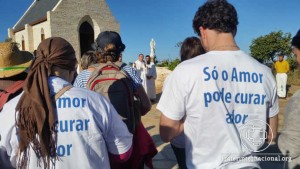 Soon lunch was served and then everyone climbed the Hill of Apparitions praying the Chaplet of the Divine Mercy. The last counts were prayed on the square of Saint Joseph, where later the Ecumenical Communion was conducted. Then the pilgrims entered on a line into the Chapel of the Glorified Christ, where for some instants they revered the sacred image of the Redeemer. Then they had some minutes to walk in the area, visiting the fountain of Saint Joseph, the belfry, the Doorway of Peace, and the House of Immaculate Peace.

The afternoon ended with a visit to the Hut of the Vigil, where the pilgrims conducted an attunement of union with the Indigenous Consciousness, specially having in mind the recent Humanitarian Mission fulfilled in indigenous communities of Paraguay by a group of missionaries of the Fraternidade – International Humanitarian Federation.

The pilgrimages to the Marian Center of Figueira are accompanied by the monasteries of the Grace Mercy Order and count on the logistical support of volunteers of the Community-of-Light of Figueira and of the House of Light on the Hill. 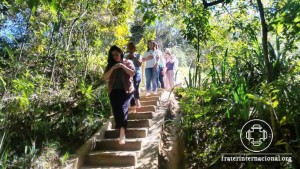 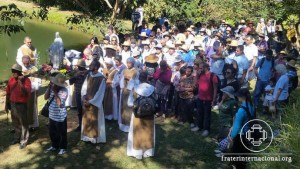 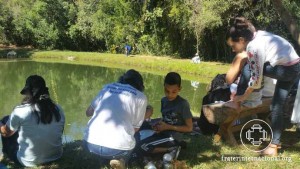