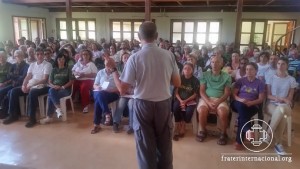 The Third Meeting of the Planetary Mission Network detected the need to count on a group of volunteers to sustain the activities of the Houses of Saint Joseph of Humanitarian Help, in the city of Carmo da Cachoeira, Minas Gerais, Brazil. The theme was introduced by Ricardo Baumgartner, the coordinator of the sector of Emergencies and Humanitarian Help of the Fraternidade – International Humanitarian Federation, during the closing meeting of the event, conducted in the Community-of-Light of Figueira on the 13th and 14th of this month of March. 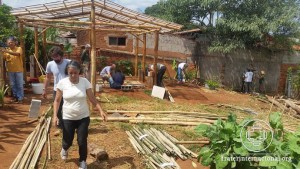 House of Welcome of Saint Joseph

Ricardo explained that in this way the missionaries of the Fraternidade would have more possibilities of attending to the increasing demands of humanitarian missions in different places of the planet. “We are already with two permanent missions, one in Roraima, in the North of Brazil, and another one in Greece, and we know that the Divine Messengers only wait for the appearance of more volunteers to make new requests. Therefore, as not all have time for long missions, they could be of great help coming to replace us in the sustenance of the Houses of Saint Joseph, so that these houses can continue offering all their services normally”, informed the missionary. 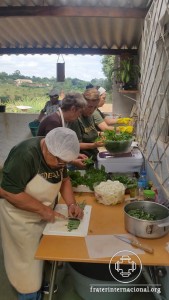 The group  of sustenance of the Houses of Saint Joseph would open a fourt instance of participation in the Planetary Mission Network, which to this day is formed by the Matrix Group (missionaries consecrated to service 24/7), the secondary group (those who only participate in specific missions) and the regional group (members of the Network-of-Light and other collaborator who give continuity to the missions carried out by the Matrix Group).

Ricardo detailed that other forms of collaborating with the humanitarian missions of the Fraternidade could be offered: logistic support (organization of transportation, lodging, network of local contacts, food, etc), individual or group financial support, support in specimen (fruits, dehydrated food, seeds and others). 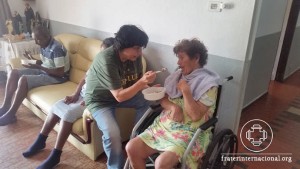 Missionary Practices
The coordinator also highlighted the invitation to those interested in donating of themselves to the neediest to participate in the Missionary Practices, which last one week, and take place monthly in Carmo da Cachoeira, or to follow rhythms, outside the Practices, in the Houses of Saint Joseph. He explained that these practices permit to forge in each one the missionary spirit, and develop the conditions for them to eventually participate in more demanding missions.

The third Meeting of the Planetary Mission Network gathered 150 people, most of them collaborators of the Network-of-Light groups of Brazil, Argentina, Paraguay, Chile and Spain. They were informed about the expansion of the permanent missions in Greece, Roraima, Chaco (Argentina), Paraguay, the Houses of Saint Joseph and the last mission conducted in Chile. They also served in three Houses of Elders in Carmo da Cachoeira and Nepomuceno, in the House of Welcome of Saint Joseph, in the Hut of Saint Joseph and in the kitchen of House 3, a place of the Community-of-Light of FIgueira that offers vegetarian lunch to the needy community of Carmo da Cachoeira. 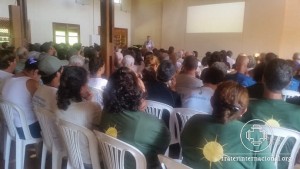 Those interested in obtaining additional information about the network of volunteers for the Houses of Saint Joseph or in enrolling for the Missionary Practices may contact the secretary of the Fraternidade – International Humanitarian Federation, from Monday through Friday, from 8 a.m. thru 6  p.m.