On December 12, 2015, a group of people inaugurated what would be the 23rd group of the Planetary Network-of-Light.  The date of December 12 was chosen for the birth of the Network-of-Light of Mexico because it is the day of Our Lady of Guadalupe and Her apparitions to the visionary Saint Juan Diego. 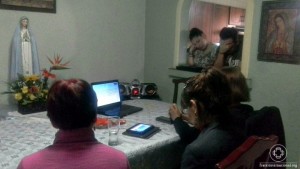 The story of the Network of Light of Mexico started on September 2015, when many people from that country started asking for information about how to join the work of the Planetary Network-of-Light. They were brothers and sisters who were used to following on their own the Apparitions of the Divine Messengers and their spiritual instructions. On that same month, the board of the Planetary Network-of-Light made the first contact with a small group via Skype, with members in the city of Monterrey and in Mexico City. Soon afterwards, the regular works of meetings and prayers through internet would be started, and little by little other people joined the group. 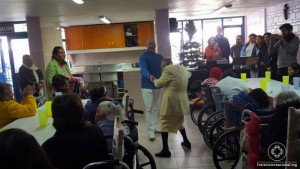 The first activity of the Network–of-Light of Mexico had already taken place on December 20, 2015, in the house of the Missionaries of Charity, with the group from Mexico City. They arrived with a piano and a choir and offered music to children and elders. The experience was transformative and awoke the consciousness of the group to the necessity of starting to serve on a permanent basis.

Now the group from Mexico City prepares canticles for a work to be held in an orphanage and in a female prison. 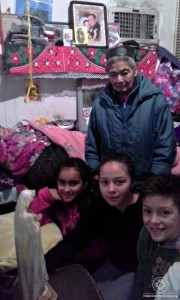 The group from Monterrey had their first activity on December 21, 2015, in a poor community called La Ezperanza, where they talked and sang to many people in need, especially elderly people. They decided to perform this task after watching an Apparition of Saint Joseph, where He made the request for the campaign, “Sowing Love in Humanity”.

Today, both groups of the Network-of-Light Mexico are deepening the work of prayer and are living loving experiences of service.