Mercy and Miracle: a story of love and rescue – part 2

The hard labor of Mercy and the subsequent care of mother and daughter that the Light-Community Fraternity of Aurora (Paysandu, Uruguay), affiliated with the Fraternity – International Humanitarian Federation (FIHF), carried out in the year 2014 were only a part of this story of rescue. This experience of love and its teachings carry on to the present day.

Once Mercy was no longer by the side of Miracle, the only reference for her was the human beings. “She began to be with the people in the Light-Community and followed them everywhere. She would even show up in the prayer room during the liturgy when she was still a little one,” recalls Sister María Aurora de Jesús, who was one of the people taking care of her. Gisel, a member of the Light-Community, also remembers these moments: “As Miracle was fed by us, she trusted us a lot, a situation that rarely happens with this species towards human beings.” 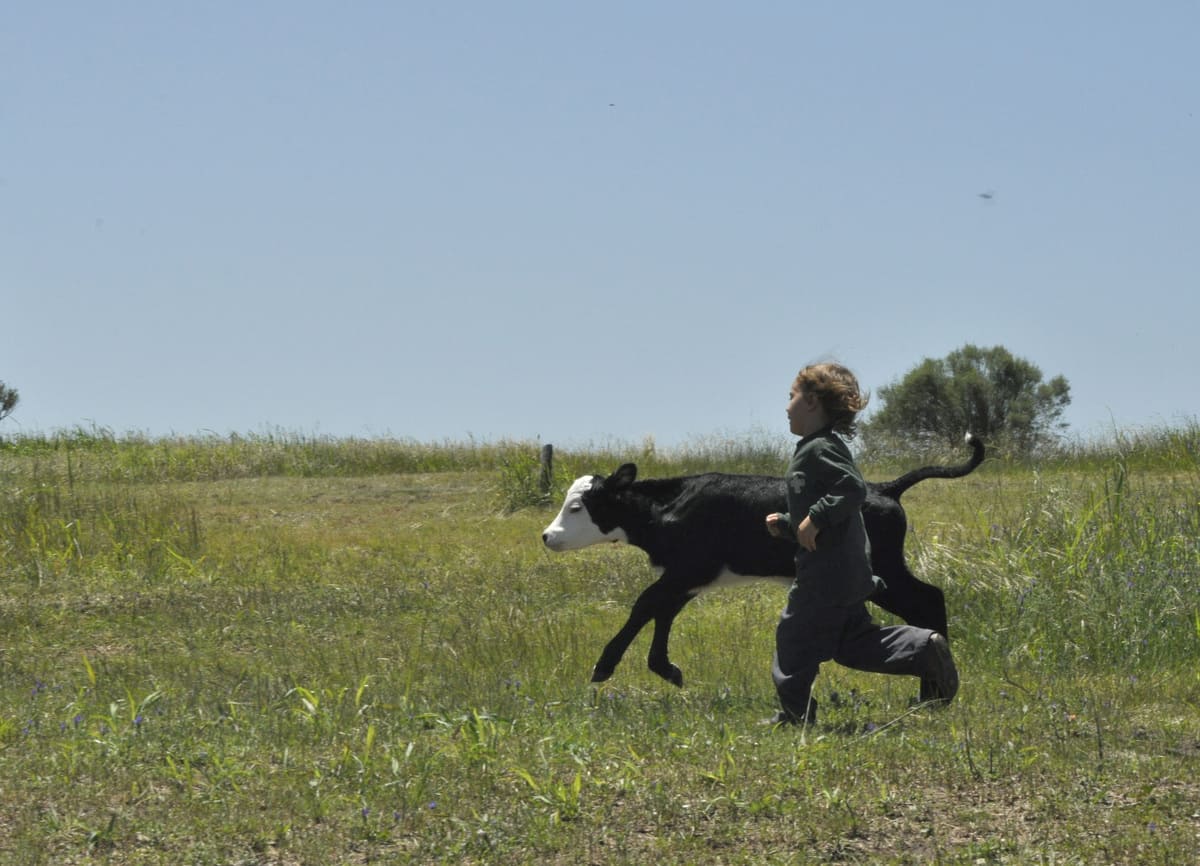 Miracle walked all over the Redemption 1 area and the Marian Center. Everyone surrounded her, and she did not feel she belonged to another species. She was part of the Light-Community, and so she lived harmoniously. However, after a few months, some difficulties arose: as she grew, she could no longer fit in the places where she used to be, and the orchard was at risk of being destroyed. As her moving around could no longer be so free,  they decided Miracle should be in a habitat according to her species and be together with them.

Analema lived alone in the Redención 1 area, in a secluded area of the Light-Community where nature abounds in its wild form. She was another rescued cow that wandered along the roads because the owner could not keep her in his field due to her obstinate nature. By that time, she had lost a calf and, because of the suffering she felt and her fear of humans, she would not allow anyone to approach her. In addition to this, she had an inflammation in her udder called mastitis, caused when milk accumulates, and it was necessary to treat it immediately. Fortunately, we were able to take her to the Light-Community and, with various strategies and especially with love and patience, she was treated and cured. 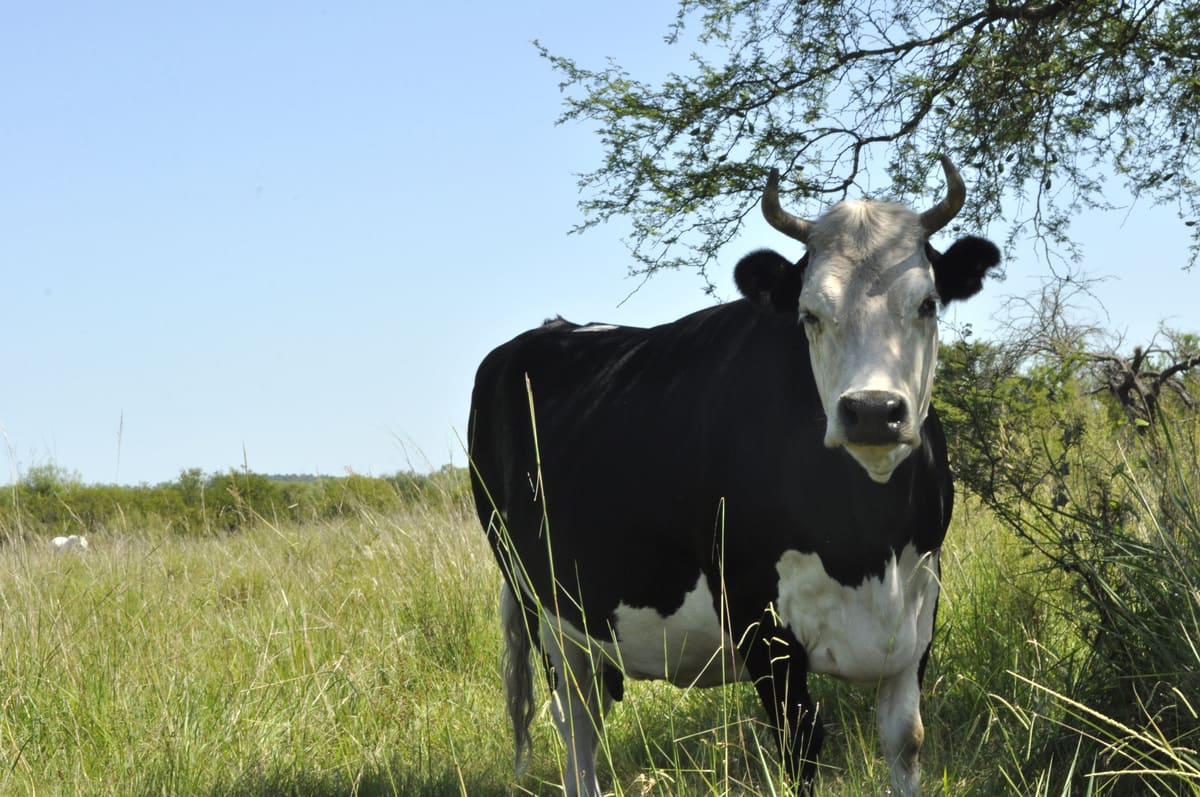 The decision of the Light-Community to take Miracle to be with Analema was not easy because everyone was used to her company and her presence in the  common areas. Sister María Aurora de Jesús still remembers the day she had to take her to the place where the new home would be.  “It was difficult to take her away from where she was raised. I managed to lure her with a carrot. When we arrived near the river, she stood still watching and suddenly ran off in that direction, stopped, looked at me, circled around me, and headed back towards to the river. She never came back from there.” Sister María Aurora de Jesús felt it was her way to say goodbye and agreed to start a new stage. 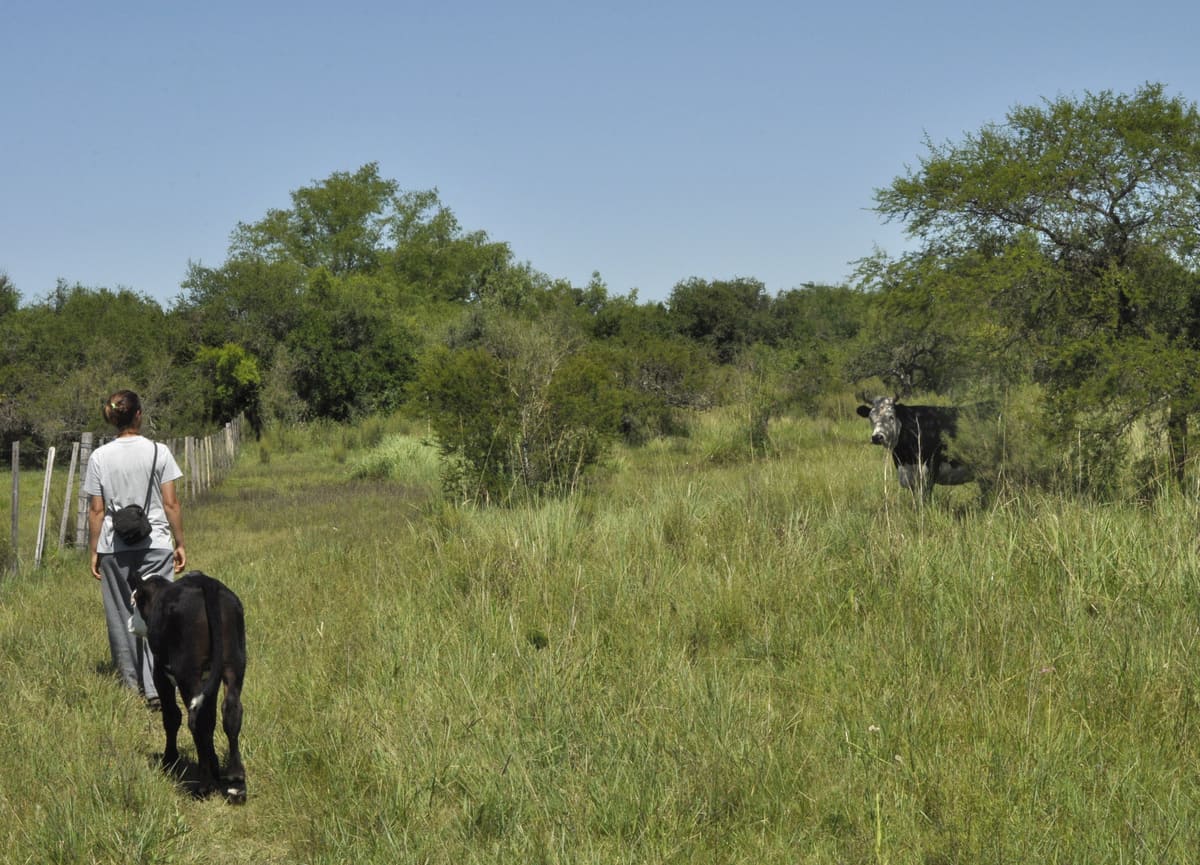 There Analema and Miracle had the opportunity to live the experience each had missed, to live as mother and daughter. “Analema had her first calf. Miracle a new mother, and we had the treasure of learning,” says Gisel, being grateful that everything always works out according to what we need. 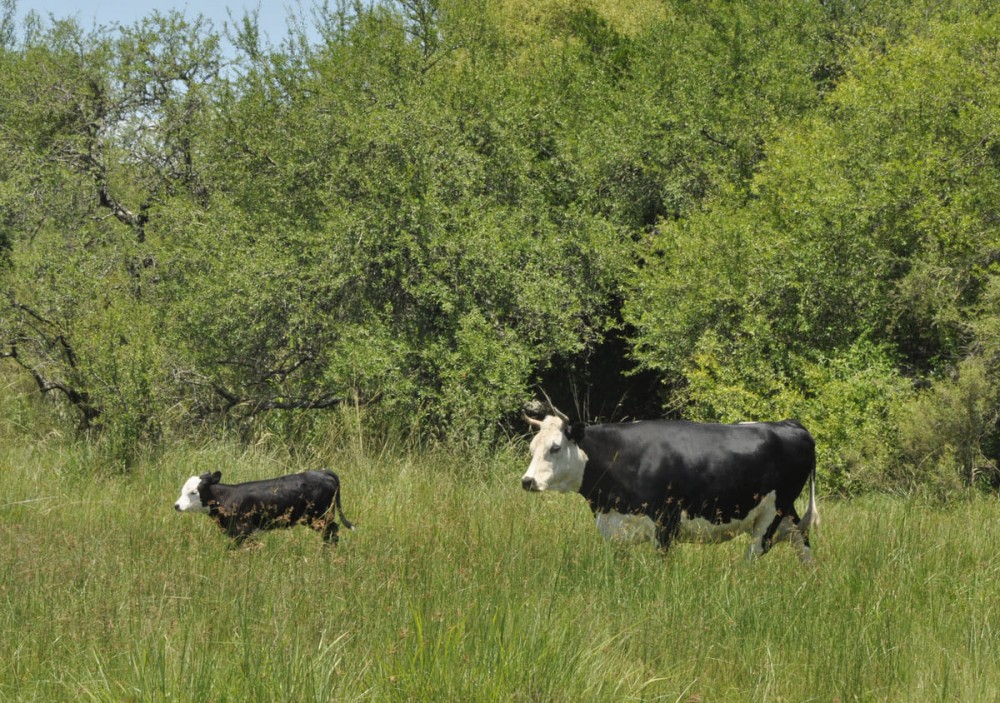 But the story does not end here. The Light-Community had to continue providing Miracle with several liters of milk per day. This interaction was closely watched by Analema. “Analema continued to have a complicated nature that made it difficult to approach her. But as she saw the care we were giving Miracle, she began to change her behavior, losing her fear. It seemed she realized that this new interaction with human beings was not what she had known during her life”. Sister Maria de la Contemplación, who witnessed this change, commented.

In this way, both grew and learned from each other until the day Analema passed away.  She was buried with the utmost respect and love. However, everything was going to fall into place again in this story. Miracle was not going to be left alone. She became pregnant in an outing to the neighbor’s field. A few days after Analema passed away, she gave birth to Guadalupe, so named because she was born on the same day of the feast of the Virgin of Guadalupe. This allowed Miracle to enter the world of maternity and be always accompanied by her own kind. And under the supervision of the members of the Light-Community. 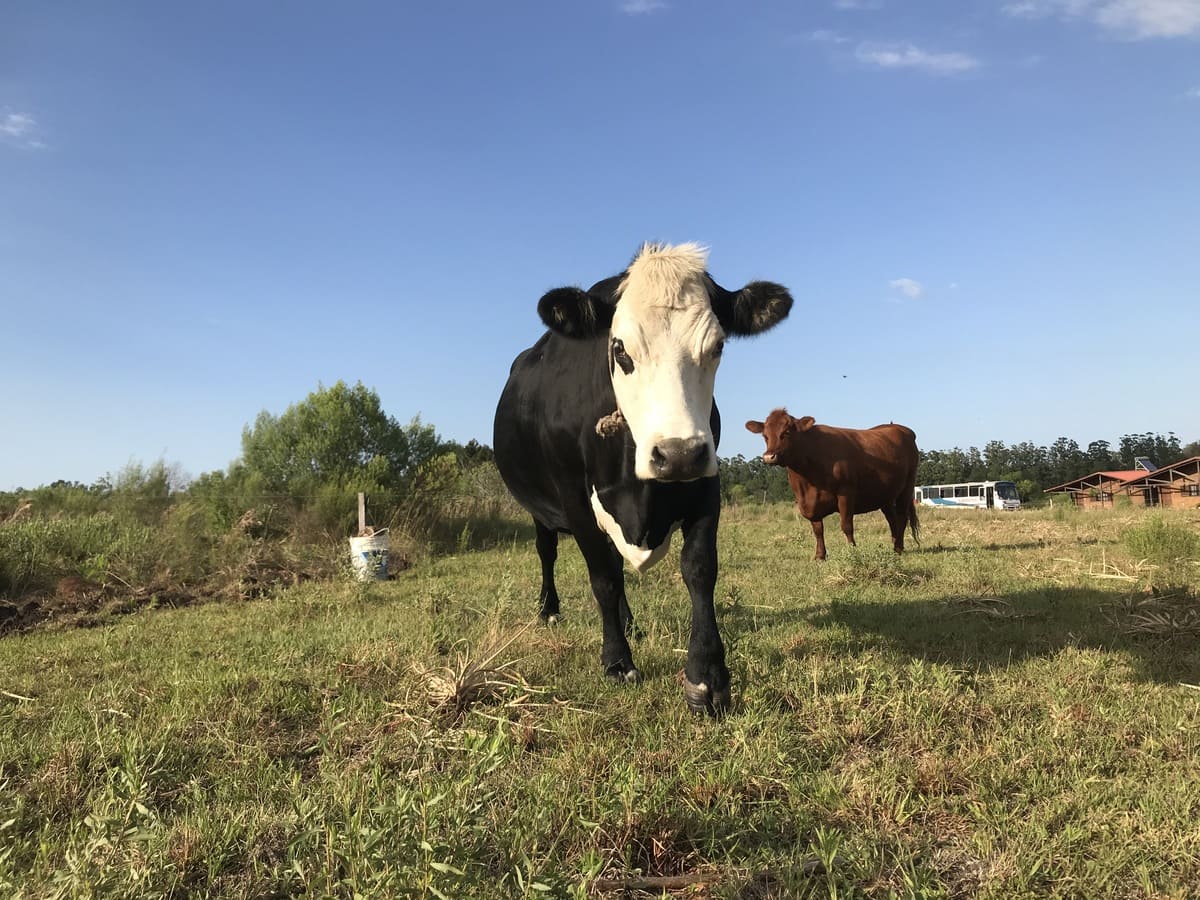 Guadalupe is not accustomed to living with human beings like her mother. However, the interaction of Miracle with them allowed her to grow up without any fear. Thus, in each other’s company and under the care of the Light-Community, they live to this day.

Sister Maria de la Contemplación, who participated in the story since it began with the miracle at the Bridge of Mercy, comments: ” You see the difference when they are raised from an early age with love and affection. The reward they give is always the demonstration of unmistakable gratitude. Miracle always allows us to approach her, to pet her.  There is no memory of fear towards human beings in her, unlike in other animals that are exploited.” And she concludes: “Even if she is one cow among millions, what she lives reflects in the Animal Kingdom that code of love that remains in her memory to this day.”