José Trigueirinho Netto defined a Light-Community as “a group of beings that are being called to live fraternity” and added, “fraternity comes from the human being drawing closer to the essence of life.”

Today, May 5, we celebrate Community Day, and we present the examples of the Light-Communities, created by Trigueirinho, the spiritual philosopher who in 1987 established the first Light-Community, Figueira, in Carmo da Cachoeira-Minas Gerais, which would become the seed of “a place in which the surrender of self to principles that uplift the consciousness can be lived, and which differs from life in other kinds of communities” because, according to him: “light means consciousness, clarity; supposedly all there are seeking clarity, are seeking light.” 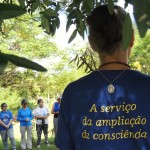 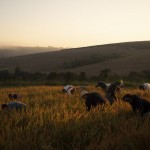 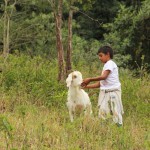 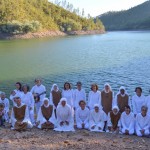 Letting his life be guided by the building of higher principles and values with his teachings and examples, among various achievements, Trigueirinho gave impulse to the establishment of five Light-Communities, affiliated with the Fraternity – International Humanitarian Federation (FIHF), which are established in a way that facilitates this approach of the human being to the essence of life.

In a Light-Community, as Trigueirinho says: “one must engage in positive outer activity, not watching for actions, or production, or negative manifestations that cause suffering in people.” The Light-Community must be guided by elevated patterns of behavior based on the practice of goodness, with respect and reverence for nature, the Plant and Mineral Kingdoms, and with a special dedication to the care of the Animal Kingdom. 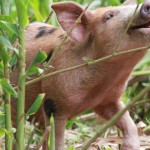 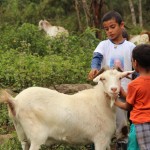 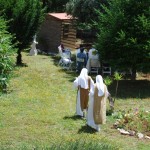 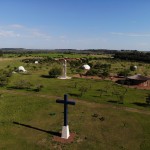 Trigueirinho taught that in a Light-Community “there needs to be a life of prayer, of withdrawal, of vigil, of study, of observation, of attention, and also a life of service.”

It was precisely to answer that inner call of being able to live in service every day of her life that Pama, coordinator of the Light-Community of the New Earth, joined group life.

It was in 1991, when she was a psychotherapist, at the height of many positive results in healing she achieved with her patients, that a question came up for her: “have you ever thought if we could live in a place where our life was the experience of helping others?”

The answer came through contact with the teachings of Trigueirinho, who untiringly emphasized the importance of service, of helping a fellow being. Since then, for Pama, to live in community means “to live that state of service, to accept that constant lesson of love through all the situations that we are given to experience.” 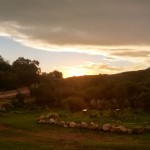 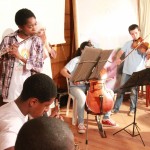 Light-Community of the New Earth 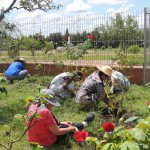 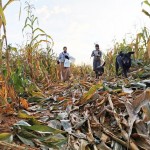 In the work developed by Pama in the Light-Community with the children of Crer-Sendo, the living of fraternity, of dedication and of love has become crystal clear. She adds: “here I have the chance to live the truth – of being in God, of being in that state of constant gratitude for everything and for everybody, that pulls me out of the theory and illusion and helps me to truly grow.”

Still regarding fraternity, Trigueirinho wrote: “The term fraternity designates a group of consciousnesses gathered together for the same purpose.” And in that sense, the example of life of Maurício Guidetti can be cited, who has been living in the Light-Communities since 1993.

Maurício says that the search for unity of purpose makes itself present in his daily life, in the midst of the groups, the tasks, the intents he receives in each situation and with each person and so, for him, the main purpose for living in a Light-Community is that “it prepares us for a greater life, a universal life, it prepares us for eternity, as a gift, an inheritance that God has given us, the possibility of being eternal.” 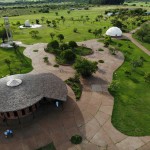 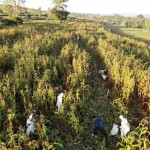 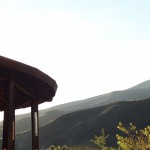 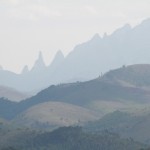 Light-Community of the New Earth

Having lived in four of the five Light-Communities, currently acting as coordinator in the Light-Community Fraternity of Aurora, Maurício has the experience of multiplicity in the relationships with people from diverse parts of the world and he considers that: “from a spiritual point of view, in a Light-Community we have the opportunity of adding personal talents to the talents and experiences of others – this greatly enriches the sphere of life.”

Maurício adds: “the objective of the Light-Community as a whole is to be a field of experience, where people are able to have a transformation of consciousness.” And he enlarges: “the greater purpose, in short, is to unite with God.”