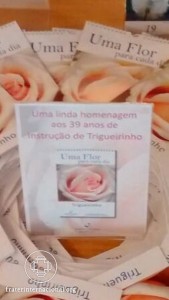 Irdin Editora, affiliated with Fraternidade – International Humanitarian Federation, has decided to render a homage to the fertile task of spiritual instruction of the philosopher José Trigueirinho Netto. With this in mind, a special publication was launched, in the format of a biannual calendar 2018-2019, illustrated with little known flowers and with thoughts extracted from books by the Brazilian writer.

The material is introduced under the title: “A flower for each day”, and includes 31 pictures selected from a set of images taken during one year in the vegetation of F2, one of the lodging areas of the Community-of-Light of Figueira. The photos were taken from a close-up, to emphasize the sacred geometry – circles, triangles, squares, stars – contained in these expressions of maximum beauty of the Plant Kingdom. The criteria of selection was to choose little common varieties, such as the flowers of okra (Abelmoschus esculentus), of Solanum Grandiflorum (Solanum lycocarpum) and of sansao-do-campo (Mimosa caesalpineafolia). Also the four seasons were taken into account. 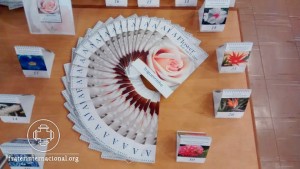 The thoughts were extracted from 14 works by Trigueirinho, including: Beyond Karma, Impulses, Peace Exists, Niskalkat, Inner Peace in Critical Times, The Golden Keys, The Birth of the Future Humanity, The Time of Rescue, Collected Messages, The Fifth Race, Inner Encounter, The Voice of Amhaj, Pages of Love and Understanding, Messages for Your Transformation.

The biannual calendar was elaborated in three languages – English, Portuguese and Spanish – and in two formats, for a table and to be hung on a wall. 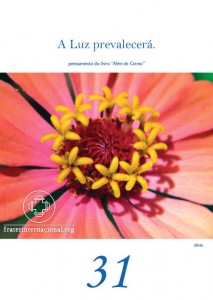 “In this simple way, we want to express our deep gratitude to someone who surrendered completely to share and disseminate the spiritual instruction. We also aspire to encourage people to reflect about the importance of living in harmony with the Kingdoms of Nature and with the whole Universe. For this, we made use of the messages that each each flower inspires us and the messages extracted from the work of Trigueirinho”, said José Luis López Cortés, institutional manager of Irdin Editora.

Throughout 39 years, Trigueirinho wrote more than 80 books and gave more than two-thousand lectures. He began his work in Belo Horizonte, capital of the state of Minas Gerais, Brazil. In 1987, he founded, with a group of collaborators, the Community-of-Light of Figueira, in the countryside near Carmo da Cachoeira, a little town in Southern Minas Gerais. Since then, he continued his mission of love, fostering the expansion of consciousness of thousands of people, and encouraging them to live a fraternal life, of peace and harmony with the Universe. Most of his books were translated into Spanish, and a part into English, French and German. In 2012, he launched a series of monthly lectures, broadcast to the whole world, from the website of the Community-of-Light of Figueira.

Where to find the calendar 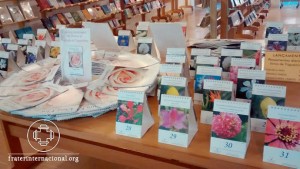 The calendar “A flower for each day” is available, together with the whole work of Trigueirinho, at the website of Irdin Editora and at the bookstores of Carmo da Cachoeira (Av. Lourival Campos Reis, 485), of the Community-of-Light of Figueira and of the Nucleus-of-Light of Belo Horizonte, Sao Paulo and Sao Carlos.

Additional information can be obtained from Monday to Friday, from 8 a.m. to 5 p.m. at 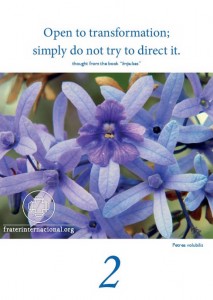 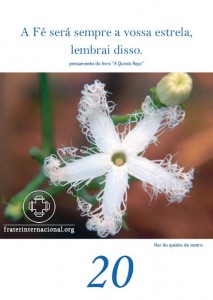 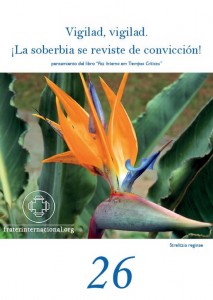