Irdin Bookstore in São Paulo – a treasure to be unveiled 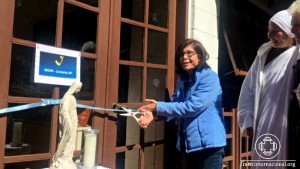 This Saturday, July 15, the Nucleus-of-Light of Figueira in São Paulo, Sacred House of Mary, Mother of São Paulo, located in the city of Carapicuíba, metropolitan region of São Paulo, Brazil, lived a great exercise of gratitude and love: the welcome to and the reopening of the Irdin Bookstore.

In deep joy, 30 people, including the presence of the monastery of the Grace Mercy Order, represented by Mother Maria de Belém and the sister Maria dos Anjos, participated at first in a joyful meeting with canticles and received communion. After that, in a study ministered by Santo Luizes about “The Mother”, of Sri Aurobindo Ashram, important sentences of this great instructor were studies

At the end, the group went to the external area of the house. In the garden that was permeated by the energy of the Devic Kingdom, the sune seemed to shine in a special way, warming up the people present there. In a simple prayer, a special thank was expressed to the beings that contribute with spiritual instruction. 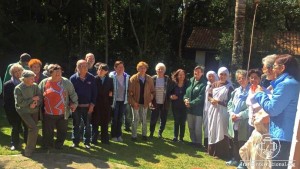 The space of the main house where the bookstore was installed is very small and exposes a little sample of the catalogue of publications of Irdin. But everyone recognizes the great immaterial treasure – printed or recorded in audio – that visible and invisible instructors have materialized there.

“We know that ‘nothing must be an obstacle for instruction’, and reopening the bookstore, an activity that had been suspended for some time, represented a hallmark for us, where a new point of expansion of consciousness became  present, rekindling this Sacred Teaching in our hearts”, explained Sonia Petroni.

All are invited to visit this space of instruction in the Nucleus-of-Light of Figueira in São Paulo. 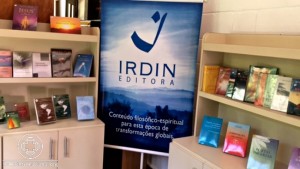 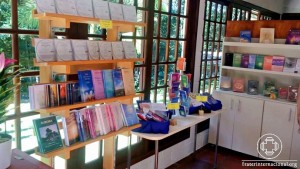