International Day Against Homophobia: Young Venezuelan LGBTQI+ of the Shelter in Roraima Tell About Their Experiences.

The International Day Against Homophobia, May 17, was a date established by the United Nations (UN) as a symbol of the struggle for human rights and for sexual and gender diversity after the term “homosexuality” was no longer used and homosexuality was taken off the list of illnesses of the World Health Organization (WHO) in 1990.

Being a part of the LGBTQI+ community (Lesbians, Gays, Bisexuals, Transgenders, Queers, and Intersexual) requires resilience to live in a world where discrimination leads to crimes seen frequently in the headlines of newspapers, in a world where there still exist 70 countries that consider homosexual relationships to be a crime. To be LGBTQI+ and a refugee demands double the resiliency, because of the situation of vulnerability imposed by conditions that make it impossible to maintain human dignity.

Struggle is a word constantly present in the testimonies of two young Venezuelan refugees, members of the LGBTQI+ community, that currently live in the Tancredo Neves Shelter, managed by the Fraternity – International Humanitarian Federation (FIHF), through the Roraima Mission, with funding and support from the United Nations High Commissioner for Refugees (UNHCR). 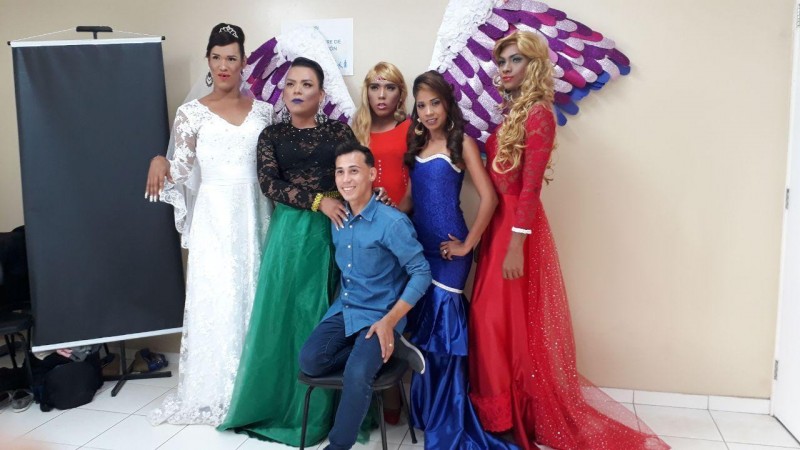 A welcome helps to bring out talent and creative ability.

“Without struggle there is no sacrifice, no victory,” says the young transgender, Stefania, 20 years old, who is also part of another minority: a disabled person.

Without the support of her family and a victim of discrimination because of her physical condition, she travelled to Brazil, as so many other Venezuelans, in search of a better life. Here she found what she was seeking.

“Here in Brazil you are treated better,” she affirms. As if her difficult journey were not enough, she contracted the new coronavirus (COVID-19). With access to medications and what she defined as “fraternal caring,” she recovered from the illness.

Now, Elier, 19 years old, defines the stay in Brazil as remarkable for the “legal, moral, spiritual, mental, and physical” support that they did not find in Venezuela, a country that is supposed to be very beautiful in its landscapes, but whose economic situation forced their departure, as well as that of many others.

Regarding homophobia, it is categorical: they can’t allow discrimination to affect them, they must move on. That is only possible with an understanding of who they are and of self-acceptance. “At first, I felt confused, I looked for ‘fixing it.’ It is a question of deciding and saying ‘yes:’ only in that way am I a person the same as everyone else,” they say. 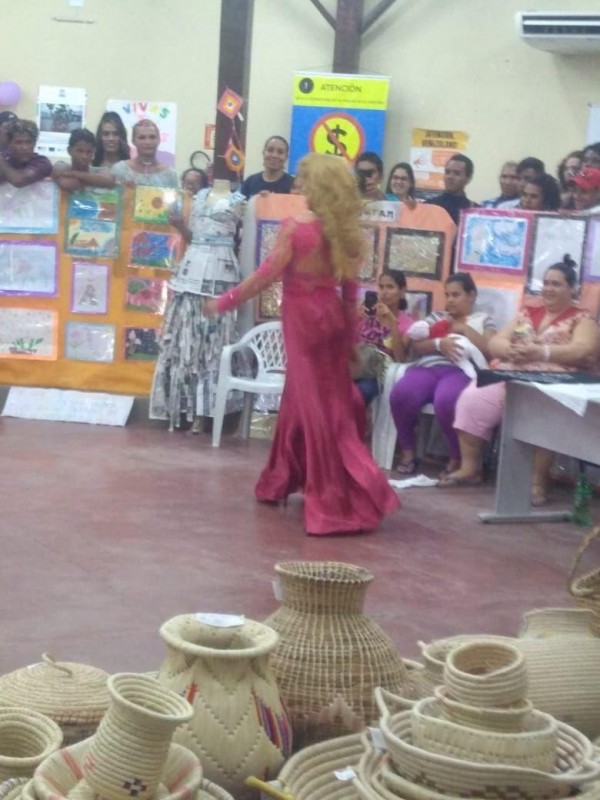 Spontaneity and dedication were essential elements in the preparation of the parade. 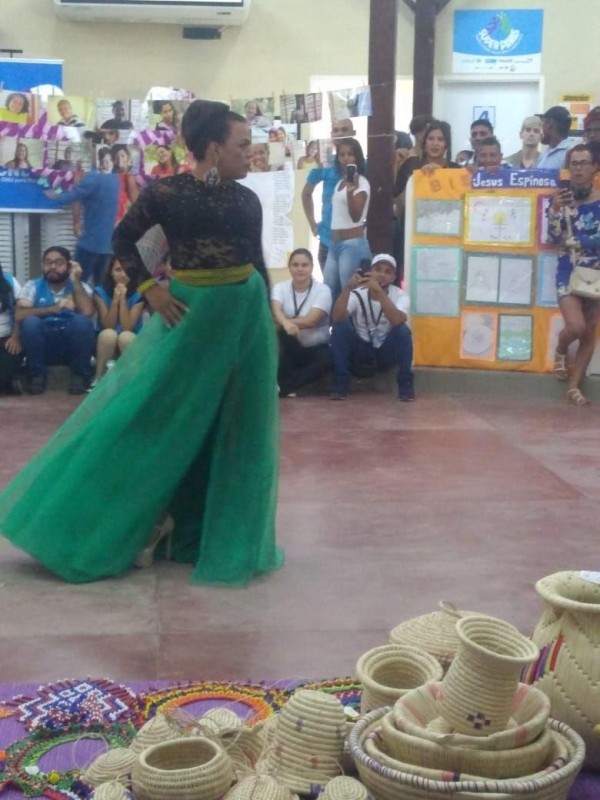 Parade done by the LGBTQI+ group of the Tancredo Neves Shelter in 2019. 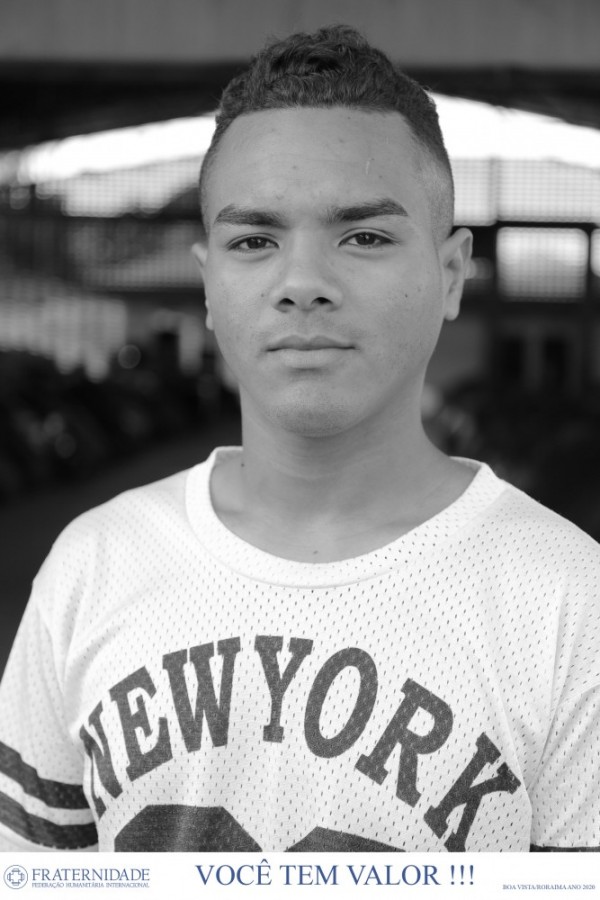 Self-acceptance is essential to recognize and affirm yourself as a person.

Fátima Cavalcante, missionary, defines the experience of working with the LGBTQI+ as a great teaching. “They are extremely creative, inventive people. They have an imagination that allows natural creating and acting. I was very surprised in the work with these people. We need to draw closer to them and learn with them, for they have much to teach us.”

Eduard, LGBTQI+, is a costume designer who stayed in the shelter a while and organized a fashion show with dresses created by himself, in 2019.

“It is what I best do: draw lines, design dresses and clothing. I like it a lot because it emphasizes femininity,” he said in an interview with the missionary at that time. He experienced times of doubt in his talent, but in the Shelter, his creativity emerged once again. “It was like the wind that lit the embers,” he says. It was also where he could bring his art ‘to life’ in pieces made and used by other members of the LGBTQI+ community in the parade.

The spontaneity and the artistic talents of the LGBTQI+ in the Shelter impressed Fátima, who classifies the youths as endowed with great strength and aware of their roles, with aspirations to be leaders. “They are at the forefront of a group that needs to face discrimination and prejudice; this ignites an awareness of facing this world that needs to be re-invented,” states Fátima.

Young and subject to discrimination not only because they are LGBTQI+, but also because they are immigrants, it is as if the world demanded more preparedness and a rapid maturing of these people.

For Stefania, the great lesson of being a young transgender and Venezuelan refugee is the importance of overcoming obstacles. If she could leave a message for others in the same situation, Stefania would say: “study, prepare for what you will do in life. If you are LGBTQI+, struggle to be independent, responsible and professional people.” 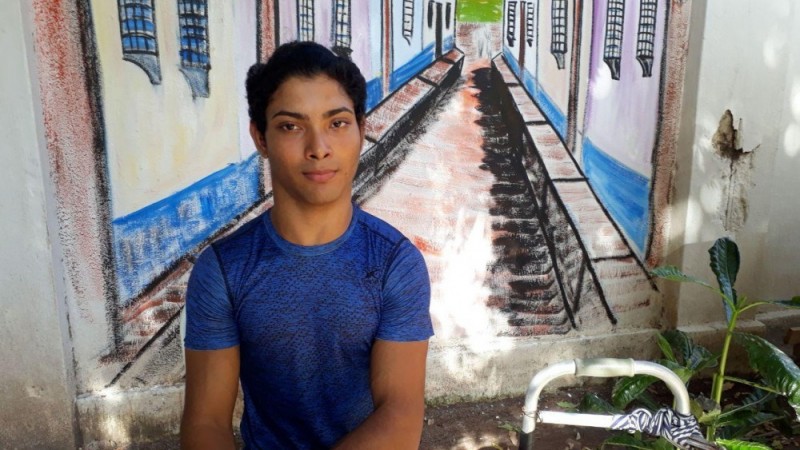 To be LGBTQI+ and refugee demands courage, struggle, and resistance.