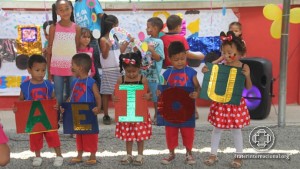 Humanitarian Roraima Mission of Fraternidade – International Humanitarian Federation, organized, together with collaborators and adult refugees, in different shelters located in two cities of the state, the festivities of the Children’s Day, a special date that is celebrated on October 12 in Brazil. 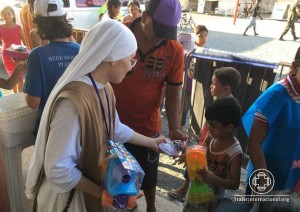 Besides the Children’s Day, also the Day of Our Lady Aparecida (patroness of Brazil, in the Catholic calendar) and the Day of Indigenous Resistance (a date that in Venezuela is celebrated on October 12).

In the four places of the festivities, there were special decoration and distribution of toys and goodies. Likewise, child painting workshops were offered and the children played with numerous games.

The playful, educational and sports activities had the purpose of facilitating to the refugee children moments of homage and fun. 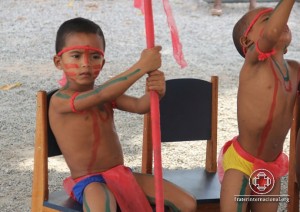 In the shelter of Pacaraima, the Indigenous babies newly born in the refuges of Brazil were remembered in a special manner. The activities were conducted by the Venezuelan teacher Israel Arintero Nuñez, who coordinates the Warao teachers. He presented each activity and then had each responsible teacher speak. 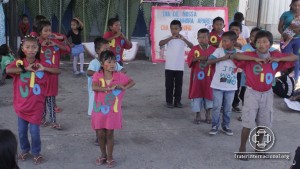 In the place were presented dramatized tales and tales with music, choreography, dances and songs of the Venezuelan folklore, besides dances and songs of the Indigenous Warao tradition. Children, youths and adults participated. The Pastoral of the Children of the local parish joined in a special way. The children gave their own note, singing the song: “Cor Esperança” (Hope Color).

In the refuge of Pintolandia, there were also representations of popular tales, dances and songs of the Venezuelan folklore, dances and songs of the Warao and Eñappa Indigenous traditions and the celebrated intervention of Gricelia, a refugee, who interpreted Venezuelan songs, topping off the festivities. In this place, members of the  Methodist Churcch collaborated. 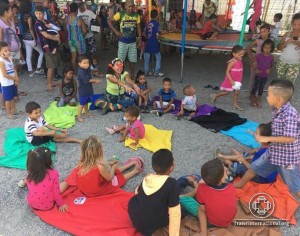 In Nova Canaan, a shelter of migrant families, there was an active participation of the Venezuelan teachers. In the place the program included the presentation of tales, poetry and choreographies, and had the collaboration of representatives of UNICEF (United Nations Children Funds), of the Salvation Army, of the organization “Pelota de Media” (“Socks Ball”) and of the motorcycle club “Los Buitres”.

Venezuelan artisans with refuge in the shelter Tancredo Neves collaborated with the feasts, elaborating beautiful artisan toys, which were given to children.