In the Center of Reference for the Immigrant (CRI), in the city of Boa Vista, activities were held at the school, in the kitchen and in the vegetable garden. 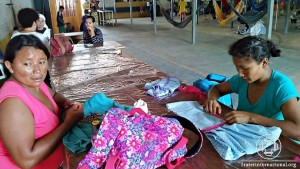 In the morning, a meeting was held with the missionaries of Fraternidade with the team of the Roraima Labor and Social Welfare Secretary (Setrabes) that works in the CRI. Issues that concern the CRI were solved.

Missionaries of Fraternidade visited the immigrants that are in the tents of the shelter and also talked with the artisan women.

Fabrics, threads and shapes for sewing were delivered to the artisan women. The pieces of artisanship that were sold at the fair were paid for and the pieces that were not sold were returned.

A pregnant immigrant were taken to the maternity ward feeling pain.

A team of the Boa Vista City Council of the Rights of Children and Adolescents (CMDCA-BV) visited the CRI to see the treatment (food, health) given to the children of the shelter. 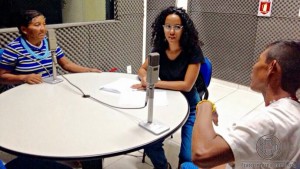 Recording on the radio

Two Venezuelan Indigenous immigrants of the Warao ethnic group participated in a recording for a campaign against xenophobia, which will be broadcast on radio stations. The immigrants were invited by a teacher and a student of the Roraima Federal University (UFRR).

In the afternoon, a collaborator of the Network-of-Light, a psychologist and a social assistant of the Setrabes visited the Venezuelan immigrant interned at the General Hospital of Roraima (HGR) with psychological problems. 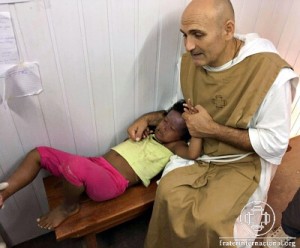 Child with leg wound being treated

Administration of medicines to three patients in the shelter.

A child who had suffered a bicycle accident, and who had a bandage in the head was taken to hospital due to swelling in the wound.

New material (fabrics and accessories) were given to the team of artisanship.

A meeting was held with missionaries of Fraternidade, a member of the monastery and representatives of the International Migration Organization (IMO) and of the United Nations High Commissioner for Refugees (UNHCR), to discuss issues of the shelter.

A nurse of the health center of the City Hall of Boa Vista went to the CRI to appoint prenatal examinations for the pregnant women in the shelter. Four exams were appointed.

In the afternoon, a bus of the UFRR picked youths from the CRI who attend Capoeira Dance classes outside the shelter to participate in a fraternization.

Three members of the Jesuit Service for the Migrant (SJM) visited the CRI to learn about Fraternidade. 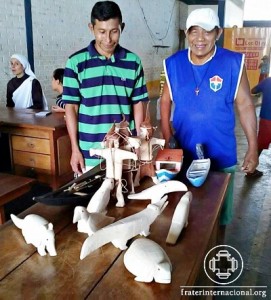 A meeting with artisan women discussed the event of fraternization to be held at the Park Anauá on Friday, 15.

Dental attendance was done at the Roraima State University for an immigrant with pain.

Expedition of documentation that involves the artisan work.

The Venezuelan immigrant, interned at the General Hospital of Roraima (HGR) with psychological problems was discharged and returned to the shelter.

Rehearsals were conducted on a stage assembled by the City Hall of Boa Vista, in front of the CRI, where an event of Christmas will take place. 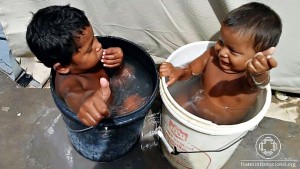 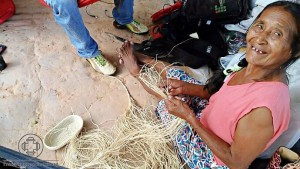 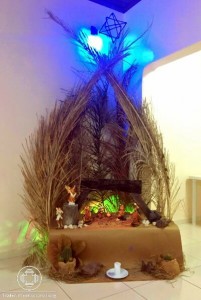 Manger at the Nucleus-of-Light of Figueira in Roraima