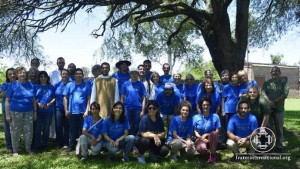 Renewed by youth energy, the Chaco Mission has entered a new stage of service and union with the Indigenous Consciousness. After ten meetings, this humanitarian undertaking that has been taking place since January 2016 in the province of Chaco, Republic of Argentina, included for the first time members of the Missionary Youth for Peace. This occurred during the events that took place on November 17 and 18, 2018.

On this occasion, ten youths from Buenos Aires, Cordoba, and San Luis participated and contributed with creativity, force, and dynamism. “The group felt revitalized with the presence of these youths who come with new ideas and new impulses to keep expanding the mission”, affirmed Marcos Renaudo, the coordinator of both the Network-of-Light of North of Argentina and of the Youth Campaign for Peace in Argentina.

“I felt that something new, very great, with very firm bases began”, confirmed Florencia Biancalana, one of the volunteers.

A test of faith 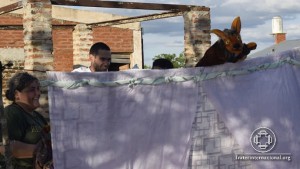 The tenth edition began with a test of faith, as the heavy rains that fell in the province of Chaco delayed the visit to the Indigenous communities. The group remained in prayer during the morning of November 17, and in the afternoon could head to a Qom village located in the locality of La Leonesa.

In the place, the group was received with much hospitality and could do everything predicted: haircut and hair-wash, dental service, deworming and vaccination of domestic animals; recreational activities and presentation of a puppet show, which fascinated the children.

To Elsa Viera, the presence of the rain, the wind, and the sun marked the beginning of the new time to which several participants referred: “we could understand that our missionary task is not only becoming part of something greater, still unknown but also that our missionary path is beginning to assume greater responsibilities, which offer to us other challenges”, said the missionary.

A consciousness of its own 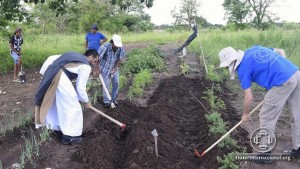 On the second day, the volunteers moved to the Qom community of Costa Ine, where they responded to a request: the concretion of a refectory. They installed a stove of six burners, with a gas cylinder, and left glasses, plates, pans, frying pans, as well as some food. They also gave the initial impulse for a communitarian vegetable garden, conducted playful activities with the children and gave dental assistance.

“In this tenth edition, the keynote that characterizes Chaco Mission manifested itself: on one hand, the unity with which the group moves, and on the other hand, an intense joy. It was perceived that the mission has a soul of its own, which goes beyond each one of its members, it is like a very living consciousness that transcends it”, commented, as a general evaluation, Mabel Jozami.

“I believe that it was quite perceptible to all that there is a network that keeps us deeply connected to these Qom brothers and sisters”, complemented Isabel Anderson.

Visibly touched, Eriberto Escobar testified: “One feels something very beautiful, unforgettable, of being able to give and of being able to receive. Each smile, each gesture, the kids come and embrace you, I felt a very great joy”. 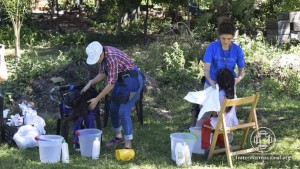 As a demonstration of the profound union between missionaries and the assisted communities, Viviana Walsh and Elsa Viera rescued two anecdotes: the first was featured by a girl with Down Syndrome, who actively participated in La Leonesa in all recreational proposals in group (she painted, sang, danced and had fun with the puppet show), a completely unusual behavior in her, according to what the Chief confirmed.

The other proof of unity was offered by a minor in Costa Ine: “we were sitting in a wheel, singing, laughing, sharing looks. At a certain moment, we took the hands of one another, the girl that was by my side, about 6-year-old, closing and hiding her little hand in mine, said: “this is not my hand…”, and pointing to my hand, stated: “This is my hand…”. As I believed I had not understood, I asked her what she had said, and she, hiding, even more, her little hand in mine, said: “Don’t you see?… This is not my hand…”, and pointing again to mine, said: “This is my hand…”, told Elsa, and added that with her words, the little girl had expressed the universal principle that “we are all ONE” and also that we are all part of the only Mission that we, as humanity, have come to fulfill on Earth.

Those interested in living this school of love for our fellow beings can come into contact with the Network-of-Light of North of Argentina, writing to: 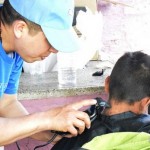 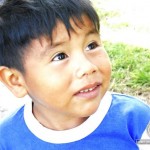 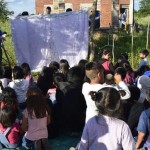 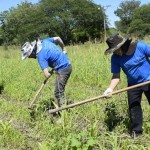 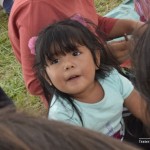 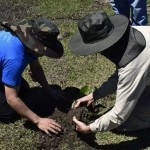