Campaign fosters more loving relationship with the Kingdoms of Nature 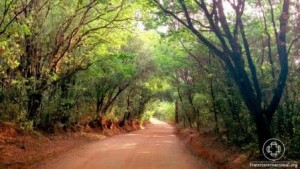 “We can all accomplish small actions in behalf of the Kingdoms, the ones within our reach. What is important is to do it with a lot of love”, emphasizes Lúcia Sirangelo. Together with Flávia Santos and Sônia Correa da Silva, they integrate the board of coordination of the Network-of-Light of the Southern Region of Brazil. The group, affiliated to the Fraternidade – International Humanitarian Federation – has begun a campaign that seeks to foster a more loving relationship between the human beings and Nature and the Planet. 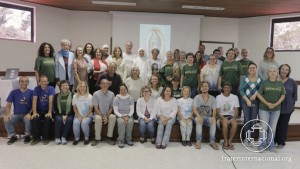 The campaign is based on the dissemination of talks and of a documentary that were  part of the First Meeting of Love for the Kingdoms, held in Florianópolis, Santa Catarina, Brazil, last November. The material, with the duration of 8 hours, includes presentations by Sônia Felipe (author of the book “Galactolatria” – Galactolatry – and “Acertos Abolicionistas, a vez dos animais” – Abolitionist adjustments, the turn of the animals), Mene and Hayla (the coordinators of the Kingdoms sector of the Community-of-Light of Figueira) and Ana Regina Nogueira (author of “Viver o amor aos cães” – Living love for the dogs – and “Por que ninguém me disse isso antes?” – Why didn’t anybody tell me this before?). Also part of the campaign is the NorthAmerican documentary “Racing Extinction”, made in 2015, by the Oceanic Preservation Society. 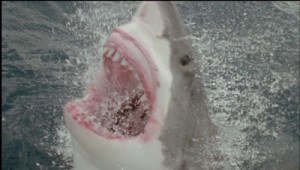 The one-and-a-half-hour film shows the results of the killing and of the clandestine selling, in great scale, of protect and endangered species, specially of sea animals and birds, and encourages watchers not to remain indifferent before so many crimes against the Kingdoms of Nature. “I know that it seems impossible, but if we began just with something, we could begin a whole movement”, affirms optimistically in the last part of the documentary the director Louie Psihoyos and co-founder of the Oceanic Preservation Society. The message is reinforced with the following written suggestion: “If we stop buying endangered animals products, the vendors will stop offering them”.

A message of hope 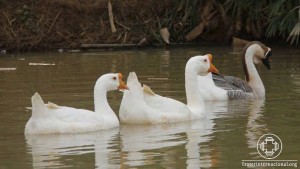 “The documentar illustrates what is happening on the Planet”, comments Flávia. “After watching, we perceive the great ignorance extant about what happens with the Kingdoms; the very issue of eating meat or not, of being ovolactovegetarian or vegan, oftentimes people ignore the impact of their dietary habits”, complements Lúcia.

“On the other hand, it brings a message of hope that each one can do something, no matter how small, to alleviate this great pain. And when it is done in an offering to God, the impact is even greater, because it reaches the spiritual dimensions”, continues Flávia. 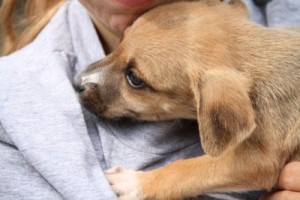 She remembers that the impulse to do something for the Kingdoms arose during the dissemination of the book “Viver o amor aos cães” (Living the love for the dogs) in the South of Brazil, in May 2016. Then the conditions arose for the organization of the First Meeting of Love for the Kingdoms, in which 50 people from several cities of the South of Brazil participated. “After that, we felt the need to share the material with the Communities-of-Light, Nuclei-of-Light and Planetary Network-of-Light groups, as a way of advancing together along this path of love for the Kingdoms”, she remembers. The first experience of sharing the material was in the Community-of-Light of Figueira, from May 9 thru 15, 2017.

Flávia comments that the next step will be to improve, at a studio, the quality of the recordings, which are in Portuguese, to facilitate the understanding for the Spanish-speakers and then to translate into English. With the support of Irdin Editora, the content will be distributed as a CD in the forthcoming meetings of diffusion, together with a selection of messages by the Divine Messengers and other materials that make reference to the Kingdoms.