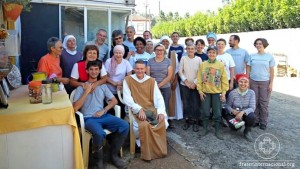 From September 23 thru 25, 2016, the 1st Missionary Experience of the Fraternidade – International Humanitarian Federation, in Europe took place in the city of Porto, Portugal. Twenty-five people participated. The event was a hallmark in the union of the groups of Europe and brought about a great opening concerning the work in the Continent.

Members of the Community-of-Light of Fleur-de-Lys, of the monasteries of the Grace Mercy Order in Europe and of the Network-of-Light groups of the region of Porto participated along with the Missionaries of the Fraternidade. 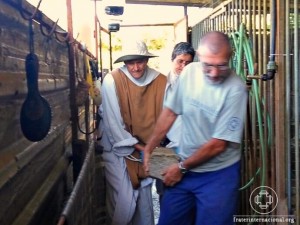 The experience took place in the “Fleur-of-Lys Space”, a place used by the Network-of-Light of Oporto for prayers and rhythms of the group and also in the “Quinta da Curtinha” (Villa of the Curtinha) or “Fazenda da Curtinha” (Farm of the Curtinha), a place dedicated to hosting and care provided to abandoned animals of medium size (sheep, dogs and cats) and big size (horses and asses). The place also functions as a hotel for animals.

On the first day of the meeting, the work was done in the “Fazenda da Curtinha”, where nine external kennels were harmonized, with the removal of much trash and debris. Then little walls were built to separate the kennels and to avoid the dogs passing under the fence. Also the external area was harmonized, with the treatment of the plants and removing the weeds of the area. 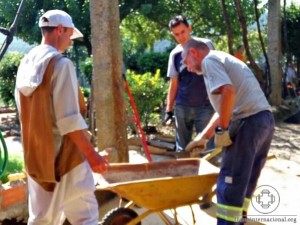 A work of harmonization of the internal areas, with the cleansing of walls and ceilings was also done.

“It was a very harmonious work, we had moments to pray, to make attunements at the beginning and at the end of each activity and we shared the lunch. It was a very fraternal meeting”, said Emmanuella, the coordinator of the Community-of-Light of Fleur-de-Lys. 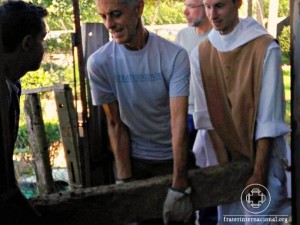 The group of the Network-of-Light of Oporto and the members of the Community-of-Light are getting ready to collaborate and keep a monthly rhythm of work in the Farm. “It is a very special place of dissemination and care of the Animal Kingdom, because they are treated with a lot of love. It can be an important area of awareness-raising of the works with the Kingdoms”, said Emmanuella.

On the two following days of experience, the work happened in the Space Fleur-de-Lys. Activities in the external area were conducted and so were several meetings with the group, when themes were touched upon such as what is the missionary life, how will the Permanent Mission in Greece be and how the group of Europe can collaborate. “Many doors were opened and several people have offered to participate”, said Emmanuella. 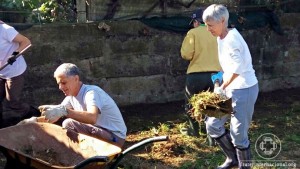 There was also a presentation of the Missionaries of the Fraternidade to a group of Boy and Girl Scouts from the age of 8 thru 17 that is close to the region of Porto.
“The passage of the missionaries here was fundamental to create a greater proximity with the group (monasteries, Community-of-Light and Network-of-Light), as we have this permanent mission in Greece and we feel that it was an opening for the people concerning this work in Europe”, completed Emmanuella.