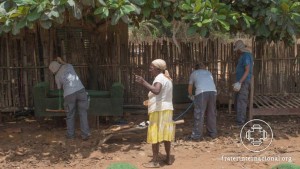 Two working fronts were established in the district of Vista Alegre, city of Rio Casca, Zona da Mata, Minas Gerais: part of the missionary group began to work in the rebuilding of an affected house, while the other part of the group continued the attendance at the health center.

“We chose a house, representing all the others who were affected in this region, to help in the rebuilding. We selected the home of Dona Izabel, an elderly lady who lives alone in the place”, explained Vitorio, the coordinator of the Zona da Mata Mission, organized by Fraternidade – International Humanitarian Federation. 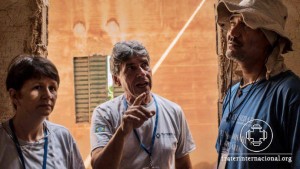 Planning the tasks for the roof

The flood dragged the roof and all belongings of the woman, who is not housed in a temporary place. The missionaries concentrated the first actions around the house, cleaning the yard and leveling the floor at the entrance. “We felt we should do something to help her recover this house devastated by the waters and which to her means everything. She is a woman of extreme simplicity, as is her home, but she only wants to go back there”, explained Wanderlei Freitas, a member of the mission.

The attentions at the health center showed two details: on the one hand, many people with psychiatric problems were treated, and, on the other hand, besides the residents, the personnel of the health center was also treated. “We found the majority of the officers very tired and with pain in the whole body, a result of the intense days they had to live with the floods since the last 4th of December”, described Vitorio.

You too can collaborate with this Humanitarian Mission. Learn more by clicking here. 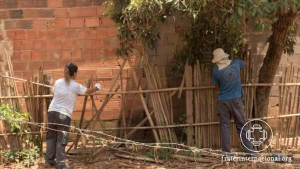 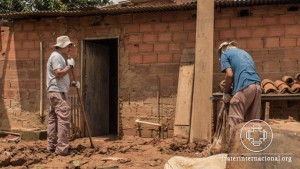