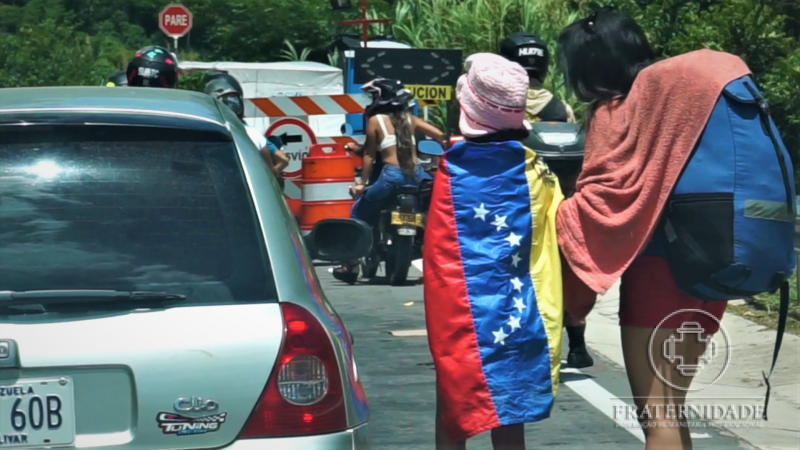 In the face of minimal prospects and survival and safety conditions in Venezuela, many people are leaving everything behind, looking for a new beginning in another nation.

The forced immigration to neighboring countries is growing every day and Colombia is the country most sought by the Venezuelans. Around 1.4 million refugees have already crossed the border, according to a survey of the United Nations (UN).

Because of the lack of funds to buy a bus ticket, the Venezuelan immigrants arrive walking on dangerous roads. The exhausting journey is faced by young people, older people, and children who rely on their own luck and the support of volunteers to overcome this dangerous challenge.

The Venezuelan walkers have to face extreme situations such as sudden changes in temperature and altitude, the lack of food, and wounds on the feet caused by the use of inadequate footwear.

This reality is closely followed by the missionaries of Fraternidade – International Humanitarian Missions (FIHM) in Colombia. In joint actions with other humanitarian organizations, the Missionaries of the FIHM aid in the preparation of meals, distribution of clothing, and preparation of dressings, and whatever is possible to help the walkers.

Just in Cúcuta, a Colombian city on the border with Venezuela, more than three thousand Venezuelans arrive every day. Many enter Colombia and continue on to the capital, Bogota, but the majority continue walking in search of opportunities in Ecuador, Peru, and other more southern countries on the continent.

“The faith of the Venezuelan people is the greatest asset they have for facing this tragedy in that nation. Every day we went to the roads and would see entire families walking. The majority with their feet torn up and often starving. They were completely dependent on the people that were passing there,” says the missionary Tássio Tesser.

The physical and emotional exhaustion makes the journey traumatic for many. A network of shelters and humanitarian stations provides services for the walkers, but the number of people is so large that there is not always room for all of them and many end up sleeping outside.

At this time, the Colombia Humanitarian Mission has ten missionaries from FIHM. Besides support for the Venezuelan walkers, the volunteers carry out weekly play workshops with children assisted by the Bethany organization, located in the southern zone of Bogota. While the children participate in the activities with the missionaries, the parents receive psychosocial orientation offered by the institution. 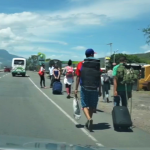 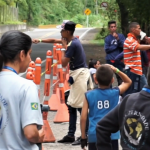 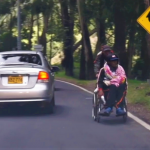 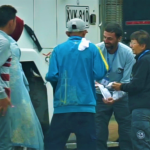