The horses Victorio and Aleluya. Story of faith and hope | Part 2

After finding out about the story of the two horses that were being taken care of in the neighboring field, the R3 area in the Fraternity of Aurora Light-Community began to prepare a space for housing them. Their care in the neighboring field was exhausting because of the difficulty of restraining them: because they were untrained animals, it took hours to capture them, besides requiring a different strategy every day.

For this reason, the owner was asked for permission to move the animals to make it  easier to take care of them. It was difficult to convince him due to the remarkable improvement that was miraculously occurring in them, but it was necessary to keep on giving them the proper attention, because Aleluya still had the infection in her chest. “If I don’t take care of her, she may die…” were the words that gained the permission for the horses to be cared for in the area of the Light-Community. 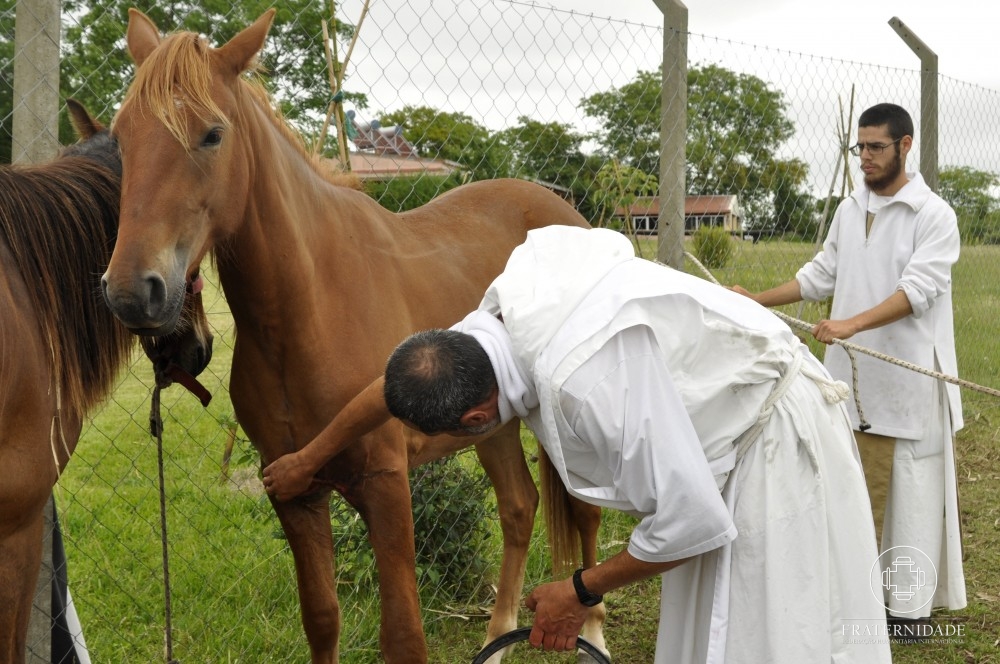 The yearling Aleluya had such a large wound that three whole fingers could fit in it. This and the advanced myiasis (maggot infestation) weakened her considerably. Moving her allowed for better care, but the difficulty was not lessened because of this: her nervous system had been affected by the poison, which made her a very shy and super-sensitive animal. But the unlimited patience and dedication, after four months of constant treatment, caused the wound to close little by little, even though it would reopen at the slightest touch.

While, with the male, soon after recovering from the inflammation and the wound of the castration, the possibility of walking again by means of surgery started to be evaluated. After several consultations with specialists, expectations diminished. The surgery meant not only breaking the bones again that had become calcified; it also required that the horse would have to stay lying down for a month of recovery, which would be impossible.

Feeling that going through another stressful situation would be too much for the yearling, all that was left was to help him in his recovery, in spite of the fact that he wouldn’t be able to walk normally again. The months went by and the resolve to help them so they would recover as much of their strength and normal life as possible led to incredible improvements. 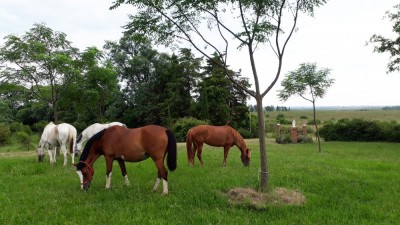 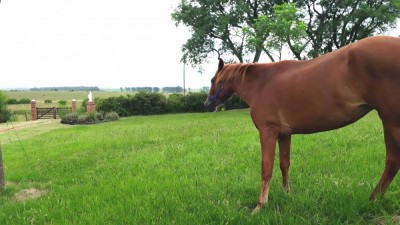 On one occasion, the caretakers saw that Vitorio took off running after the mare as she walked a distance away. This motivated them to begin to encourage Vitorio into walking on flat places until they managed to get him to put weight on his hind leg. Afterwards, they encouraged a trot and a gallop, always little by little, because it was necessary he discover on his own that he could use the leg he had never placed on the ground. “Since their accidents, they bonded with each other in such a way that when one is far away, the other starts calling,” Friar Maximiliano tells us.

The fortitude of the horses was what allowed them to survive in spite of the circumstances and inspired their names: Aleluya and Vitorio, the latter “because he achieved a victory, he is a winner. He could have died, but kept on striving, thanks to his warrior spirit,” stated Friar Maximiliano. He also tells us that what made him not lose hope was his love for the Kingdoms of Nature. “I never lost hope of saving them in spite of all the difficulties.” 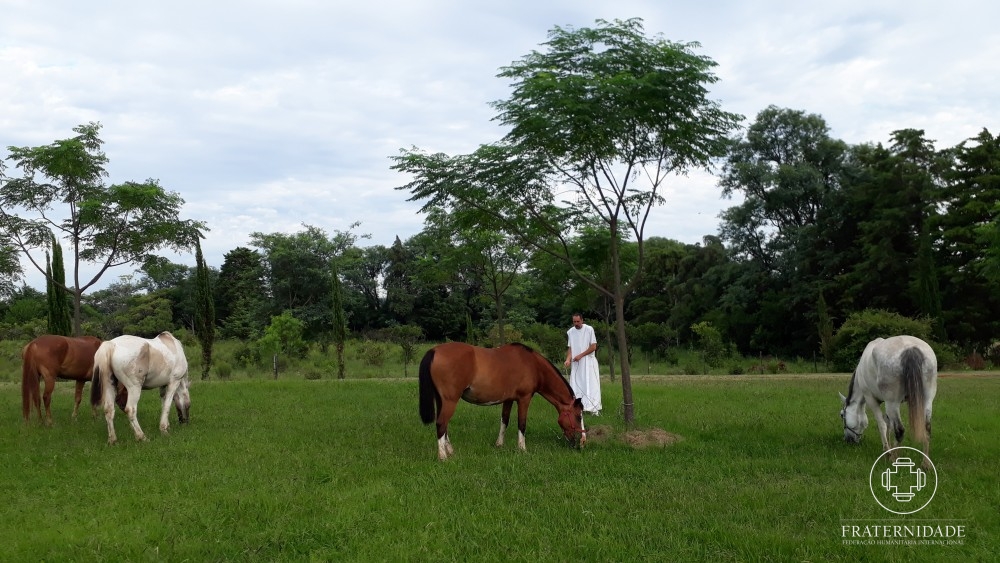 Nowadays, Vitorio still isn’t able to completely place his full weight on his leg, but this does not stop him from walking and running with Aleluya. To see them currently crossing the field in a healthy way as a herd, with other animals that have also been helped with the same care, is a clear example that a love for the Kingdoms of Nature and hope are the last things one should lose when faced with any circumstance. The Kingdoms themselves inspire one to live this love, and are a great school we should never cease caring for. Perceive, observing the Kingdoms, that the school of love is in all things.

Especially the Kingdoms of Nature permanently show you how to live the love that transcends imperfections, and

The horses Victorio and Aleluya. Story of faith and hope. | part 1