The Community-of-Light of the New Earth and the Sanctuary of the Kingdoms, located in Teresópolis, Rio de Janeiro, Brazil, have kept as a priority the recovery and the treatment of abandoned animals. Just in one month 27 animals were rescued and accommodated.

During the month of november 2016 twenty dog cubs, two little pigs, one calf, one cow, one young goat and two cats. The animals were taken to both areas in the Community-of-Light that assumed the commitment in behalf of the minor brothers and sisters (Community of the New Earth and the Sanctuary of the Kingdoms).

They are stories that arise daily, as was the case of the calf Seven, removed from the neighboring farm because it was born with a physical deficiency and is not commercially useful anymore, and of the little cow Gopala, found in the streets of the city of Friburgo, without teeth and in a serious state of malnutrition.

According to Nádia Moya, a collaborator of the Community-of-Light of the New Earth, the rescue of abandoned animals is today one of the main tasks in the daily routine of the Community. “The Divine Messengers call our attention not to remain in this state of indifference to our neighbor, which is such a common attitude in this planetary cycle”, said Nádia. 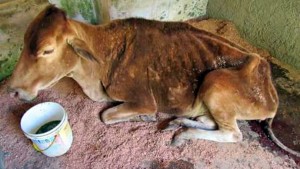 Calf Seven when it was rescued 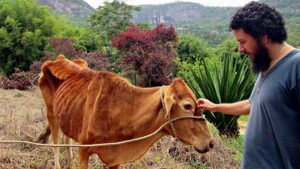 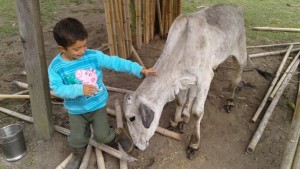