On this Friday, the 23rd of September, the auditórium of F2 in the Comunity-of-Light of Figueira will wear its most special garments  to celebrate first anniversary of the Meetings of Music for the Healing and the Upliftment of Humanity, events that take  place in different Communities-of-Light, affiliates to the Fraternidade – International Humanitarian Federation, and is broadcast live by Mercy Mary TV. These events are a request of the Virgin Mary, transmitted in the message of the 26th of November of 2015, through Friar Elías del Sagrado Corazón, a visionary monk of the Grace Mercy Order. 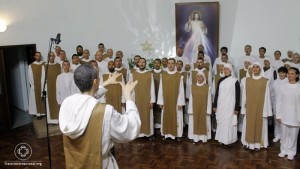 At the night of the event, at 8 p.m. (Brasilia Time), 40 members of the Choir of the Communities-of-Light will climb the scenario to offer their best, through five musical pieces:

The presentations will be accompanied by numerous instruments, such as guitar, electric guitar, drums, organ, marimba, flute, piano, violin, cello and tubular bells. 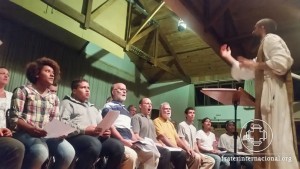 Practice of “We are the World”, in F2

Meeting with Christ
“In the next event, we want to collaborate for Christmas to be not just a date that we celebrate every year, but as an opportunity of seeking the essential and true aspect of this Divine Love, of the Christ that lives inside each one of us”, declares friar Renato, a monk of the Grace Mercy Order, a member of the coordinating board of the Choir of Figueira and one of its musical directors.

The first event of Music for the Healing and the Upliftment of Humanity took place, at the request of the Divine Mother, in the Marian Center of Aurora (Uruguay), on the 23rd of December of 2015. On this occasion, the Choir of the Community-of-Light of Fraternity took on the challenge, interpreting five compositions: “Canon of the Names of God”, “Star of Bethlehem”, “From the Earth to Heaven” (instrumental), “Come, Holy Spirit” and “Blessed are the Merciful”. 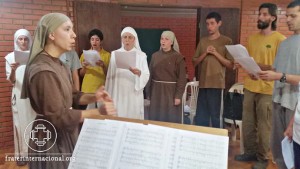 Practice of “Source of Life”, in the VC

The events of January and February of 2016 also took  place in Aurora. The place of the event changed to the Community-of-Light of Figueira in the months of March and April. In May and June it returned to Aurora and in July it reached Europe, in the city of Oporto, Portugal. In August it was carried out in Aurora and since September it has been taking place in Figueira. Also from this month the opportunities expanded of participation of the Nuclei-of-Light and Network-of-Light groups, with the inclusion of videos filmed in these places. 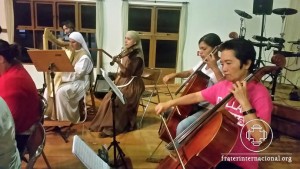 Practice of “Silent Night”, in F2

“This experience has fostered quite intensively the unity among all the Communities, Nuclei-of-Light, Network-of-Light and Associations. At first, it was very difficult, because we didn’t know well what we had to do and it was hard to harmonize the rhythms to coincide the rehearsals and to prepare a repertoire for live presentations in just one month, but at the end everything came out very well”, affirms the general producer of these meetings, Friar Paulo, of the Grace Mercy Order.

“The deadlines are short and many details remain without solution, but in the moment of  presentation everything flows miraculously and with a lot of harmony, what shows that we are accompanied by our angels and by Mary indeed”, highlighted Vanilda, a member of the coodinating board of the Choir of Figueira. 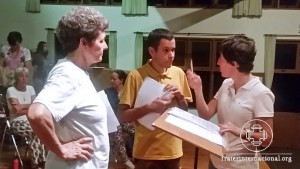 Both friar Paulo and friar Renato coincide that the group has managed to build an ecumenical channel of healing and of spiritual upliftment through music, independent of styles and of the participants, based on the cultivation of neutrality, of impersonality and of detachment before the musical alternatives. “By means of music, we are integrating all those brothers and sisters who feel like manifesting peace, unity and beauty, to disseminate archetypes of a higher harmony”, says friar Renato.

“It is a great opportunity of service to God and a very great joy, and in spite of being very demanding and laborious, we feel in the scenery that we are healed and uplifted”, considers Ambrosio, guitar player, composer and one of the assistants of musical direction of the Choir of Figueira. 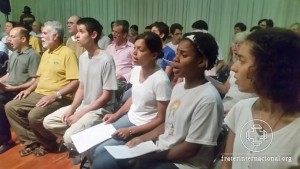 Practice of “Silent Night”, in F2

“I think we have managed to grow and mature as a group, and to understand that the mistakes, difficulties and material limitations are part of this offering, and that everything develops according to the Will of God. What is important is to donate with the heart, out of love for the Divine Messengers, for humanity and for the whole Planet”, completes friar Paulo. 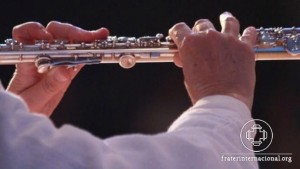 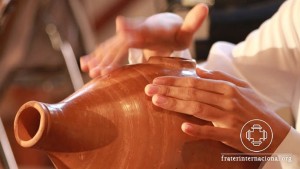 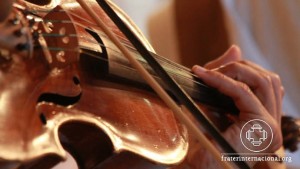 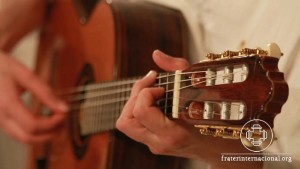 Read Maria’s messages on Music Meetings for the Healing and Rise of Humanity: 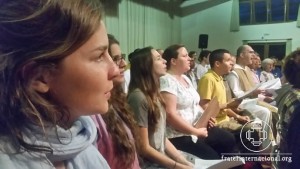 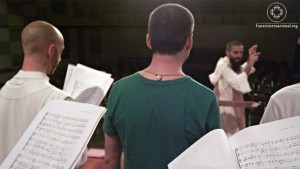 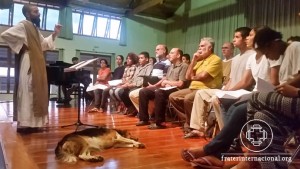 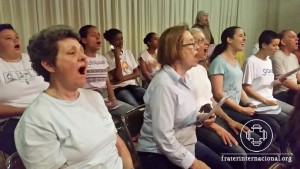 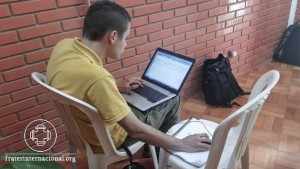 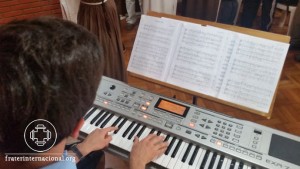 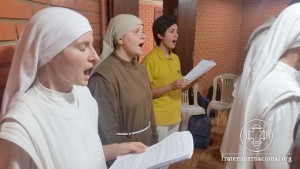 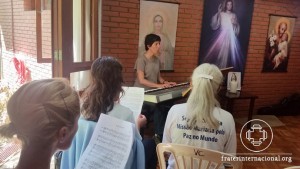 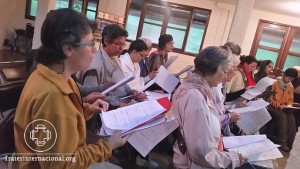