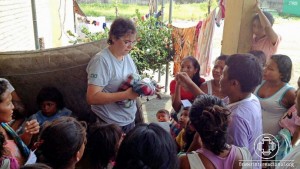 The week began with the distribution of clothes that were in the House of Saint Joseph for the Indigenous in the CRI – Center of Reference for the Immigrant. The bags of clothes were organized and separated by the name of each family. Clothes were also given to the Social Pastoral.

A volunteer teacher went to the shelter to teach Portuguese to the Venezuelans.

Indigenous women conducted activities of sewing clothes, such as dresses and skirts, with materials they received as donation.

⟢
On Tuesday, 4, the distribution of food for the shelter and for the houses of the Social Pastorals was made. 400 kg of rice, 300 kg of flour and 300 kg of milk powder was distributed to each institution. 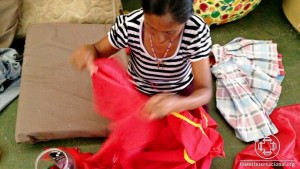 Clothes for the Warao men were distributed in the shelter.

On this day, four new Venezuelan immigrants arrived, and the Brazilian Indigenous leader Tuxaua visited the CRI to check the possibility of receiving five families in his community.

In the afternoon, the selection of donations in the House of Saint Joseph continued, and later the weekly meeting of the mission took place.

A heavy rain caused leaking in the gymnasium and flooding around the shelter. 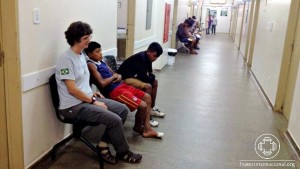 Health
During the week, referrals to the general hospital and polyclinics of the region were made, of cases that could not be solved in the shelter. Missionaries also accompanied the attendances.

The Special Secretary of Indigenous Health (Sesai) and the Special Sanitary District of Health (Disei) conducted 77 medical attendances and vaccinations.

North-American doctor of the Methodist Church conducted 33 attendances in the shelter, while a couple of the church held recreational activities with the children.

The coordinator of the course of Nursery of the UFRR, together with a councilor of the city, were in the House of Saint Joseph and donated 100 kits of oral hygiene and products to kill lice. 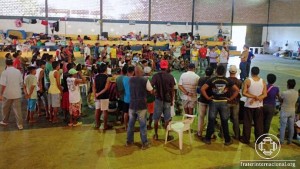 General meeting in the shelter

On Wednesday, 5, a new selection of clothes in the House of Saint Joseph was made, and also their distribution to the Warao women.

In the afternoon, the workshop of the Project Acolher em Ação (Welcome in Action) of the Federal University of Roraima (UFRR).

At night, there was a general meeting in the shelter, with the presence of the Fraternidade, the Civil Defense and a representative of the Secretary of Work and Social Welfare (Setrabes) and immigrants. The themes touched upon were the updated list of the non-Indigenous Venezuelans, the habit of the Indigenous mothers to take their children to beg for alms, the conflicts between Venezuelan Indigenous and non-Indigenous immigrants and other subjects.

⟢
On Thursday, 6, the task of selection of clothes in the House of Saint Joseph continued, and there was the distribution in the Association of Venezuelans in Brazil.

A volunteer offered to fix snack in the afternoon. 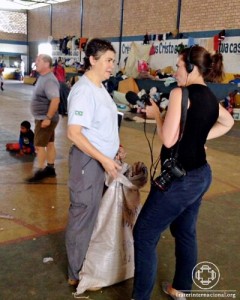 Press
National and foreign TV reporting teams were present during the week gathering material in the CRI.

The Cultura TV of Roraima was in the shelter and filmed the activities of sewing of the Indigenous women and interviewed the missionary Clara.

The Globo TV collected information about the current situation in the CRI, as the area around the shelter seems to be in a process of expansion of slums.

The BBC of London made a report about the general situation of the shelter. 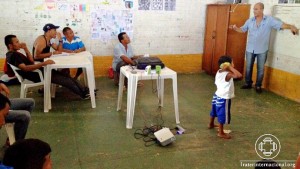 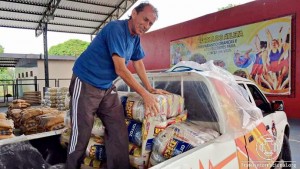 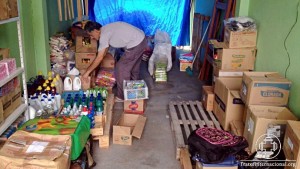 Organizing donations in the House of Saint Joseph 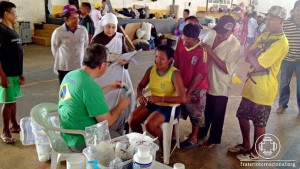 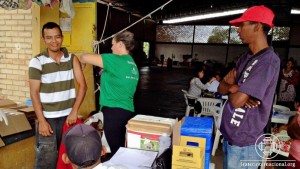 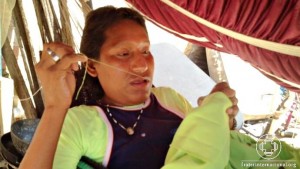