The Fraternidade prepares the beginning of the Emergency Chile Mission

The Fraternidade – International Humanitarian Federation – is organizing a new mission that will take place in Chile. The objective is to help the emergencies and needs that have arisen due to the big fires that are happening in this country of South America.

It is expected that a team of the Fraternidade, composed by missionaries, monastics of the Grace Mercy Order and members of the Planetary Network-of-Light will go to Chile already in the first days of February. The group will render humanitarian and prayerful service.

Fires
The fires in Chile have lasted more than one week, affect seven of the 15 regions of the country and has consumed more than 360 thousand hectares of forests and cultivations. The most affected regions are O’Higgins, Maule, Biobío and Araucanía.

According to the bulletin of the National Office of Emergencies (Onemi), emitted at the night of 28 of January, there are 50 controlled fires, 62 under combat and 10 extinct. The bulletin also informs that the fires have provoked about 11 deaths and that there are 2025 people in shelters, 3270 homeless and 1089 destroyed houses.

The fire has burned forest areas, agricultural regions and invaded cities, generating big problems and imbalance to the Kingdoms of Nature. A persistent drought, high temperatures and strong winds contribute for the occurrence of the fires. But according to the government, more than 90 percent of the fires registered annually in Chile are intentionally provoked. Some detentions of suspect people have been made.

The country has received help of volunteers from other countries (Mexico, France, Portugal, Spain, Argentina and Peru) in the help to the fight against the fires. There are currently about four thousand people fighting the fires in Chile.

Participate in the Emergency Chile Mission, supporting with prayers, with monetary donations and helping the balance and the Peace of the Planet. 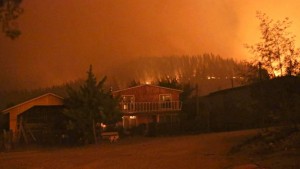 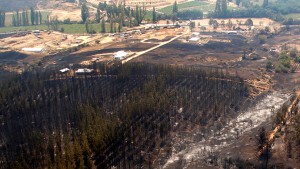