The Fraternidade – International Humanitarian Federation – transferred the coordination of the CRI to the Civil Defense of Roraima, which will always be present in the place.

A member of Civil Defense was introduced to the representatives of the Indigenous and non-Indigenous refugees, and conducted a meeting with them. Issues were discussed concerning the important necessities and facts for the maintenance of the place. Then, he met the group of missionaries of the Fraternidade to organize the joint work in the CRI, under the coordination of the Civil Defense.

Still in the morning, a member of the ABIN (Brazilian Intelligence Agency) visited the CRI, to learn about the work that is done there.

Donation of 20 kg of rice was received by the Diocese of Boa Vista.

In the afternoon, the raising of donations of food at the supermarkets and bakeries of the city of Boa Vista was done.

The organization of the donations of clothes received was done. They were separated by size, gender and age. The clothes that are not necessary for the CRI will be distributed in other refugees nearby that need them.

Nail-trimming and oral hygiene activity was conducted with the children.

The children were invited to help the collection of trash and of the toys that were scattered in the area of the CRI. After the activity, they received lollypops.

Adults had a class with the Portuguese teacher. 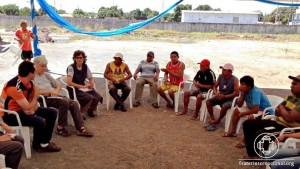 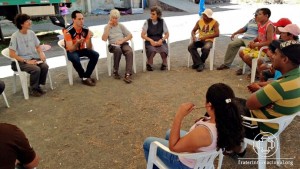 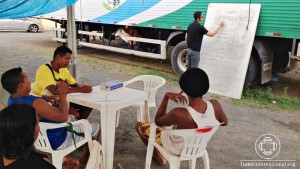 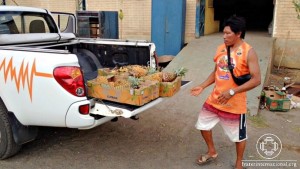 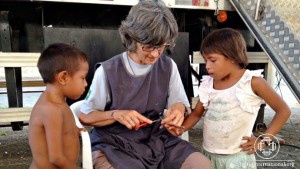 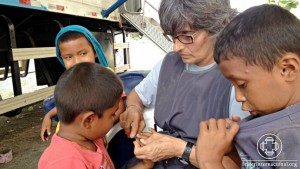 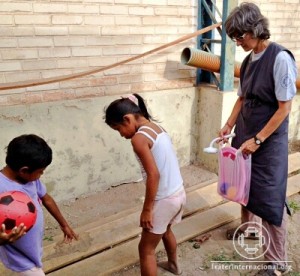 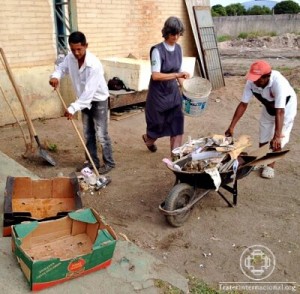