Group of missionaries, upon arriving in the CRI – Center of Reference to the Immigrant, finds the place already clean and in order.

In the kitchen, a work was done with tomatoes received as donation the day before, with the participation of Indigenous and non-Indigenous Venezuelan refugees.

The Police Report was done in the Police Station of Boa Vista, about the assault suffered by two Venezuelan, who lost their documents.

Federal Police agents, who had offered support, visited the CRI.

500 melons and 80 watermelons were received as a donations from citizens, and several bunches of banana from the Ministry of Agriculture.

A food stamp was donated to a Venezuelan Family who is in a house and had no food. A donation of clothes will soon be delivered to the family.

In the afternoon, a meeting with the Chiefs was held, where the groups for the kitchen, the cleaning of the toilets and of the areas, and for the care for the tools.

“Everything happened with a lot of harmony and enthusiasm of everyone. They are willing to collaborate and to support one another more and more so that together they can carry out this task”, said Maraití, a missionary of the Fraternidade – International Humanitarian Federation. 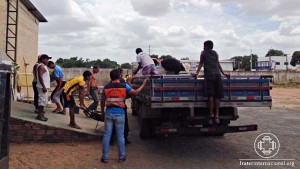 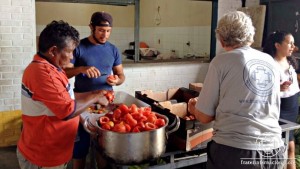 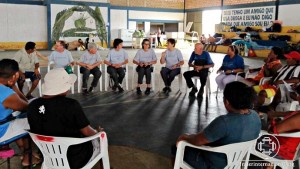 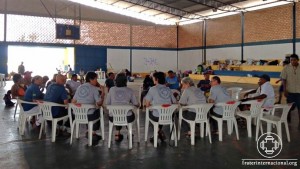 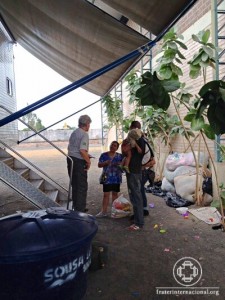 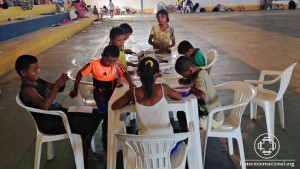