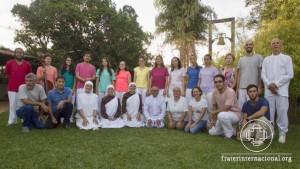 Youths and collaborators from several cities of the state of Sao Paulo, Brazil, gathered in the Nucleus-of-Light of Figueira in Sao Carlos, to film the first video-clip of the youth choir of the region. The activity was conducted during the weekend of March 3 and 4, 2018. The material will be exhibited on the next programs of Music for the Healing and Upliftment of Humanity (MHUH). 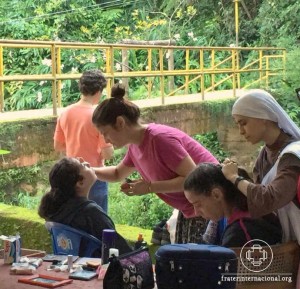 The group participated in a real marathon of rehearsals, musical exercises, recordings and prayers, which allowed them to know the intense work behind the preparation of each video-clip.

The images were recorded outdoors, in the headquarters of the Nucleus-of-Light of Figueira in Sao Carlos and in magnificent natural environments of the city of Analandia, 60 km from Sao Carlos, amidst the Mineral, Plant and Animal Kingdoms.

“By meditating about the countless details that made possible this production, we perceive in our heart how precious and fundamental is the support of each one. There is no video-clip without music, there is no music without rehearsals, there are not rehearsals without souls of good-will and no 5-minute video of good quality can be manifested without a chain of people who sustain this task”, highlighted Mother Maria Cleonice, a nun of the Grace Mercy Order and coordinator of the Nucleus-of-Light of Figueira in Sao Carlos.

“We feel that the unity that is created among all, from this abnegated group surrender, is the greatest treasure of this work, for in a modern world that is so accelerated and of such superficial relationships, few are the opportunities that the souls have to gather to manifest a work oriented to common good”, added the nun. 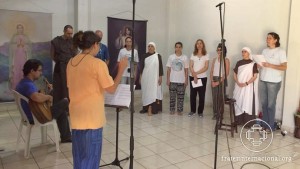 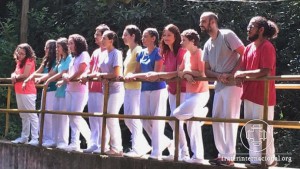