With more than thirty years of experience in musical education, the Master Jose Carlos Bago d’Uva was impressed by the vocal ability of the children and youths of the choir of the Canarinhos da Amazonia Ambassadors of Peace International Association (AICAEP) in Pacaraima.

“I don’t remember finding children with such potential. They have such a great, quick, impressive learning rhythm, that you can hear vocal vibrations, vocal harmonies, which is something very rare”, highlights Jose Carlos.

The children that participate in the choir are tenderly called “Canarinhos” (little canaries), in reference to the bird canario da terra, a native species of Brazil, recognized by the beauty of its humming. About one hundred Venezuelan children and youths currently participate in the project, many of them are indigenous.

The meetings with the Portuguese musician took place between August 11 and 15, in the choir headquarters in Pacaraima, a city from the Brazilian state of Roraima on the Brazilian border with Venezuela. Jose Carlos conducted musical workshops and practices not only with the children, but also with the parents of the “Canarinhos” (little canaries, in Portuguese). Many had their first opportunity of singing in a choir. 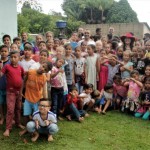 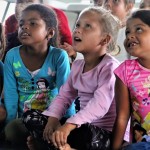 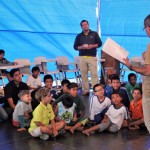 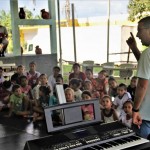 “Here you see that you are with very special beings. When you see that Indigenous children sing together with non-Indigenous children, it is obviously a conquest that this project has been able to do. Some come from the shelter of refugees, others from the street where they live. Although they live in this chaotic condition, at the moment of singing values are provided to them to work in group in an orderly and disciplined way. Direct contact with these brothers and sisters gives you this sense of truth, then, in which these people are also part of you. I don’t remember having felt the sensations that I felt during these days”, concludes Jose Carlos.

The group has existed for twenty-six years and was idealized by the Amazonian conductor Miriam Nascimento Blos. Since September 2018, the choir “Canarinhos da Amazonia” has been supported by Fraternidade – International Humanitarian Federation, in partnership with the UNHCR (United Nations High Commissioner for Refugees) and with the Welcome Operation (Operação Acolhida) of the Brazilian government.

Jose Carlos Bago d’Uva has been a voluntary collaborator of Fraternidade (FIHF) in Portugual since 2014. In Brazil, he has had passages in the Light-Community of Figueira, where he participated in editions of the program Music for the Healing and Elevation of Humanity and as the conductor of music workshops and choirs for youths and adults. 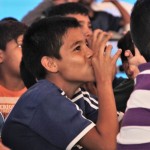 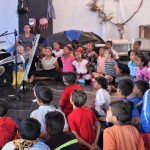 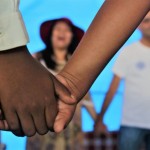 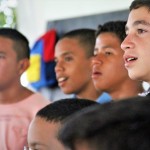 Protection of the Life of the Bees in the Light-Community