Topic: Armageddon and the Planetary Passion 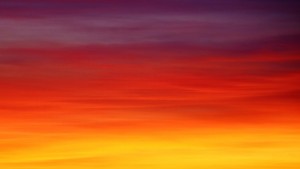 The Divine Messenger who in the biblical history played the role of Saint Joseph makes an internal and profound analogy between the Passion of Christ and the Armageddon, which He called the planetary Passion. He shows us the similarity between the role of the Cyrenean in the Passion of Christ, and that of the Kingdoms of Nature, in the planetary Passion.

The different phenomena of Nature, which will take place in the world, will not thus be a chastisement or a way to prolong human suffering. They will be the vehicle that will give us the possibility of giving everything out of love for God.

While Nature will spiritually sustain human consciousness, it will also create the conditions for us to arrive where we must arrive in our learning, thanks to the different climatic movements that we will still live. Thus, we will be able to accompany the transition of the planet with a correct view. Humanity can in this way be before this planetary Passion with the same intention and understanding of Christ during His Passion, in which He did not feel chastised nor martyrized, He offered each step with the cross for the triumph of God in the world, thus defeating the pain thanks to love.

The Kingdoms of Nature

The Kingdoms of Nature are also living their planetary Passion. That which Christ lived for all of humanity, repeats today, and the Kingdoms live this reality with us. They are like the Cyrenean, who helped Christ carry His Cross, so that He would not disincarnate before reaching the Top of the Calvary. And thus, He could live His Passion, go through the Cross and death, and carry His mission until the end. And today, it is humanity itself that climbs this Calvary, and it is the Kingdoms that play the role of the Cyrenean for it, also helping it carry its own cross. 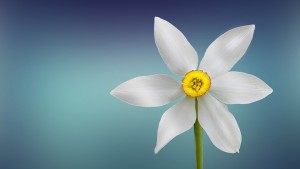 The Kingdoms of Nature, when sharing our cross with us, observe human experience, evolve and learn with it. Thus, a deep work occurs on this level among the Kingdoms, which we do not ever perceive. And this learning does not concern only the Human Kingdom, but it also involves the other Kingdoms, which live the same reality together. In the time of Christ, many thought that the Cyrenean prolonged the suffering of Christ, by helping Him carry the Cross, and that it would have been better if He had disincarnated before. This is not quite so, because the true reality, which is cosmic, spiritual and divine, is very different from what the human mind can even conceive.

The Cyrenean helped Christ reached the end, so that He could concretize everything He came to fulfill. And today, the Kingdoms of Nature lovingly render the same service to us. And while they remain unconditionally faithful to this arduous task of keeping us alive and of sustaining us, we, human beings, their Guardians before the Creation, exploit, exhaust and destroy their natural resources; we ignore and harm their laws, in a brutal way, without any limit.

And normally today, we no longer even realize that Life made us completely dependent on the presence, the energy and the fruits of the Kingdoms. We are alive on this Planet thanks to the life of the Kingdoms of Nature! And through our behavior of predators, through our ambition and ignorance, we would have already self-destroyed, as we have done throughout our history, and as we are about to do again, now in a global and overwhelming scale.

What we do to the air, to the soil, to the water, and to the oceans

The same Kingdoms that we plunder are those who allow us to continue alive. What we do to the air, to the soil, to the water, and to the oceans, how we contaminate everything, this would have already been sufficient to sweep us out of the surface of the Planet. The Kingdoms, however, possess an occult chemistry, which transforms everything, so that we still manage to survive amidst all this chaos. This is an occult work of the Kingdoms of Nature to us, a mysterious disposition to keep us alive, which exists in their unconscious, despite the destruction that we represent to them.

The purification of this Planet is a pressing necessity. Moments of still more acute difficulty and conflict will come, like labor pains that announce the birth of a new life. In the current planetary transition, many tests are being presented to human beings, who will have the opportunity of learning about the correct channeling of desire and thoughts, and also about the true objective of material existence. These teachings must be widely offered to them before the end of this cycle.

“May the Teaching strengthen our Heart and dissipate our fears“

And what the Heart represents is also something that is not known, in truth. When it receives Teaching, it strengthens, and thus we gradually lose fears and fright. All this insecurity derives from these sickly feelings, which can only be healed thus, if the Heart absorbs Teaching, but true Teaching, which comes from on High, from a real origin. And by possessing it, we gradually liberate ourselves from the third dimension, in which we live and build our own world, our personal universe of the third dimension.

The Teaching little by little comes to liberate us

The Teaching little by little comes to liberate us from this third dimension, introducing us in the fourth dimension, in which we enter another vibratory, more dynamic stage, and in which time and space change completely their meaning for us. In the third dimension, we feel paralyzed by space and time, we lose sight in other dimensions and in other levels. Thus, through the Heart, we begin to enter the fourth dimension, where we enter another vibratory state of extrasensory perceptions. We then begin to perceive another world, beyond our material senses.

We should not, therefore, base our life only on what we experience in this third dimension, where everything that we learn has its foundation in material senses. And to deepen this understanding of life we must make use of new senses and penetrate the fourth dimension, where we begin to transcend, to transcend our limitations.

And when we advance in this exercise of transcendence, the fifth dimension already begins to emerge in us. And all this is our work of today. We cannot remain imprisoned to the third dimension; we have to open to the fourth, and finally reach the fifth dimension.

And in the fifth dimension, we already can have a truer and more conscious contact with all the Kingdoms. And this is no longer an impossible work. The fourth and the fifth dimensions already open to us great paths and bring to us much more light. The flowers, the silent contemplation of flowers, for example, are potent magnets that raise our state of consciousness and attract us to the fifth dimension, because they possess an occult spiritual chemistry, which already vibrates in this state. And from then one everything becomes a little simpler because in this dimension we are already on the level of consciousness of the soul.

Armageddon and the Planetary Passion