Action of the Missionary Youth for Peace of Belo Horizonte 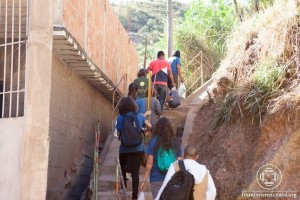 On the way to the mission

The Youth Group for Peace in Belo Horizonte, Minas Gerais, Brazil, gave continuity to the Missionary Youth for Peace Event begun in May 2018. The humanitarian action took place on June 23, in Vila Fazendinha, located in Aglomerado da Serra, the biggest slum in the state of Minas Gerais, in the Southern Zone of its capital.

About 20 youths left the Children’s House (a service extension of the Nucleus-of-Light of Sacred Sky) and current headquarters of the Youth Campaign for Peace in Belo Horizonte, on the way to the mission. This time, the service was in the home of Miranir de Oliveira, the mother of a collaborator of the Community-of-Light of Figueira, who since 2011 has been living in the House of Light on the Hill, in Carmo da Cachoeira, Minas Gerais. The situation of the residence of Miranir was very precarious: absence of coating on the walls and of roof for slabs, infiltration on walls, many leaks, and electric wiring exposed. Due to several structural issues that involve the place, the initial impulse concentrated on the general harmonization of the space: removal of trash around the house, and also baths for the animals. In future actions, after the evaluation of a builder, other interventions in the house will be made.

“To me, it was very special and gratifying. I found the mutual help of everyone very interesting, even with each one having their specific task”, reported Natalia Torres, a member of the mission. 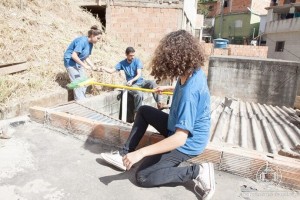 The Youth Campaign for Peace is promoting Missionary Youth for Peace Events in several cities of Brazil. On the same day, the Missionary Event was taking place in Sao Paulo, and in the end of the month of June, it was held in Sao Carlos, in the same state. Likewise, the Youth group of Florianópolis will reactivate the work with a Non-Governmental Organization that takes care of wild animals. Thus, the missionary actions carried out by the youths are expanding in a network, building one of the pillars of the Campaign, which is selfless and evolutionary service.

The participation of youths has been very great and, at each activity, new people appear who did not know the Campaign. An interesting fact is that the Missionary Practices of the Youth are attracting old experienced collaborators of the Network-of-Light. Thus, the newcomers, imbued with the spirit of renewal, and the veterans, formed in the foundations of the Work, become integrated and, together, exchange ideas and experiences during the initiatives of the Event. 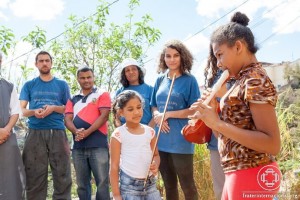 Miranir, na example of the countless warrior mothers spread in the world, has been residing for 30 years in Aglomerado da Serra. In her house also live her son, Eliseu de Oliveira, who works with artisanship, and two grand-daughters: Kauane and Laryssa, students of music.

At the end of the movement, the group formed a circle to make a closing attunement. Kauane and Laryssa played children and classical pieces on the flute and the viola.

The radiant joy of that moment was complemented with a spontaneous and fervent prayer said by Miranir. The prayer, permeated with gratitude and faith in God, talked about a “little seed of goodness and charity” that this group act was sowing in that home. In the final sentence of her speech to the young missionaries, she asked, smiling: “May this group not disappear! Your presence here is important!”

Rescue of Hope, the dog 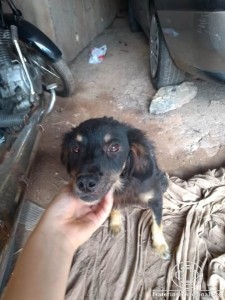 During the missionary event, a dog that had been run over was found near the entrance of the house of Miranir. He had wounds in his hind legs, could not stand, and moved with difficulty with the forelegs, dragging himself. The group decided to rescue him and take him to the Children’s House. Right after that, some youths took him to a veterinarian clinic. The radio-X indicated a severe fracture in the backbone,  which made impossible the movements of the hind legs. He will undergo a surgery for the stabilization of the spine in the next days and blood tests will be made for a general evaluation. A word arose from within the young hearts, and the dog was baptized with the name “Hope”.

The Youth Group for Peace in Belo Horizonte is raising funds to pay for the high costs of the veterinarian procedures, hospitalization, medicines and cares for Hope. They are organizing themselves to take turns in the post-surgical period.

How to help Hope, the dog: 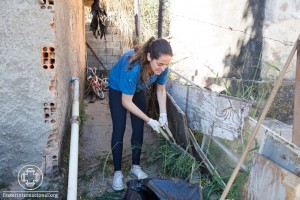 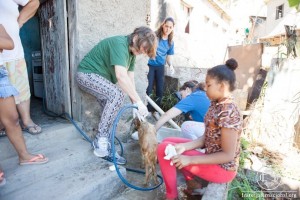 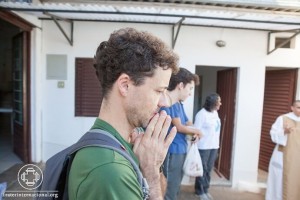 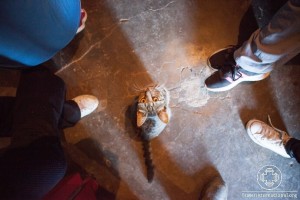 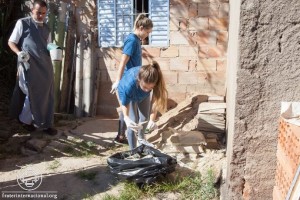 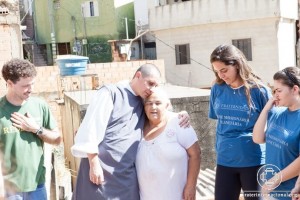 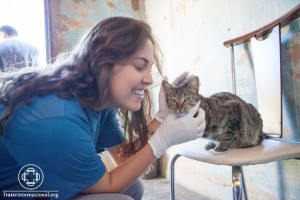 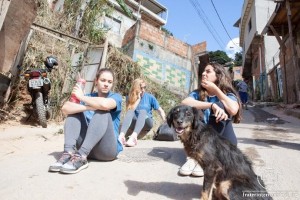