The subject of education brought together volunteers, parents, students, and teachers in integrated activities during four consecutive days.

“The group joined forces to attend to the demands of education in a broader way, revitalizing schools and hearts,” a Mariandja, coordinator of the Carmo da Cachoeira Mission.

The needs of the moment defines the subject to be worked on in each of the experiences carried out monthly. In September, the teams of Fraternidade were sought by three schools at the same time, with different requests for support. As from that point, the theme of education was chosen to give impulse to the 46th Missionary Experience, carried out between the 19th and the 22nd of this month. The activity had the participation of 26 missionaries. 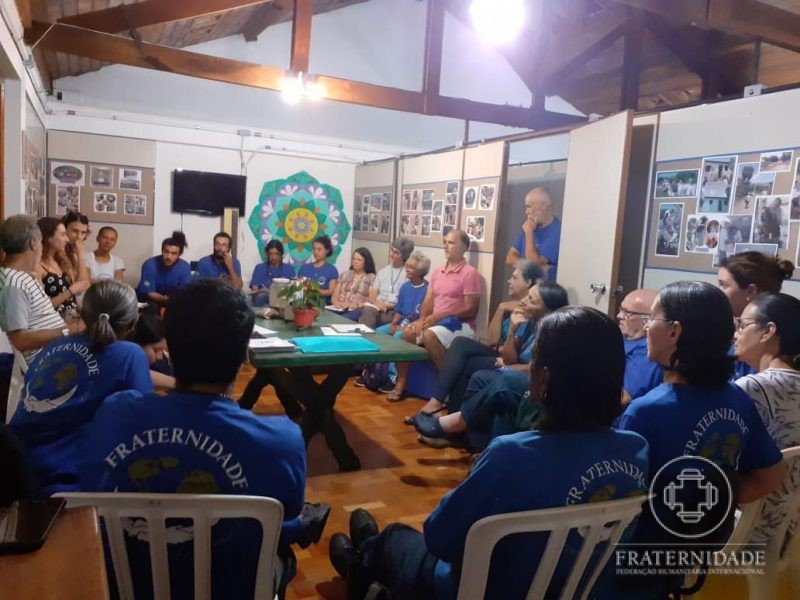 Missionary Experiences take place every month in Carmo da Cachoeira, a city in the south of the State of Minas Gerais, where the global headquarters of Fraternidade – International Humanitarian Federation (FIHF) is located.

The program is part of the Permanent Mission that provides humanitarian aid to the local community and at the same time, trains new missionaries so that they can also participate in other humanitarian activities of Fraternidade.

“The permanent mission includes Missionary Experiences with the objective of training the missionaries that go on to broader missions,” explains the coordinator Mariandja. 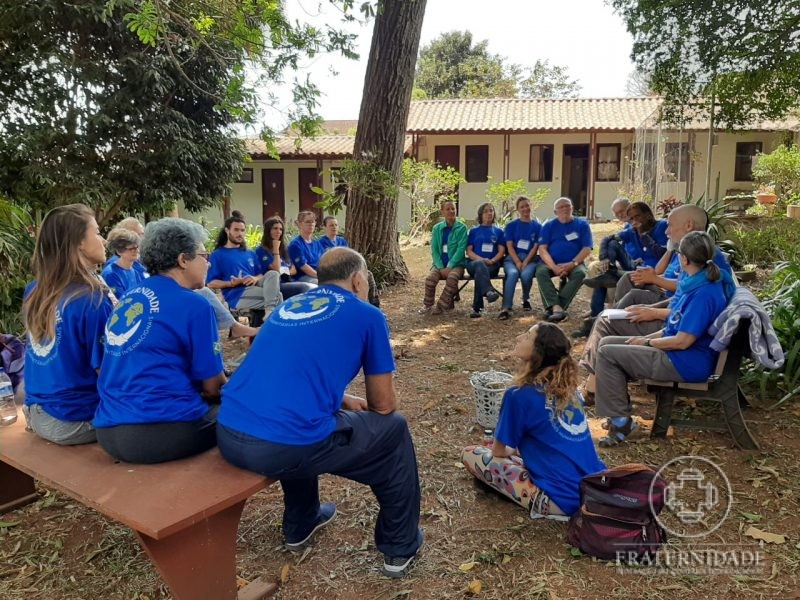 In the municipal school Doutor Moacir Rezende, the initiatives targeted the environment. Around 89 students participated in the dynamics of the integration of music, dance, and games with a focus on environmental education. The young people had the opportunity of reflecting upon the importance of the preservation of the environment and together with the missionaries, they planted a large amount of trees, flowers, and bushes in the area beside the sports court of the school.

The students were very happy with the visit of the missionaries, and they saw that taking care of the environment is in our hands. With the planting of various seedlings, the students now have the responsibility of taking care of, preserving, and disseminating all that they learned,” states Alírio Mendes de Jesus, the head of the school. 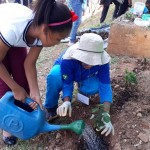 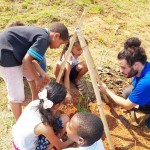 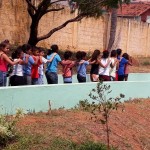 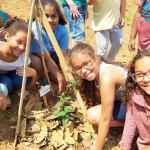 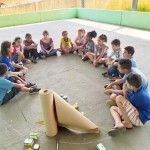 The event promoter, 26 year old Vinicius Fonseca da Veiga, came from Sao Paulo for his first experience as a missionary of Fraternidade in Carmo da Cachoeira. During the experience, he realized that the actions of a missionary go beyond material accomplishments.

“The experience was directly with the children. They are pure beings that are completely open to learning with the imagination and with the heart. All adhered to the same goal, which was to bring happiness and education to the children with dance, laughter, song. I would definitely like to return again to do good for humanity,” says Vinicius.

Some precincts of the State School Pedro Mestre became blue in color after the missionaries passed through the institution. The paint brought more softness to some places, which improves the wellbeing and the concentration of the students during their studies.

“It was a Saturday in which we experienced the importance of solidarity, of fraternal love, of union. The school team, with hearts full of gratitude, thanked us again for the volunteer activity that colored the walls of the school blue,” says Marcia Avellar, vice-principal. 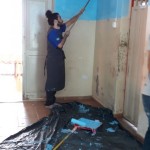 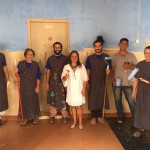 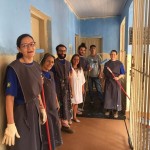 The volunteers also attended the Parque Tibetano School of Art-Education. In the outside areas, some toys were restored and a large structure was built out of bamboo for group games.

The space overseen by educators of the Light-Community of Figueira were completely harmonized by the missionaries, who had the support of parents, students, and teachers. The collective effort revitalized and energized the school with new colors and activities.

“We feel that it is really a group of souls looking for something better for everyone. On the following day, when the children came to school on Monday, the atmosphere was permeated with all of the love used during the volunteer group service. Even the plants began to blossom from one day to the next. This was truly a work of revitalization,” says the educationalist Anália Calmon (Acácia), collaborator of the FIHF. 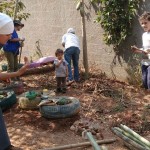 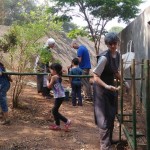 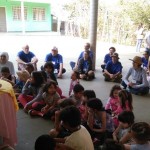 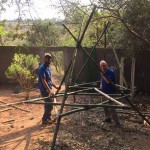 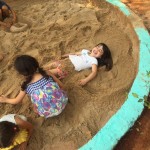 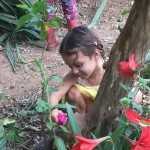 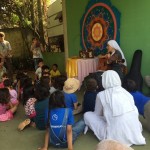 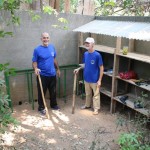 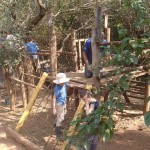