Today, on June 26, a date chosen by the United Nations (UN) as the International Day Against Drug Abuse, we will speak about the activities done in the shelters with this in mind.

In a context unrelated to their origin, in which the Warao indigenous are at the Janokoida Shelter, created in 2017 to take them in, on the border with Venezuela, in Pacaraima – RR, to recreate practices that were part of their daily lives in the communities where they used to live became a challenge that the Fraternity – International Humanitarian Federation (FIHF) realized it should take on, since what had appeared to be a temporary shelter for immigrants has transformed into a relatively stable and permanent community, brought about by the lack of perspective for these people for returning to their country.

Handicraft practices, traditional indigenous medicine, harvesting and cutting firewood for cooking typical foods, were some of the previous activities they managed to maintain in the shelter. These activities, in addition to preserving their culture and traditions, also encouraged the use of the occupants’ time, especially that of young people, to avoid incurring the use of alcohol and drugs that idleness and a lack of perspective in their new life in a foreign country with another language, could bring in them. 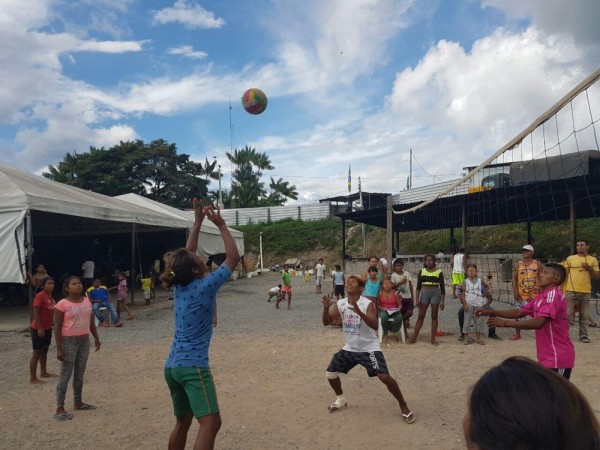 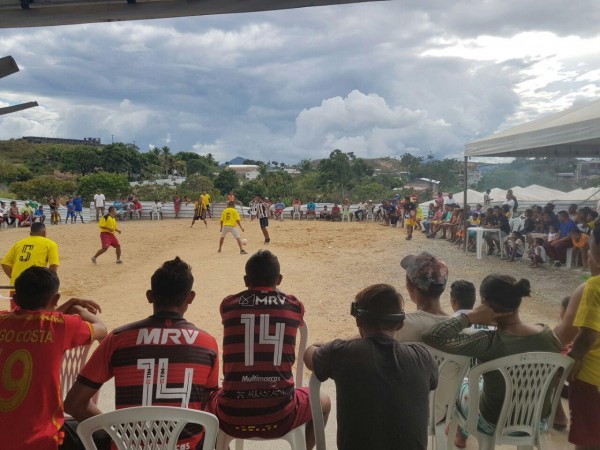 The missionaries of the Fraternity (FIHF), manager of the shelter, took note that soccer and volleyball were enjoyed by the children and young people of both sexes, and so, they encouraged the practice of these sports in the shelters.

In this year 2020, the shelters themselves created the Sports Committee within the shelter, which started organizing tournaments, championships, and structuring the practice of soccer and of volleyball, helping to ease the period of social isolation imposed by the health authorities as a prevention in the spread of the coronavirus pandemic.

Ronnie, a member of the Committee, commented: “after two years in the shelter, I am seeing a change in some of the youths who were not interested in playing because they didn’t feel like it and because there was no encouragement for sports at the shelter. Now we organize championships for boys and girls and we are always holding a positive attitude for moving forward.”

This enterprise is becoming  a success. Over the months, various teams have emerged with names, uniforms, and “godmothers” that represent each team in beautiful presentations at the beginning of the tournaments. Jesus Angeles, also from the Committee, reports: “This has brought a change for the children and the adults, because the parents are interested in watching them play. Our job as a Sports Committee is to say no to drugs and keep them active in sports at all times.” 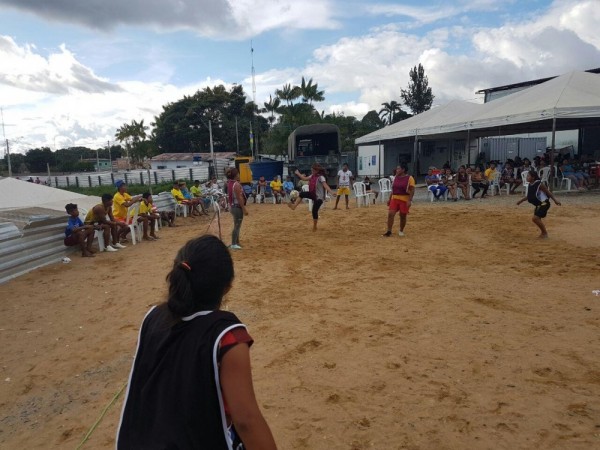 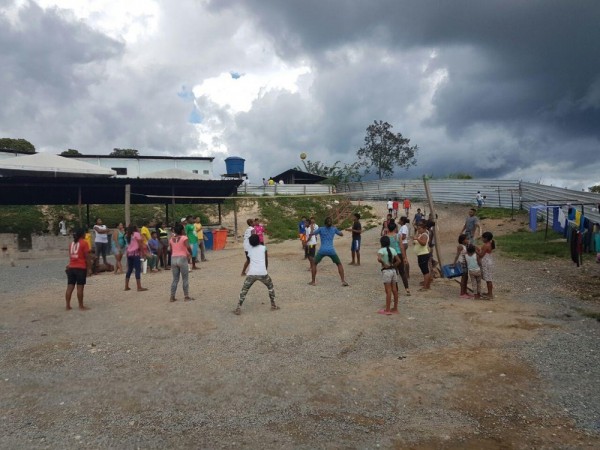 Everyone started to make an effort in training and to actively participate in the events, which produced the idea on the part of the participants to set rules for good practices, values, and guidelines to be followed, that would have everyone adhere to a clean and non-violent game; this had an impact on the behavior of the children and youths regarding respect for the rules and companionship.

The teacher Norberio, who finalizes the formation of the Committee, says: “We are always looking to strengthen education through sports and we see good results in children and adolescents, because they comply with the regulations, they physically exercise, and this is very good because many adolescents were deviating toward the path of drugs. Since the sports activities began, we have not seen young Warao natives on the streets. To participate in  sports is a way of life, it is an example for our children,” he concludes.

The proposal of the Fraternity (FIHF), together with the Sports Committee, is to expand these activities in the future as an exchange of events that may bring a greater integration with the local community.