Quinoa, a gift from Heaven and Earth

The Light-Community of the Brotherhood (Cordoba-Argentina), an affiliate of Fraternity – International Humanitarian Federation (FIHF), started the quinoa cultivation due to this grain be nutritionally rich food and also its capacity to adapt to the region’s climatic characteristics.

“All food belongs to the Divinity,” says the wisdom of the native peoples.

Evaristo Pfuturi Consa, a member of the Light-Community, is a nutritionist and teacher of the Quechua language and native culture. He was born in the Peruvian Andes at an altitude of  about 4000 meters (13,000 feet), where he lived all his childhood. He brings us some of the sacred impulses that this culture left for humanity.

“Before talking about everything that food is, in the Andean world, we must first be aware that each grain, each seed, each fruit, is an entity. It is a living being. Therefore, we have to welcome it as if it was a child.  Welcome it with affection and protection, supplying all its needs. When we protect it in this way, it protects us,” Evaristo tells us.

He tells us that food has a cosmos-earth connection and that we are in the middle as the human kingdom. Therefore, Divinity sends its energy, and from the earth, we receive that energy. When we send affection to this food, we create a circuit so that the light is produced.

Whenever we work or ingest a seed or a grain, we are making contact with something alive. Let us take the simple example that when one plants a seed, it grows, but when we place in the earth something devitalized like animal flesh, it does not continue a cycle of life. Divinity is present in a seed. Thus, seeds nourish not only the body but also the soul and the spirit. 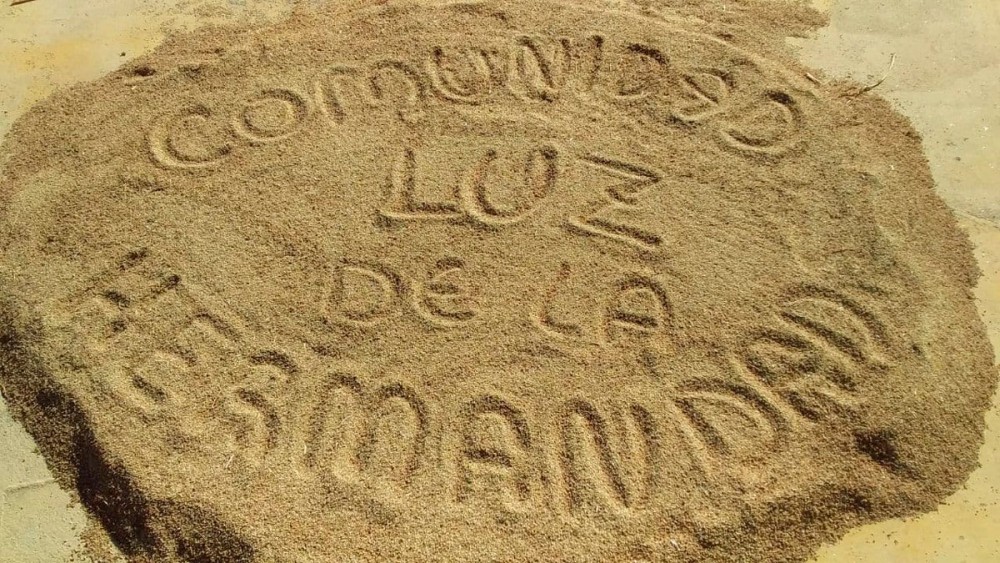 Quinoa is a plant that produces a tiny and edible seed. Because it tolerates very well altitudes as high as 4000m (13,000 feet) or higher and it was mainly used by the Incas, this makes it suitable for cultivation in the Andean high plains where the descendants of these original people lived and still live.

Mostly eliminated during the colonial period, quinoa survived only at high altitudes. But about 10 years ago, the cultivation of this marvelous grain became significant again.

Nowadays, it is considered a pseudo-cereal. Pseudo, because it is not part of the grass family (Poaceae), as the traditional cereals such as corn, rice, wheat, oats, etc. Quinoa belongs to the Amaranthaceae family, a relative of amaranth and caruru.

However, its nutritional properties surpass those of traditional cereals. It has a high percentage of protein, from 12 to 18%, with all the essential amino acids. It also has insoluble fiber, which helps to eliminate saturated fats from the body, making it a detoxifying element. It provides potassium and phosphorus, which help to strengthen bones. 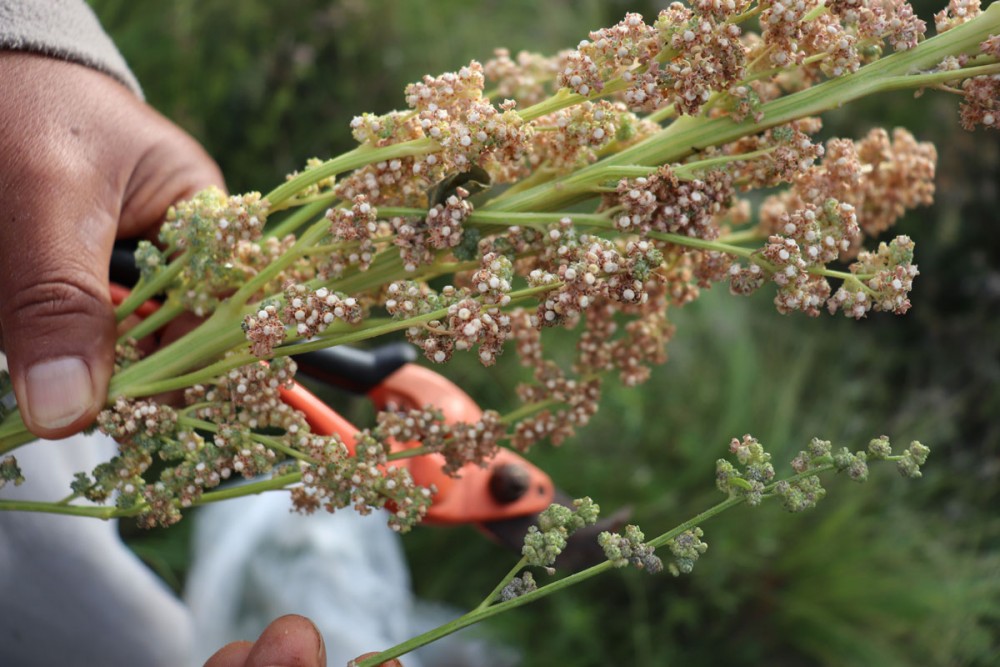 Experience with quinoa in the Light-Community

In the Light-Community of the Brotherhood, as in all Light-Communities, they aspire to be a self-sustainable and organic plantation, as an offer of balance to the mistreatment that the seeds have at the commercial level in the world. They decided to plant quinoa because it is a nutritionally rich crop and because it would support the climatic characteristics of the region.

“It was a test because we had never heard of planting quinoa in this area,” says Friar Bernabé, a monk of the Grace Mercy Order who is part of the planting group in the Light-Community.

This is how the first experience began to be carried out.

According to Evaristo, in the native villages, in order to sow any food, a ceremony is performed and contact is made with the grain. It is perceived whether or not it is the right time for sowing. There is a deep connection with the seeds. For quinoa, they simply put it in the ground and nature does the rest.

For the Light-Community, a rototiller was used to loosen the soil and prepare it to receive its first crop. Then the soil, was fertilized with a layer of horse manure, and small trenches were made with the hand hoe where the seeds would be planted in a trickle (sowing method). Finally, a drip irrigation system was put in place.

“We did two plantings of quinoa. We used two different seeds. The first, yellow quinoa had great result, yielding a total of 3700kg/ha (8,000 lbs).

The second one, white quinoa, did not have as good a result because we believe that the seed we used was not good since only a small percentage of the planting germinated. In any case, it gave us enough quinoa to use for food. We were also able to save a lot of seeds for future plantings of the white quinoa, which will likely have a higher germination rate,” says Friar Bernabé.

“Evaristo tells us: “There are three stages to naturally recognize if the quinoa is ready to harvest. First, observe that the quinoa plant holds the grain; secondly, press the grain with your fingernail to see if it is hard; and finally, place a grain in your mouth and bite it. If it is already dry and does not crumble, it means that it is ready for harvest.”

On the day of the harvest, the whole Light-Community was summoned for this task, since many people are needed for the harvesting to be fast and effective. 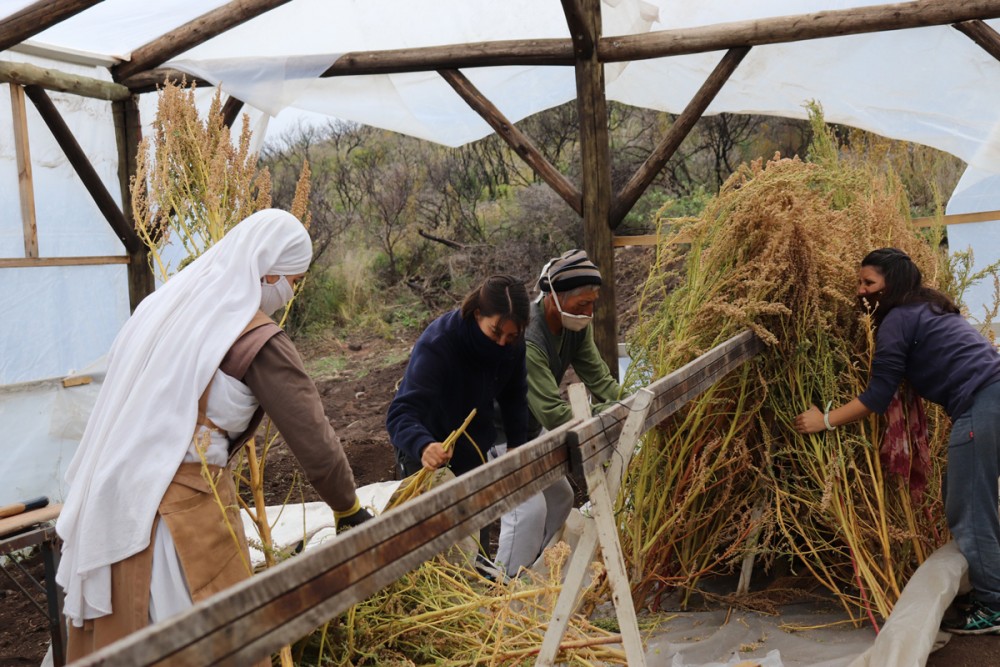 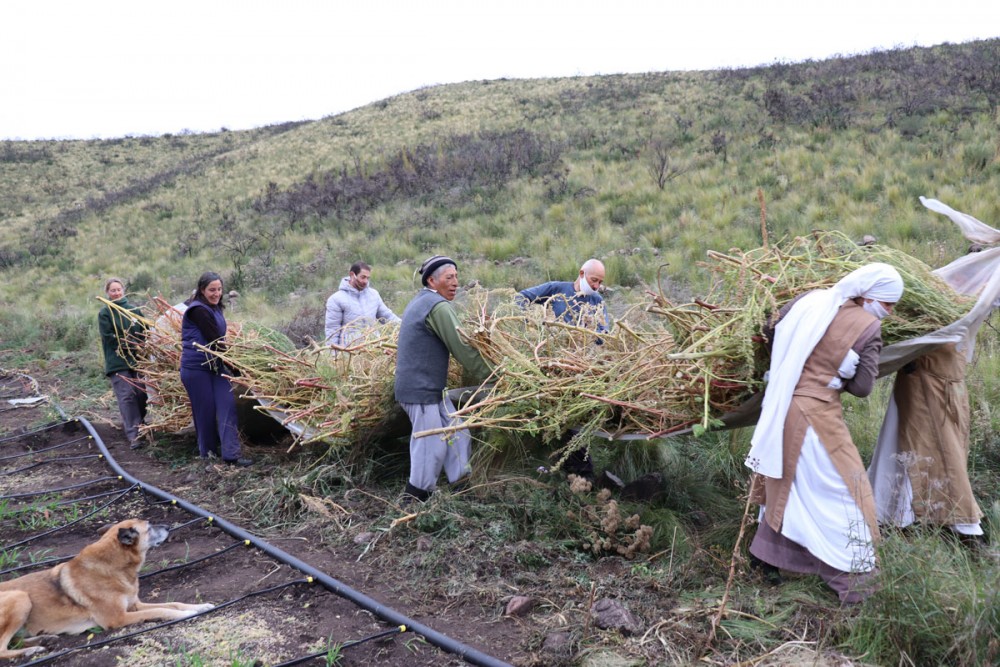 Let us explain in a simple way the steps that were carried out:

The plant is mowed in the morning, if it is big. If it is small, it can be removed by the root. Then the plant is placed to dry with the stem downwards and a cloth or nylon underneath to catch all the grains that are going to fall.

At a later stage, the dried plant is beaten so that all the grain is released and then, using a sieve, the grain is separated by deep cleaning to remove dust, soil, and any stones that have been left. Finally, it is left to soak for a day, and then it is washed one last time so that it is ready to cook. 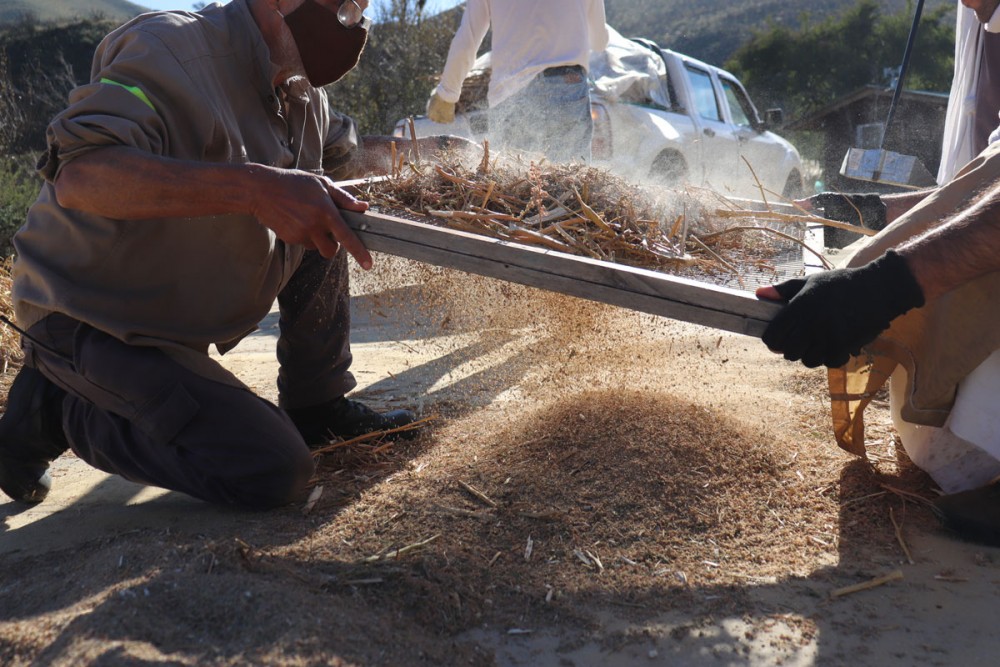 What the quinoa left us with

It was a very rich experience for all the members of the Light-Community since each one was able to take part in some way in this process and to receive all these gifts that Mother Earth and Father Cosmos offer us through a simple grain.

In each heart remained gratitude and reverence, together with the assurance that being in communion and harmony with nature, we will never lack anything. 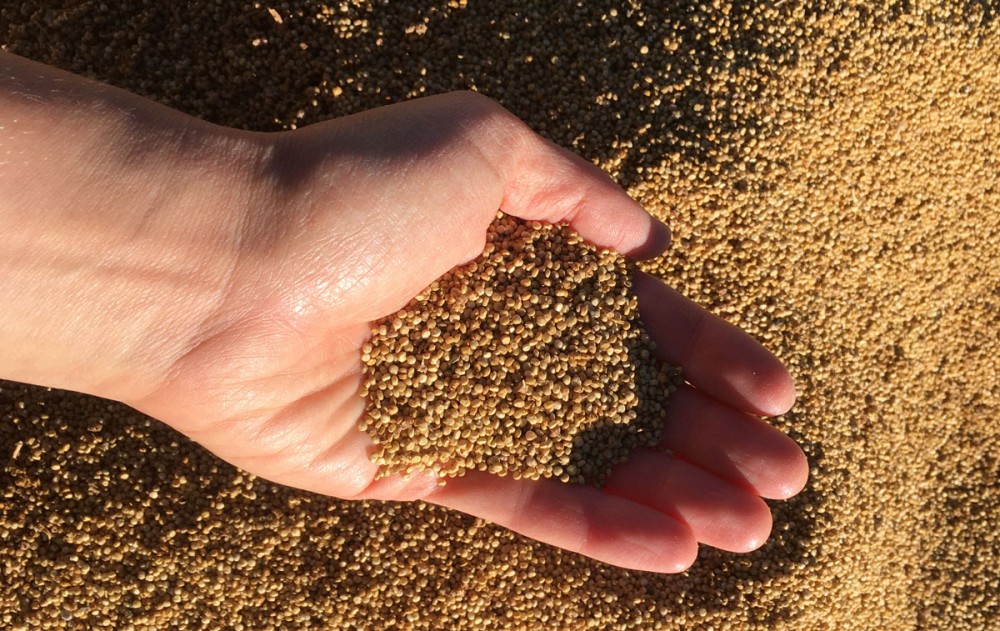