Planetary Healing 12 – Armageddon, After all, peace will reign

Topic 12 – Armageddon, After all, peace will reign
Topic: Planetary Healing, Healing of Humanity 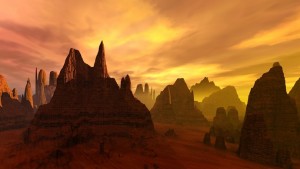 With Part 12 and Part 13 of these Healing Impulses, we have come to the end of the cycle of studies about Planetary Healing, which, as was seen, is intimately connected with the Healing of human consciousness itself. The loving, but strong warning words of the Cosmic Brotherhood, in its tireless task of assisting and instructing us, published in the previous Healing Impulse, were very emphatic:

While the new time approaches, the purification accelerates, and this is not a chastisement. God loves us and will always love us. He supports us, especially those who are helpless at the moment, but this planetary purification is part of the transition that we live in these times toward a new Humanity and a New Earth. It will take place in different regions of the Planet, and will impact more those who obstruct the descent of the Light, those who do not want to change the pattern of their lives. The Cosmic Brotherhood has always tirelessly carried out this task of protecting us, on some level, but the human free-will is what has nearly always marked this sad path. And it is respected by the Law. In spite of so many helps that we receive to try to straighten this path, the very behavior of humanity has led it to deviate from this path. How many times this it has been corrected, aligned and elevated! What is essential to the evolution of the Creation must enter the life of all beings.

The ones who intend to keep living as they have been living so far, as if nothing were happening, because they have not been more directly touched by the purification, should stop, breathe deeply, remain in silence, clamor with he heart for forgiveness and mercy, but they should not delay their awakening. Let them walk firmly, without rush, but without pause.

The Universe never detains itself; it is tireless, relentless. The planetary purification continues in its firm march; it intensifies and universalizes. It is already a dominant topic in mass media. The Instruction continues, expands and deepens:

Humanity has gone beyond the permitted degree of maladjustment and of interference in the planetary Laws. Led by ambition, by pride and by the need of satisfaction of his grossest appetites, it had a harmful effect in Nature. Now, in the final days of this cycle, before a holocaust happens, thus liberating the planet for a more luminous and subtle stage, the purification and transmutation in all Kingdoms of Nature will be the processes to be assumed, both in consciousness and in the practice of life.

The awakening of the Earth, however, does not depend on a human decision. Whichever is the path assumed by the lost parcel of this humanity, the liberation and the light will be implemented on the Planet. This is already decided by the Universe, and for this reason, the Brothers and Sisters of the Cosmos are present. It is up to man to surrender to the Supreme Law and to detach himself.

So, we find ourselves today in full Armageddon. This Hebrew word of power, used by Saint John in his book of revelations, the Apocalypse, at the end of the New Gospel, defines a battle that is fought in the spiritual planes between the forces of good and evil, in which we are inserted as humanity. Thus, we live very decisive moments, which reflect in the life of each one of us. And this same Apocalypse of Saint John also contains a vision of the future, of a New Humanity. 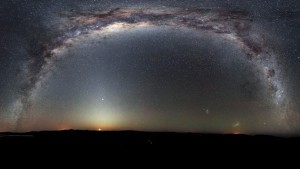 A great Universal Instructor convokes us to be more awake and trusting before this important evolutionary moment of humanity. And he suggests to contemplate the world in which we live, and silence, for a moment, both thoughts and emotions. And this Instructor also invites us to observe how our inner world recognizes that the life we express on Earth has nothing to do with the life nor with the thought of God about us and about our life on Earth. He verifies that the life we live is not that which God, the Creation, thought for us. We live something totally outside the general Plan of the Creation. And he also reveals and reminds to us that we have within our hearts a model of how we should be. So, we have to find this model in our heart, because thus we can join it and really be what we should be.

Our heart, says the Divine Instructor, yearns to live fraternity, to know true love, principles that we still do not express on Earth. True love was what Christ brought to us and taught us to live, to the point of giving his life for humanity. He showed, through His whole life, how to live this love, but we do not live it, we do not follow His steps; we were very superficial and did not correspond to what He taught us. His Instruction was very clear: true love is the one that leads us to give our life for our friends and to forgive our enemies, loving them as if they were a part of us. This aspiration dwells within us and our life should be guided by it. As it is not the case, each one of us feels a little displaced in the life we live, and does not know why. The model of the Creation would be this, but so many things have interfered, that they ended up leading us to a life that was not planned for us, nor for humanity. And at last the Armageddon has come.

Thus, human problems have increased and it would be of vital importance that we focus on something positive, awaken an inner disposition that we have lost throughout our incarnations, for example, fraternal contact with nature. It was practically excluded from our consciousness, our thoughts, our heart. An alienated and unconscious life is lived today in the urban centers, and even in the field, and we have lost the true consciousness that we are not alone in Nature, but that we are part of it. We comprise the Human Kingdom, beside the Animal, the Plant, and the Mineral Kingdoms. We have forgotten this, and we deal with them as terrible and fearful predators do. We plunder their resources, we destroy and pollute the ecosystems, in a brutal way. And as Humanity, we were all accomplices of this massacre, directly or indirectly. And all that reflects over each one of us, and we would thus have to undergo a deep reform, a broad transformation.

We know when we advance and when we retrogress

Those that are more attentive to what happens within us perceive that an evolutionary cycle in the planetary and human life is reaching its end. Thus, if we do not establish peace in our hearts, it will be very difficult to live this new cycle. The path of involution, of retrogression, is very familiar to human consciousness: we know when we advance and when we retrogress. The Plant Kingdom, among the Kingdoms of Nature, was the kingdom that best fulfilled its role, the most faithful to the Evolutionary Plan. Thus, if we wholeheartedly open to its energy, we can advance and leave this state of near torpor and unconsciousness, and enter into a more constructive and elevated state of consciousness.

This is not the first time that we enter this state of decadence. This has already happened in the time of Lemuria, when the human consciousness developed an uncontrollable desire to manipulate power, to the point of wanting to replace the Creation. Then, the Apocalypse also happened, and Lemuria disappeared. We repeated this in Atlantis, when humanity made a dangerous incursion in the field of magic, trying to control the world. And Atlantis also underwent a cataclysm and disappeared. And now, this time the human mind, through technology, through the false power of machines and computers, is again trying to equal the natural forces, the eternal energies of the Creation. As free will was granted to us as an instrument of learning and evolution, we can use it freely, but we have to seriously examine this matter.

The human being, for example, believes it has power over the Kingdoms of Nature, and that it can even massacre them, as it is doing, but it does not have this power, this is not within its scope of action. There is a much greater power, which watches out for everyone and everything, for the whole Universe, both manifested and non-manifested, and which maintains balance among the Kingdoms. The very balance of the Human Kingdom is something that gives a lot of work to the Universe! The degenerated man still believes, for example, that he has power over Life, and decimates the Animal Kingdom, without piety, to use it for his consumption and pleasure; he liberates the cruel animal slaughtering to justify corrupted and degenerated practices of supposed medical-scientific; he liberates the brutal practice of human abortion, which deeply marks the spirits and souls of the unborn. Thus, the Greater Source of Love-Wisdom sent its Divine Messengers, including Jesus Christ, Mary, and Saint Joseph, for this situation to change and for us to learn with Them how we should be. And Jesus Christ Himself, incarnated in a physical body, taught us throughout His life, to recognize true love, that which leads us to give our live for our friends and to forgive our enemies, loving them as if they were part of us, and loving our neighbor as ourselves.

Our Divine Instructor still tells us that many of us have not assimilated the examples of Christ. And this has become a catastrophe for the Kingdoms of Nature, because from Guardians, which we were according to the Plan, we became predators of the Kingdoms.

The Topic of Planetary healing will Continue!