December 24 to 27, Sunday to Wednesday 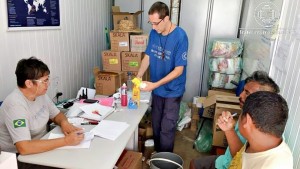 Delivery of personal hygiene kits and cleaning material in the Center of Reference for the Immigrant (CRI).

Distribution of toys for the children in the shelter.

Missionaries of Fraternidade – International Humanitarian Federation – participated in a special Christmas dinner in the Nucleus-of-Light of Figueira in Roraima. 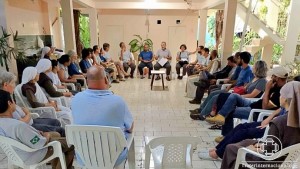 General Meeting of the Mission

In the morning, the missionaries found several immigrants, including men, women and elderly people drunk in the CRI.

“We saw a great mess, dirt, disorder, besides people injured because of a quarrel in a couple. All this causes a serious bad example for the children, who on this day were dirtier than normal and more violent and disobedient”, said Alexandrina, a missionary of Fraternidade.

The police were called and took some drunk immigrants out of the shelter.

The couple who fought (the wife had lips and face wounded by husband) were taken to the Police Station, where the term of expulsion from the shelter for the aggressor was made.

Missionaries and members of the monastery conducted vigils of prayer during the day, in one of the containers of the shelter.

At night the general meeting of the Mission was held at the Nucleus-of-Light of Figueira in Roraima. 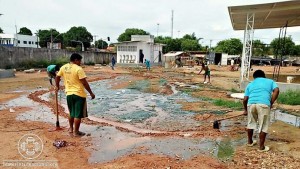 In the morning, the missionaries perceived an atmosphere of greater harmony in the CRI, with the immigrants cleaning the spaces.

Missionaries conducted a meeting with the artisans and the representative of the International Migration Organization (IMO). The phonographic catalog was exhibited, which is being elaborated for showing the

Cleaning of the back of the shelter where there is still waters coming from the toilets near the place. The activity was organized by a member of Fraternidade and conducted by the immigrants who had drunk the week before. 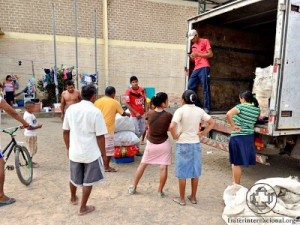 A representative of the Terra Viva Association (Living Earth Association) went to the shelter to buy and remove the recyclable material (tin cans, plastic and cardboard) that the Indigenous immigrants collected from the streets of the city of Boa Vista. The material was weighed and the payment for the service was made.

A representative of the City Hall of Manaus, capital of the state of Amazonas, had a meeting with a missionary of Fraternidade, the team of the Roraima Labor and Social Welfare Secretary and a representative of the United Nations High Commissioner for Refugees (UNHCR), of the sector of protection to the children and labor. The representative of Manaus told how is the work conducted in her state with the Venezuelan Indigenous refugees. 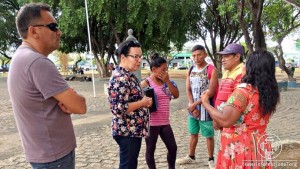 Parents meet daughter who had been battered

Two representatives of the UNHCR went to the shelter to learn about the case of violence against the woman, during the fight of the couple.

A team of the Special Secretary of Indigenous Health (Sesai) conducted medical attendance and vaccination for immigrants of the shelter.

Deep cleaning in the kitchen and in the internal toilets of the gymnasium of the shelter was done.

The State coordinator of immunization went to the CRI to appoint a vaccination action in the place. 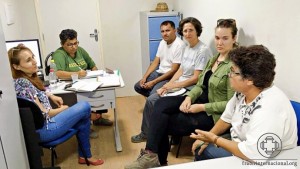 Members of the Sanitary Vigilance of the State of Roraima also went to the shelter. They saw the constructions in progress, and the needs and adjustments that can be made to improve the CRI.

A representative of the Methodist Church who has conducted activities with the immigrants three times a week (classes, recreation, artisanship and donation of personal hygiene material), confirmed they will continue the project during January. 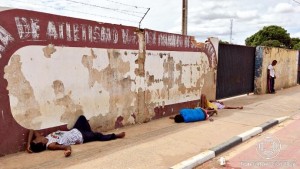 Drunk immigrants outside the shelter 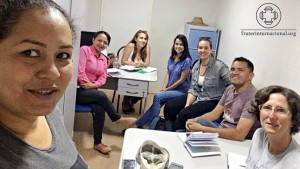 Meeting with the representative of the City Hall of Manaus 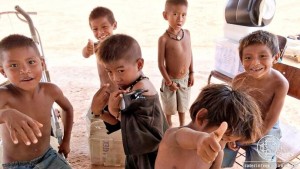 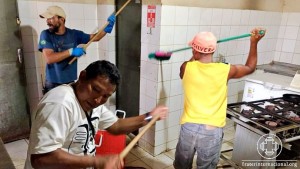 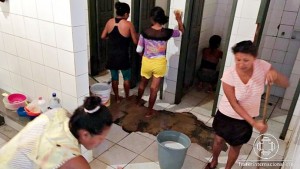 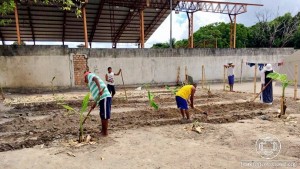 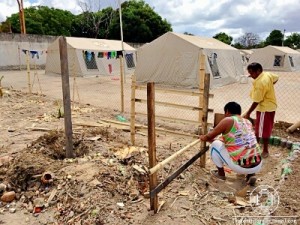 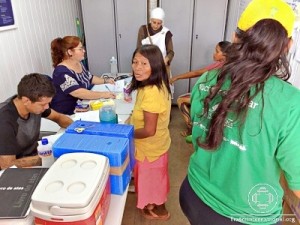 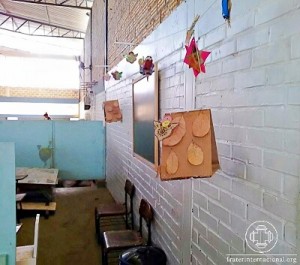 Christmas decoration at the school of the CRI 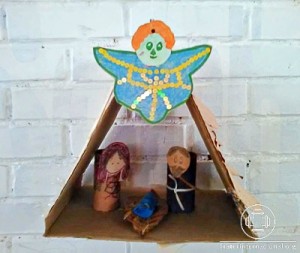