Bernd Ruf, considered the father of Emergency Pedagogy, and also the author of the book “Educating Traumatized Children”, has shared knowledge and experiences during Advanced Formation in Emergency Pedagogy carried out in Sao Paulo. The course was coordinated by the social therapist Reinaldo Nascimento and lasted for three days. 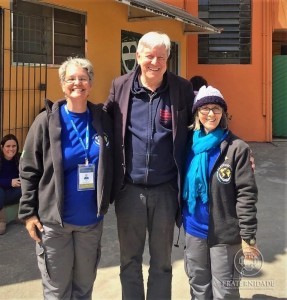 “For the formation of the missionaries, it was extremely important to deepen into this topic. The Emergency Pedagogy helps the missionary to understand what is behind a trauma. This facilitates a closer and deeper work in the contact with the pain presente in situations of refuge, traumas of relationship and sequels of natural and civil catastrophes, as well as in other collective movements that sicken the soul”, says Mariandja, a missionary of Fraternidade – International Humanitarian Federation who participated in the training.

In scenes of great tension, whether in a conflict zone, in the face of catastrophes or refuge situations, humanitarian response needs to be immediate. In different parts of the world, the techniques of the Emergency Pedagogy are used to alleviate traumas, especially among youths and children.

The work of educators in these contexts is fundamental to prevent traumatic experiences from causing blockages and permanent disorders. Besides damaging development and learning, this can lead a child to manifest very serious diseases after a trauma that was not overcome.

The Emergency Pedagogy is based on the principles of Waldorf Pedagogy, which takes into consideration the personal development of the child and gives conditions for it to find its own path in life.

A traumatized child has difficulty expressing its feelings and thoughts, and communicating. Forcing contact through direct verbal communication would only increase trauma. Therefore, the Emergency Pedagogy uses creative methods in the process of rescue of the being. By means of music, dance, modelling, sculpture and painting, for example, the child has the opportunity at last to externalize its essence and reveals signs of how it is internally. 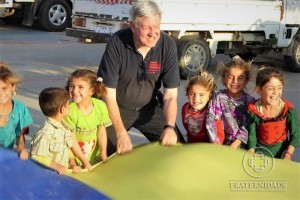 “In the book “Educating Traumatized Children”, Bernd Ruf brings a definition about Emergency Pedagogy presented by the psychiatrist Peter Selg. According to him, the Emergency Pedagogy is not a therapy of the trauma, but rather a pedagogical prevention of trauma in the initial stages of the crisis that seeks to act so as to prevent certain things from evolving, by cultivating a correct positioning and adopting correct attitudes”, highlights the pedagogue Analia Calmon (Acacia), a collaborator of FIHF.

The missionaries and volunteer educators of Fraternidade carry out a broad educational work in the affiliates and also in the Humanitarian Missions. The techniques of the Emergency Pedagogy are applied during workshops, experiences and in several educational activities conducted by collaborators. Training and exchange of knowledge among the educators is fundamental, so that the works may be even more effective.

“The Emergency Pedagogy has been one of the main pedagogical expressions used in the Humanitarian context of Roraima Mission, serving as a guidance so that each activity carried out may have as its ultimate purpose the healing and inner strengthening of children, adolescents and even their families. Thus, providing a space where those assisted in the shelters may feel with enough autonomy and capacity to conduct their lives along better paths”, states the Missionary of FIHF Anderson Pereira Santiago, the coordinator of the Education Sector of the Roraima Humanitarian Mission.

It was with this impulse that between August 23 and 25 five volunteers of Fraternidade participated in the third module of the course of Advanced Formation in Emergency Pedagogy. The seminar took place in the auditorium of the Monte Azul Communitarian Association, located in the periphery of the Southern zone of Sao Paulo.

Professor Bernd Ruf is recognized as one of the most important Waldorf pedagogues in the world. After a long experience in the education and rescue of traumatized children, Bernd gathered all acquired knowledge and officially created the Emergency Pedagogy in 2006.

Besides having carried out actions for children in critical zones in the Gaza strip, Sudan, Kenya and refuge areas in several regions of the world, Bernd Ruf acts as the executive director of Freunde Der Erziehungskunt Rudolf Steiner  in Germany. The non-profit organization was one of those responsible for the training free of charge, in partnership with the Emergency Pedagogy Association in Brazil.

Besides educators of FIHF and of other organizations, doctors, therapists and social agentes had the opportunity to deepen into knowledge about Emergency Pedagogy during the seminar. 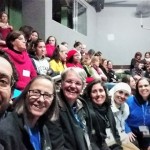 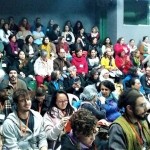 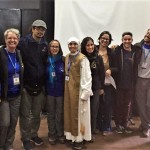 “Having contact with Bernd Ruf was very special, but so was being able to experience the workshops, meeting other people and learning a little about their work. Being able to speak about our work was very positive. The perception we had is that we were meeting again brothers and sisters of our journey. They are people who are gathering, understanding the pain of the world, vibrating this healing upon the planet, especially for the children and adolescents who live in it educational processes that go way beyond mere content. In truth, content is a far-away guiding thread for the main objective, which is empowerment, personal strengthening and healing”, highlights Anderson Pereira Santiago.

With the topic “TRAUMA AND SPIRITUALITY”, the program was conducted by the social therapist Reinaldo Nascimento, who was also responsible for the simultaneous translation of the speech of Bernd Ruf from German into Portuguese. Besides the theoretical sharing, the group also experienced workshops of modelling with clay, watercolor painting, games and eurhythmy. 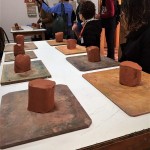 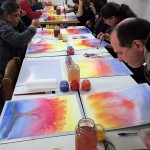 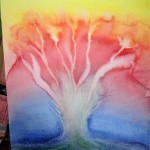 “We had the opportunity to experience some tools used and perceive how they touch our inner world. I left the workshop with a calmer breathing, relaxed and light. I was glad to see art present in each detail and how it heals. It was very special”, says Raquel de Souza, a Missionary of FIHF that works as educator in the shelter for Venezuelan refugees in Pacaraima, in the Roraima Humanitarian Mission.

KNOWLEDGE RECEIVED WILL BE SHARED

“Where there is danger, that which saves also grows”, the sentence said by Bernd Ruf during the seminar synthesizes the essence of the teachings transmitted, according to the pedagogue Analia Calmon (Acacia). To her, the impulses and instructions enrich the education work that is already being developed by Fraternidade.

“Art approaches us from ourselves as a way to head to our essence as a source of nutrition for moments that can bring about traumas, moments of pain. Bernd Ruf makes a proposal of how we can act in the intervention situation, when circumstances occur that lead people to traumas, especially children. We left inspired and our idea is not to let this impulse fall dormant. We will shortly organize a meeting with workshops to share this knowledge with other educators of Fraternidade”, concludes Analia Calmon (Acacia).