With great joy, dynamism, and a lot of fraternity, last week two different courses were taught in F2, one of the areas of theLight-Community of Figueira.

One of them had the title of “Workshop for Deepening Choir Interpretation”, managed by Jose Carlos D’Uva, volunteer collaborator of the Fraternidade – International Humanitarian Missions (FIHM), conductor and teacher in Music Education, who came from Portugal to offer us his vast experience, applied in several schools and choirs, and in various humanitarian types of activities carried out in South America and in Angola. 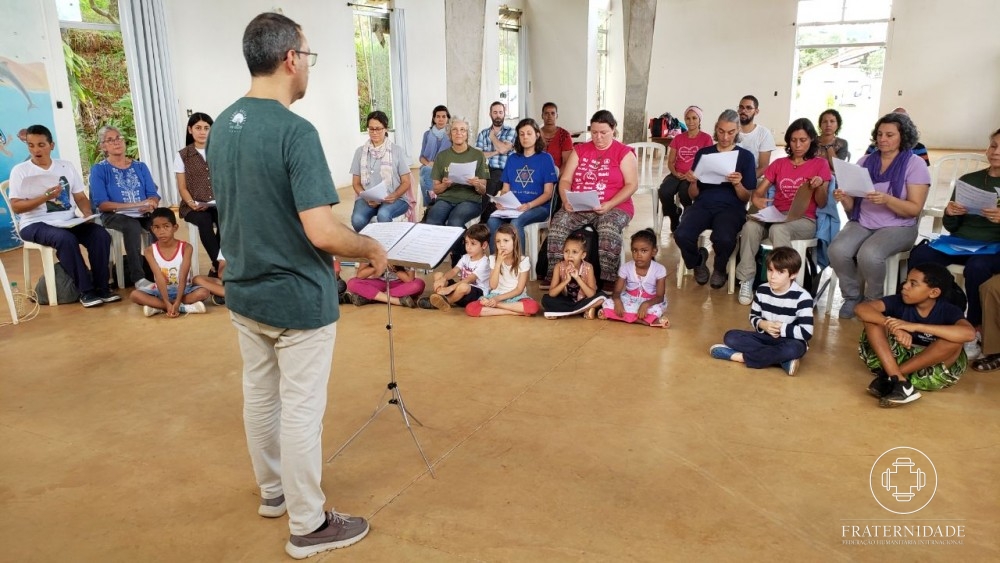 Children and adults of the Light-Community, members of the Choir and others who enrolled, having come from several places in Brazil, were guided by the method developed by Jose Carlos, “Grow through Singing,” which is also the title of his book.

Regarding the workshop offered to children, he says: “I feel responsible for progressively helping to implement the pillars of the school, investing in the training of the little ones, as if it were a seedbed.”

Now, for the adults, according to him, the proposal was to “give an impulse so that the adult choir could continue to rise up more each time, into a dimension that can be further explored, mainly in relation to expressiveness.”

In the last session, the conductor joined the children’s workshop with that of the adults, to make a presentation to the parents, who  also participated at the end. “I felt that it was worth it to have come; the seeds will remain,” commented Jose Carlos, with much joy. 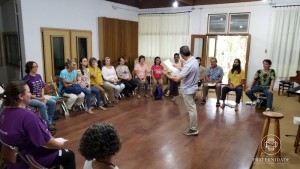 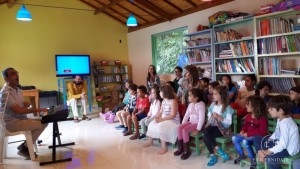 The other course, “Agricultural Astronomy,” included the broad knowledge and wisdom of professor João Batista Santiago Freitas, agronomist, with a doctorate in biochemistry, and various post-doctorates in agricultural astronomy, which is a science that teaches respect for the movement of the stars for planting and other care of plants. 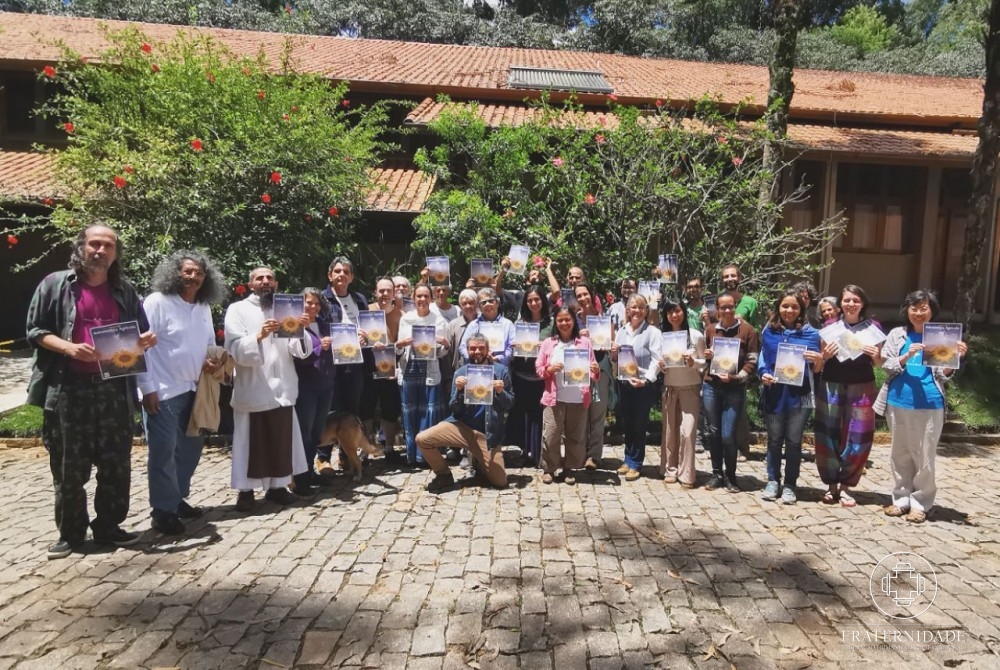 According to him, “when planting is done without taking the  movement of the stars into account, we remain without a reference on how to minimize the stress effects caused by the magnetism of the Cosmos on the plants.”

The course sought to broaden the awareness of collaborators and associates who already work with farming and with agroforestry, since agricultural astronomy, in addition to maximizing the objectives of cultivation, is still used as a tool as opposed to the use of poisons, and is already practice and a primary principle in the Light-Community. 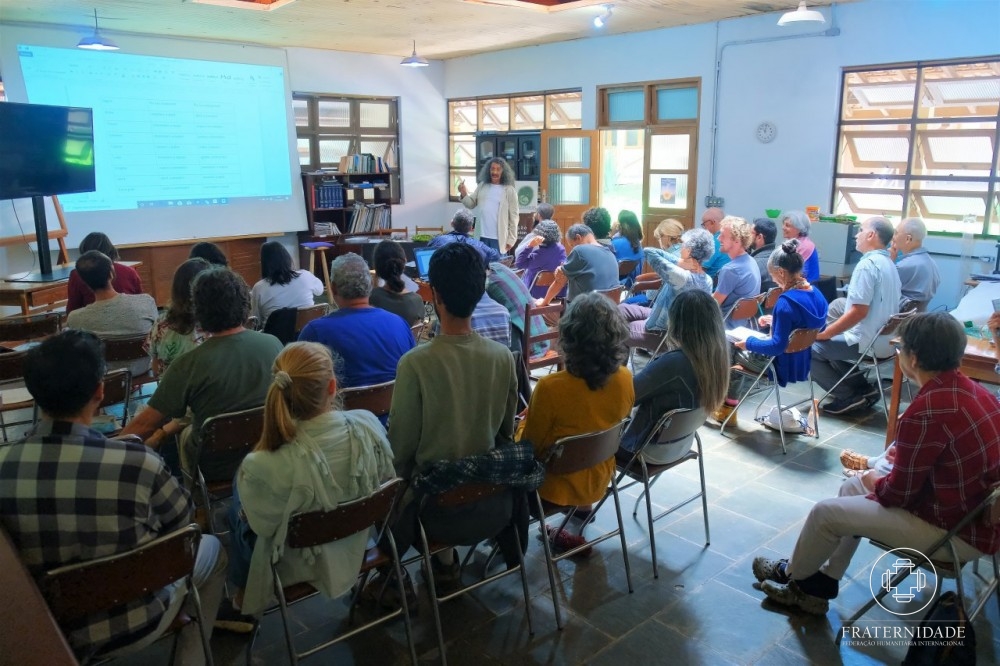 “In that ancient study, we take advantage of astronomy to manage the crops so as to minimize the attack of pests and improve production, without using agrochemicals,” explained the professor.

In a natural way, respecting the lunar cycle, and a careful observation of each plant species, the content of the course offers the possibility of rescuing the ties between humanity, the Plant Kingdom, and the Cosmos, scientifically demonstrating that everything is connected in a relationship of interdependence. 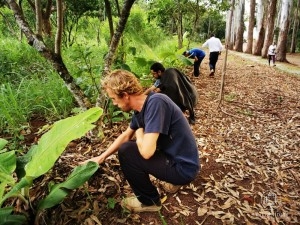 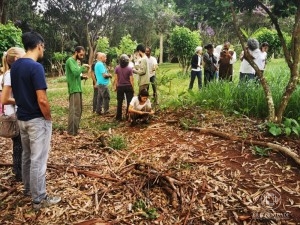 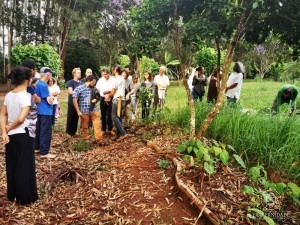 With these gifts that the Light-Communityreceived, with such edifying studies, not only the participants of the two courses, but also the collaborators integrated into the rhythms of the area, in the various support tasks, acted with commitment, vibrating in cooperation, peace, harmony, and much gratitude.