Humanitarian Roraima Mission – Support in the registry of Venezuelans 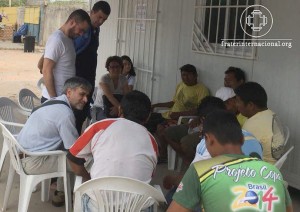 During this month, the shelters received the visit of several organizations and governmental institutions, such as the North-American Embassy, the Italian Embassy, a delegation of the European Union, the Teaching Marist Institution, the Pan-American Health Organization (PNHO), the Organization of American States (OAS), the Brazilian Red Cross and Rotary International, among others. In general, all pay a visit to the office of Fraternidade – International Humanitarian Federation (FFHI), located downtown, in  Boa Vista, capital of the Brazilian state of Roraima.

In the first half of this month, FFHI collaborated with the United Nations High Commissioner for Refugees (UNHCR) in the registry of the people who were settled in one of the great squares of the city of Boa Vista, called Simon Bolívar, near the International Bus Station and the Federal Police. About 1,000 people previously registered were referred to the obtaining of refuge protocol of temporary residence with the Federal Police. 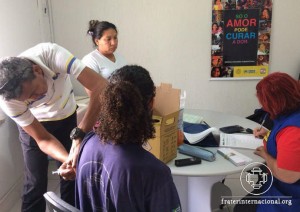 Due to the outbreak of measles that is taking place in the state of Roraima, it has been recommended that the team of FFHI carry out a “blockage of measles”, by means of the vaccination of all participants of the mission, on March 13.

This month was marked by the beginning of a more direct intervention of the Federal Government by means of the effective action of the military forces, especially of the Brazilian Army, in the State of Roraima, through the “Welcome Operation”, a Project carried out to welcome with dignity and lead to internalization the Venezuelan migrants who are in a state of need.

The Project includes actions of structural and operative improvements in all units of reception to the Venezuelan migrants already existing in the state, as well as foresees the implementation of so many others, so as to supply the demand of shelter for the population that continues to enter daily across the border of Brazil with Venezuela in Pacaraima, as well as for those who are already in a street situation. 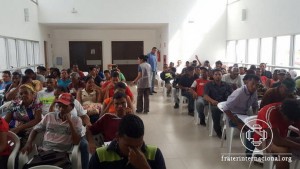 Venezuelans in the Federal Police 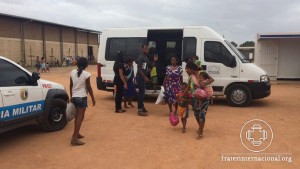 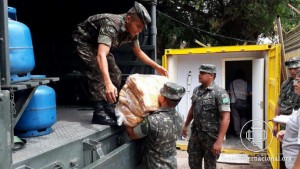 Support of the Army