The week began with a group prayer in the shelter with the presence of members of the monastery of the Grace Mercy Order. 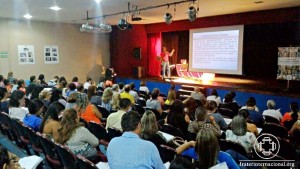 Two missionaries of the Fraternidade – International Humanitarian Federation – went to the city of Manaus, capital of the state of Amazonas, to participate in the ‘State Meeting about Migration Policy in the Amazonas”, which took place on the 13th and the 14th. The meeting had the participation of several organisms of the state and federal government, and national and international institutions of human rights and humanitarian help.

The goal was to discuss and refer proposals for the implementation of a migration policy in that state. Among other subjects, were discussed the new Law of Migration in Brazil and international Refugees Law.

During the meeting, immigrants from Cuba, Colombia, Venezuela and Haiti made a report of their experiences in the country. “It was a very  productive moment, in which we could have this contact with the authorities of Amazonas who are dealing with the issue of the Venezuelan immigration and with the organisms that take care of health. Most of these immigrants passed by the shelter in Roraima and with this new channel open we will be able to monitor their transfer and health condition, especially of the children”, said Clara, a missionary of the Fraternidade. 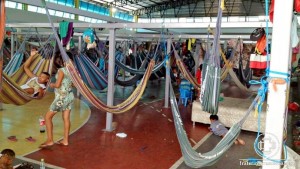 The missionaries who participated in the meeting visited and learned about the structure of the shelter for the Venezuelan immigrants in the city of Manaus, which has the capacity for up to 300 people. The shelter is administered by the state government and has 16 officers working in the place. The accommodation is made by means of hammocks installed in structures inside four rooms partitioned in a gymnasium.

“We made contact with the teams that are managing this shelter and shared information that we will take to the shelter in Roraima. We also met again many Warao Indigenous who had been in Boa Vista; It was a very happy moment of celebration”, said Clara.

There are currently about 240 Venezuelan Indigenous immigrants of the Warao ethnic group living downtown in five buildings in Manaus. They will be realocated to shelters as soon as the state government receives the funds from the federal government.

On Thursday, 15, lunch in the CRI – Center of Reference for the Immigrant, in the city of Boa Vista, state of Roraima, was offered by a group of the Masonry.

Another meeting was held with the Indigenous Chiefs about little thefts that are taking place in the shelter. 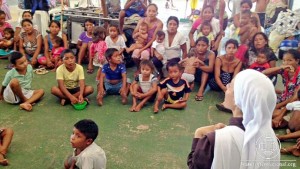 A dermatologist doctor conducted 36 attendances of refugees with skin problems. A priest of the University Pastoral and a representative of Unisol Brasil (Group of Co-ops and Solidary Endeavors of Brazil) visited the CRI for future collaboration. A member of the UNHCR (United Nations High Commisisoner for the Refugees), accompanied by an architect, also visited the CRI to see the renovation project of the place.

Friday, 16, began with prayer and distribution of the tasks of cleaning of the areas of the shelter. Activities with children and health attendance were conducted. Several people visited the CRI in the morning and offered voluntary work and food. In the afternoon, the missionaries gathered via internet, with representatives of the Pan-American Foundation for Development, who wanted to learn about the work of the Fraternidade with the Venezuelan immigrants. 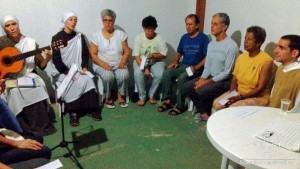 On Saturday, 17, in the morning, the group raised food at supermarkets and in the Fair of the Producer in the city of Boa Vista. In the afternoon, a meeting was held with the women of the shelter about the habit of begging for alms and the alternatives to avoid it, such as the making and selling of artisanship. Milk powder and hygiene products were distributed.

Still in the afternoon, the group watched in the Nucleus-of-Light of Figueira in Roraima the sharing of Trigueirinho broadcast live via internet. Then they participated in the meeting of the choir, with residents, members of the monastery and collaborators.

Sunday, 18, was a day of recovery, harmonization of the House of Saint Joseph, and organization of donations for distribution. 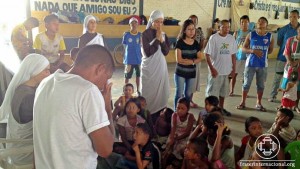 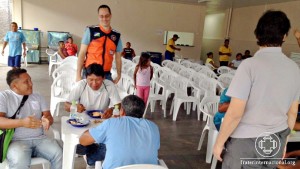 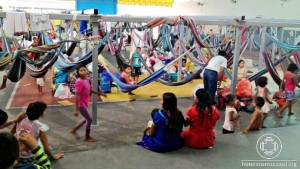 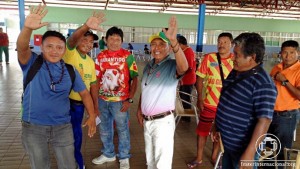