Twenty young people of the Community-of-Light of the Nova Terra, in Teresópolis city, State of Rio de Janeiro, Brazil, attended the First Aid Course, from Oct. 13 to 16.  The group received instructions on first aids and basic survival techniques. 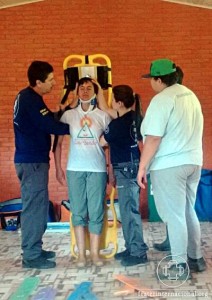 The event had as instructor the physician Dr. Vitor de Sá, with the support of members of the Solar Group, affiliated with the Fraternidade – International Humanitarian Federation.

During these three days, the young people were instructed on basic techniques of first aids, survival in emergency cases and also on emergent procedures in disasters. All along the activities, the spaces of the Community-of-Light were used to train several situations, such as the learning of immobilization and transport of injured people.

Raquel is part of the GAAP (Grupo de Amor e Ação Preventiva – Group of Love and Preventive Action) of the Community-of-Light of the Nova Terra and also participated in the course. “It was a very important course in this moment. This first module was quite complete in many ways. We noticed the union of the Solar Group with the GAAP and the effort of the young people during the event. All this strengthened our will to be useful in any single situation”, said Raquel. 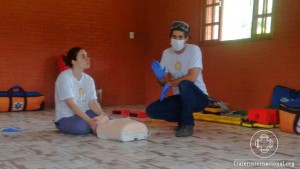 Both the GAAP and the Solar Group and, even the group itself formed during the course, are considered as Groups of Service. According to the book Glossário Esotérico (“Esoteric Glossary”), by Trigueirinho, each individual who is part of a group of service has as its primary task the expansion of its own consciousness,  what will reflect in the quality of the service it can render. The text also explains that a group properly attuned with the Hierarchy, although not numerous, can operate significant transformations on a planetary level or beyond. 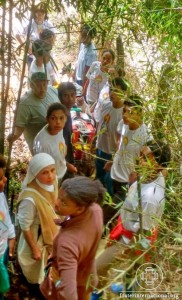 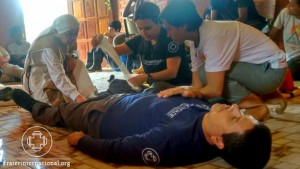