Missionaries visit houses with difficult access in the locality of Pangalillo, 30 km from San Javier, region of Maule, Chile. These houses, many of them completely destroyed by the fires, have not received any help from the Government.

The group walks on tough treks moving from one house to another.

The group split into two fronts of work. One stayed cleaning and removing debris from a house totally destroyed by the fire. The other became in charge of taking food and other donations to nearby houses.

Some dwellers placed notices on the path asking for help. It was the case of a resident woman visited by the missionaries, who managed to save her house throwing water around it, but the whole cultivation of the place was destroyed. She received some donations.

In another place, the residents lost everything with the fire, such as cars, tractors, machines, including a house that was over one hundred years old.

In order to manage to arrive in a house, the group had to walk two km, with very steep parts, and having to open way due to obstacles. 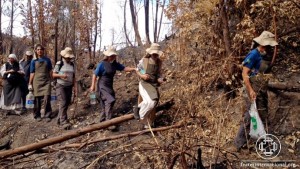 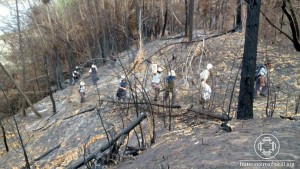 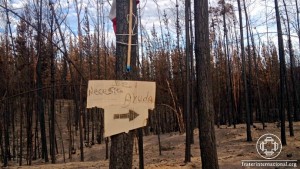 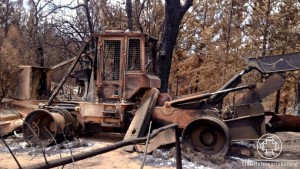 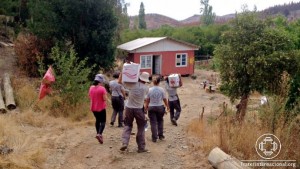 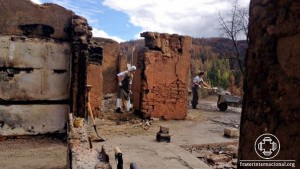 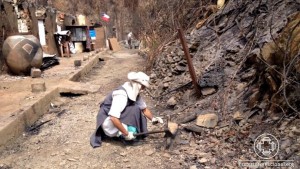 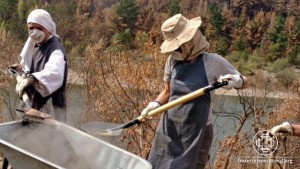 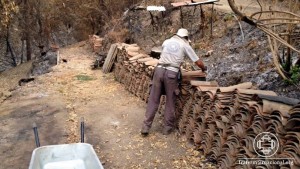 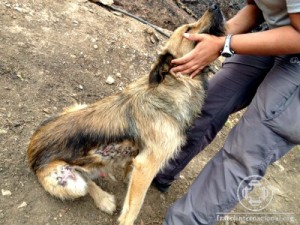 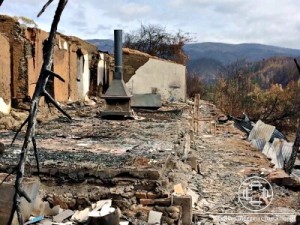 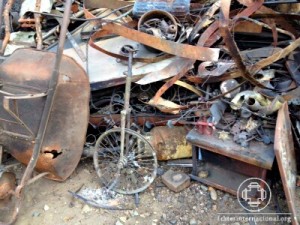 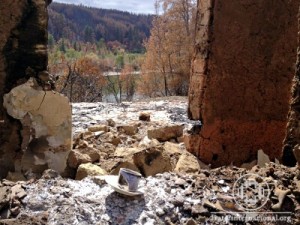 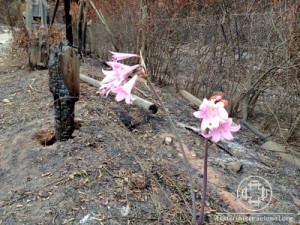